Scott McCloud talked about how iconic images could portray certain moods, and if other cartoonists picked them up, it would become part of their language. I wanted to pay tribute to certain icons that never quite caught on. 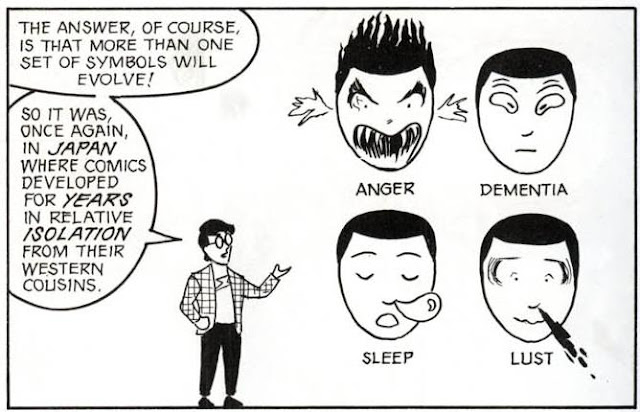 In my last post, I talked about the usage of dots, and that got me thinking about other iconic signatures that certain cartoonists use that no one else’s picked up on. One that comes to mind is the ! sign that shows above Blondie characters when they’re surprised. The difference being that there’s no period point - their heads fill that role. 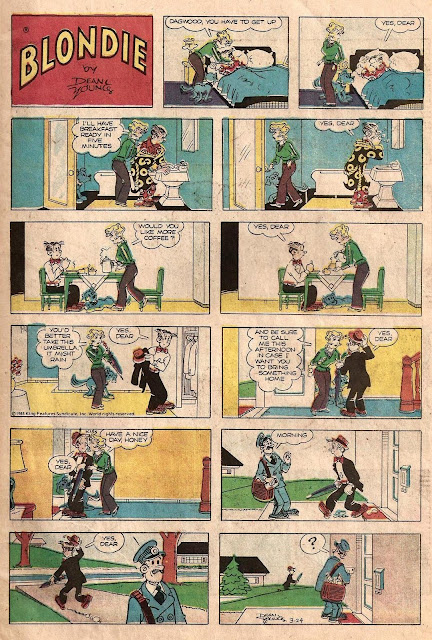 Here’s a close-up of the last two panels of the strip. Here, the !, and later, the question mark is given its own balloon. Even though the ! could’ve been contained in a balloon of its own, there’s no iconic equivalent of an ? there. This example always stood out for me.

Another lesser known example is the pointing of fingers in the British comic, Beau Peep. (I may do a future blog post about this strip)

In here, the icon is more of an accompanying noise with a motion. It appears when the person’s acknowledged something, or figured something out.

Here’s a rare first panel example of the technique. Here, it’s very subtle, but the “Click!” may be coming from the snapping of fingers. That could be portrayed in an easier manner, with a little spark in front of the fingers, like most Mangas do it. The “Click!” is rather tricky to convey in other comics, which is why I suppose only this comic has it. Not all experiments work out, which is why we’ve got to keep trying new things. 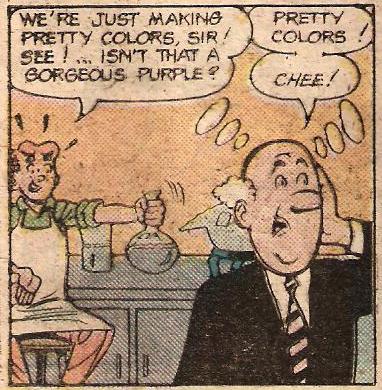 I have no idea what to call these, so we'll call them "ovals" for now. This usually showed up when an Archie character was exasperated by something. It was usually accompanied with a hand slap to the face. 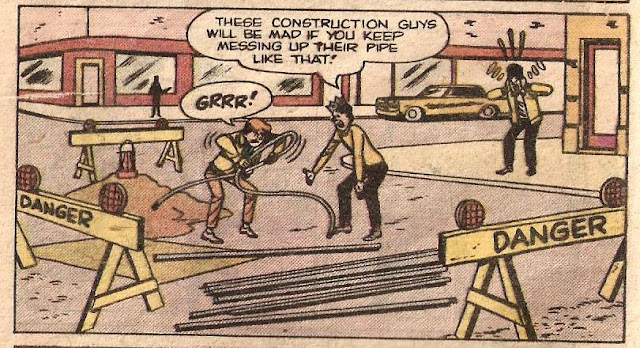 Here’s a rare half-oval, without an accompanying slap. I suppose Archie’s interruption filled that role. 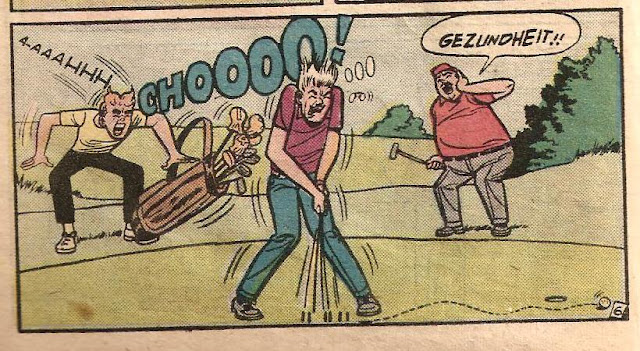 Here's an even rarer example - a reaction without a single physical element influencing the character. (For those of you curious as to what happened, you can read the entire story here:)

After seeing this element in multiple places, I was finally able to figure out what emotion this was conveying - disbelief in what they were seeing or hearing. 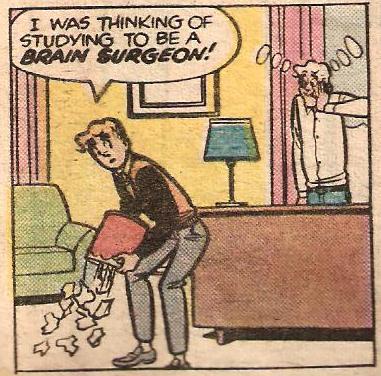 This is an even trickier emotion to convey than insight, and there aren’t too many instances where this could come in play. Newspaper comics were more likely to use the pull-away “plop” panel where a character would faint backwards at something somebody would say. This was eventually taken to ridiculous extremes by Manga characters who would react violently, by slamming straight at the floor, causing earthquakes everywhere. 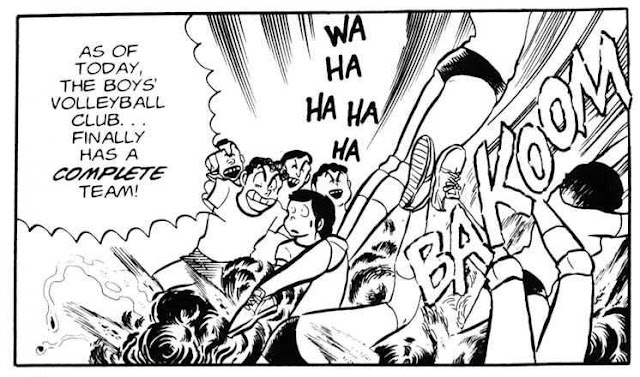 The closest we ever got to seeing this happen in another comic was in Jeff Smith’s Bone, when Phoney Bone was receiving a reversal of fortune upon Lucius’ Bar bet. 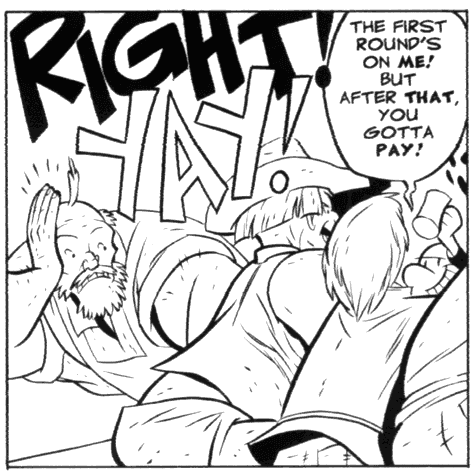 We could’ve gotten a revival that could’ve been picked up by other cartoonists wanting to capitalize on this forgotten technique. But Jeff Smith said he wanted to use his own brand of cartooning, and that meant no flashbacks, no narrative boxes, and no thought balloons. While I can appreciate that kind of straightforward kind of storytelling, I’m still left wondering if he missed his opportunity in that single panel alone.
Posted by DeBT at 6:00 PM