For the longest time, I wondered why so many Newspapers hated the Comics Page, even though it was the most widely read feature, next to the front page.  It was only when viewing the vast backlog archives of Newspaper Comics that I gradually began to understand.  So much of it is a vast wasteland of repetition, and it was only recently that some rare gems managed to shine their brilliance through.  Newspaper Comics are really just a lure for the real meat of the Newspaper, which is to deliver... News.  What a concept!

A word of warning - reading multiple Newspaper Comics in one sitting is not conductive to your mental health.  There's a reason they're spaced out on a daily basis.

Interestingly enough, the political editorial comics that are an additional feature giving commentary to the latest world events are labeled... Cartoons.  Apart from the occasional drawing that's broken down into multiple panels, they're not stories following a continuous narrative, but reflecting on the events of the day. 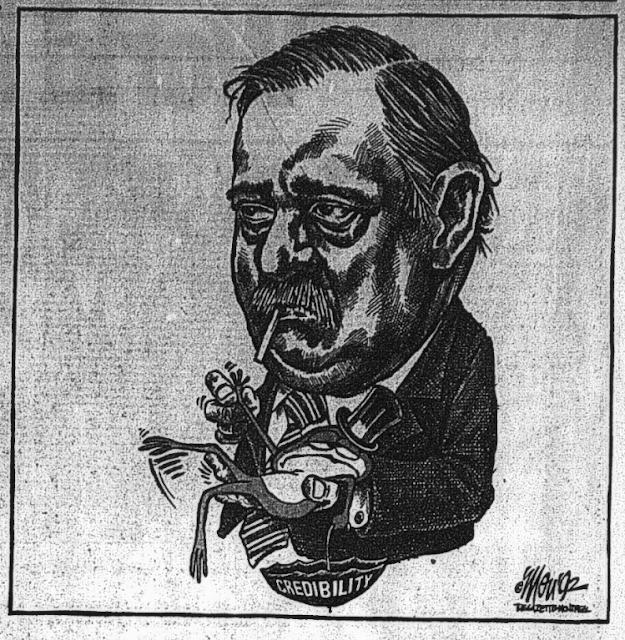 With that tenuous explanation out of the way, one of the ironic things is that while Newspaper Comics may be widely loathed in the Editorial Circle, they also happen to provide some helpful shorthand in expressing certain themes to a wider audience. 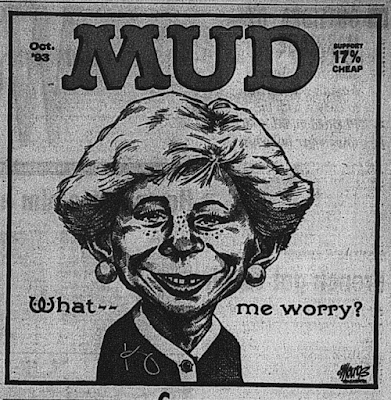 This was back when Kim Campbell was the first Female Canadian Prime Minister... for about four 1/2 months. 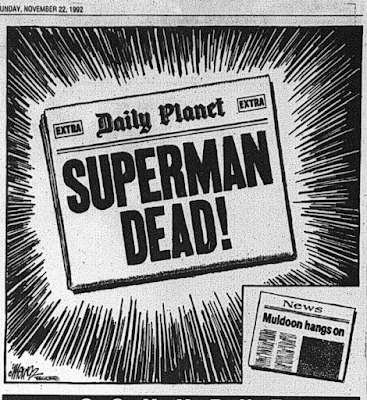 One of the most common inside jokes is that Canadian News tends to be rather dull compared to what's going on elsewhere in the world.  Nowadays, I would kill to stop that particular Chinese Curse.  (Well, not literally, but that's the general feeling)  As proof, here's a non-comic related example: 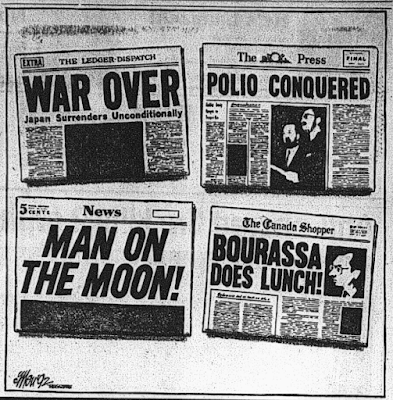 You can get a general sense of what was going on around the at the same time some of these comics - I mean Cartoons - were published. 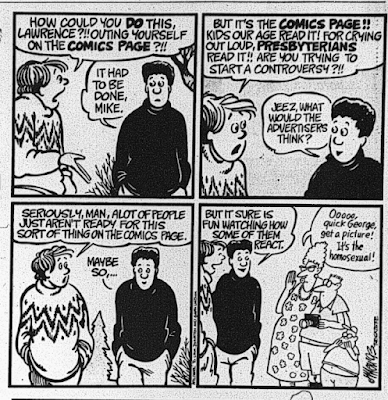 This one below, was printed shortly after Herman retired from the Funny Pages. 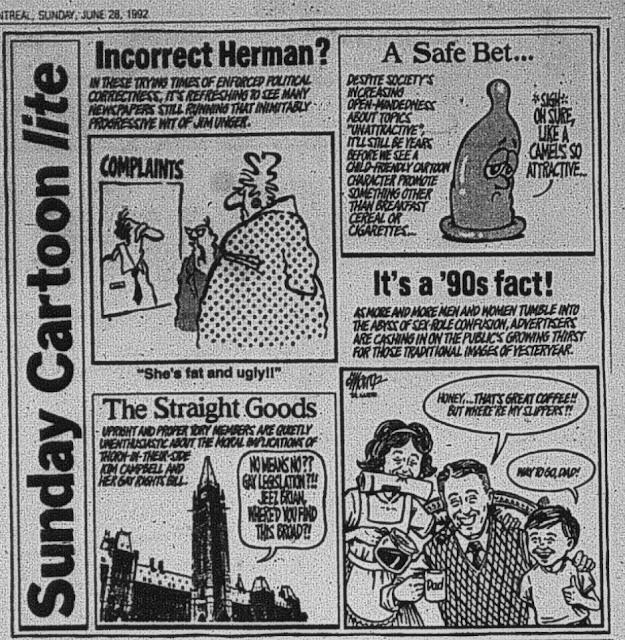 And this was after Blondie entered her Catering business. 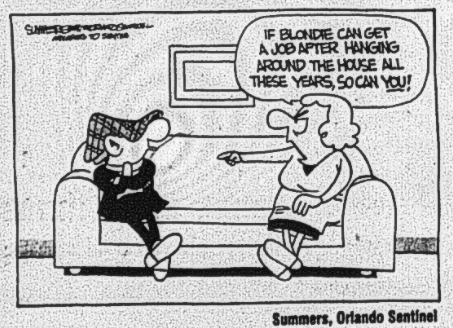 Considering the ease of some of the simplistic designs, aping other Cartoonist's art styles is hardly a challenge.  It's a wonder it's not carried out more often. 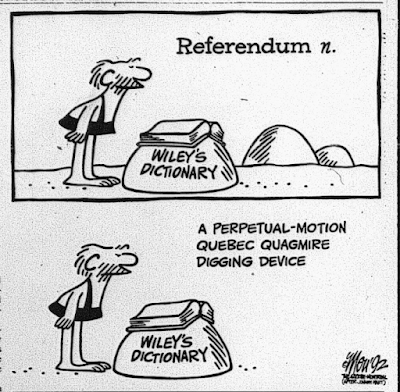 One such stellar example I looked long and hard for was an unflattering cartoonish caricature of Brian Mulrooney done in the style of... well, I'll let the results speak for themself.  I could swear there was another one along similar lines, but have been unable to successfully find it thus far. 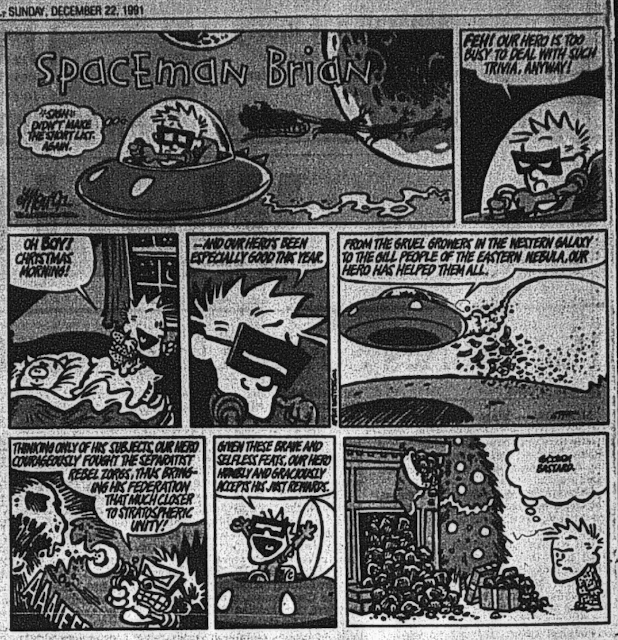