With the last of the Noodles comics having reached its roundabout conclusion a month early, I was worried about what I would fill the last month with.  As it turned out, the Sunday Fridge Door feature continued on without Gamboli's presence. 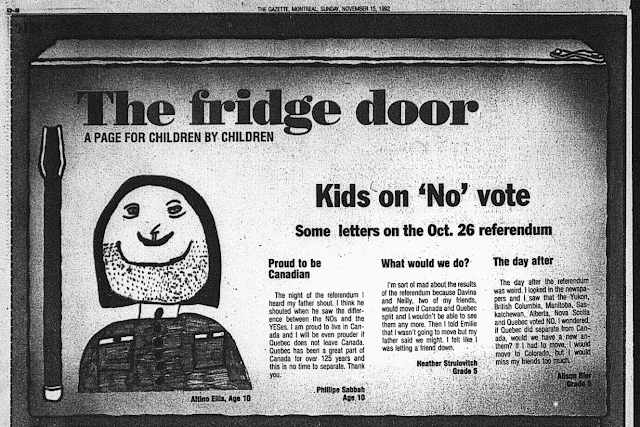 For the most part, I wasn't terribly interested in what infantile kids had to say, and mostly skipped this section, though I made an exception while browsing the Sunday section for notable articles, and it was a good thing I did, since it captured a snapshot of the general mood of what it was like back then. 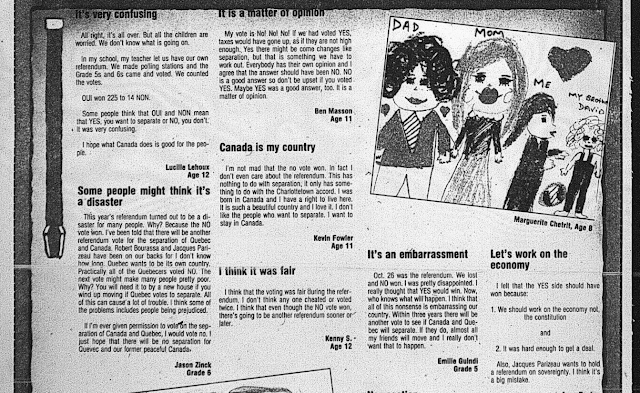 There was great social unrest and upheaval over the Referendum on whether Quebec should separate or not.  It was a slim majority that wasn't completely over 51% that saved us from becoming an early model for Brexit two decades later.

Then, a little later, there was a request to send in reviews of what kids liked, which was a wise move, since they were more likely to talk about what they were most passionate about, which just so happened to be videogames, movies and young novels.  Of course, back then, Young Novel Paperbacks were more along the likes of short 180 page short stories rather than Harry Potter bricks, so your taste in young literature might vary. 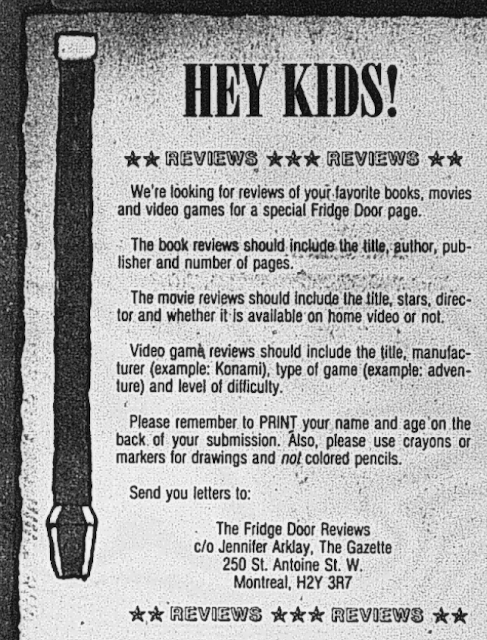 Naturally, I saved the ones that had amusingly drawn pictures of movies, or at amusing as they seemed back then, when perceived sequels were going to continue draining what little originality a beloved property once had. 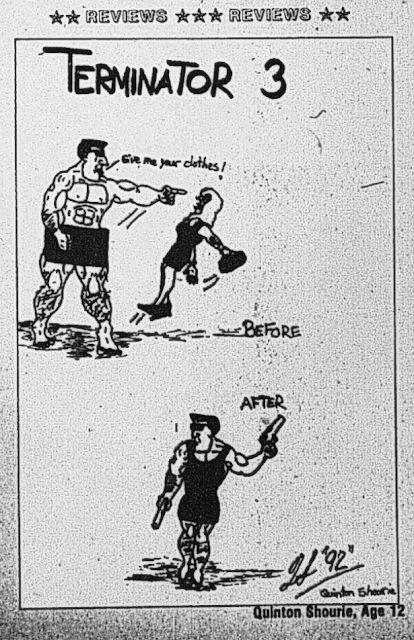 As I said before, the majority of children's literature and media consumption in the 90's were much more limited, so in addition to children's books, ranging from as little as 30 pages to an average of 64 pages to the ceiling of 164 pages.  Only Betty & Veronica comes close to Harry Potter levels with a whopping 200 pages, but you could still flip through that with your eyes closed. 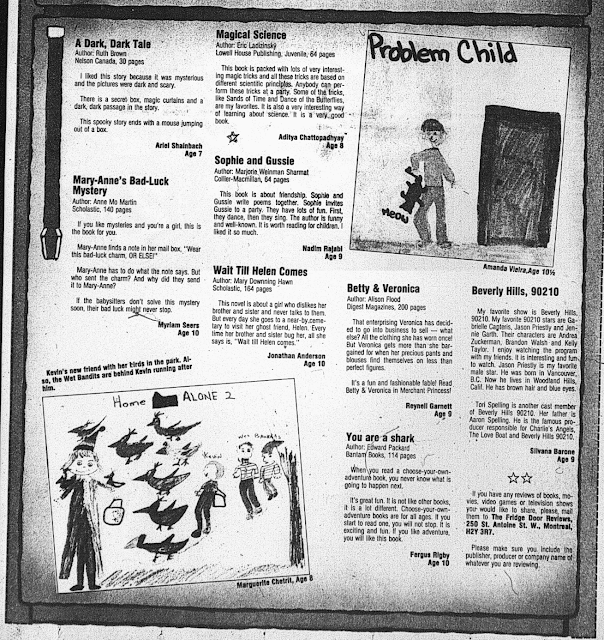 Later, there were the occasional videogame review, but these weren't too frequent, and soon enough, games got enough of a reputation that they eventually got their own section in the paper, pushing children out of the way.  Let adults do the work that these infants can't elucidate properly on their own! 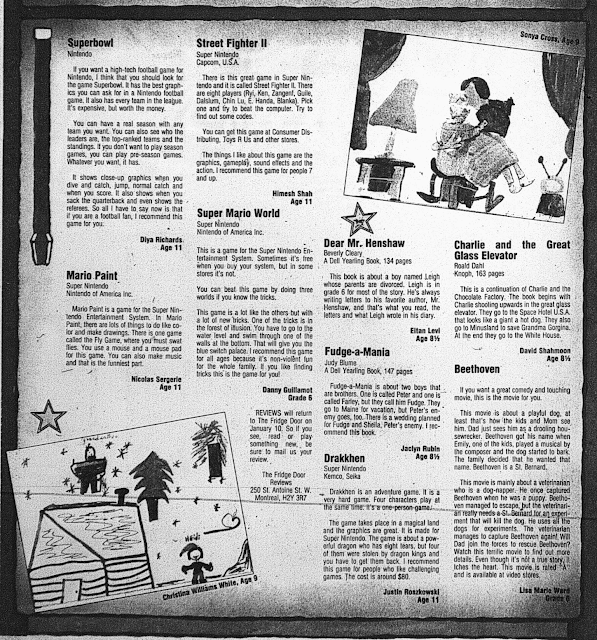 After that, quality control reverted back to familiar levels, and there wasn't much interesting material to look at anymore.
Posted by DeBT at 8:04 PM