Fridged and a Closed Door

So, after the rather uneventual breather episode of last month, we get a return to normalcy with a state of hibernating away from hunters. 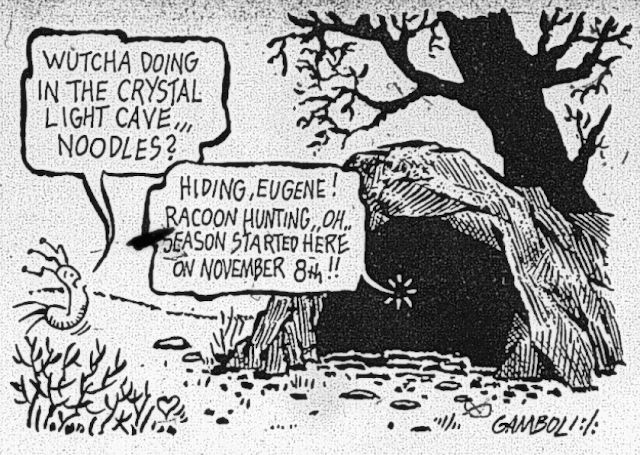 Picking up on the theme of broadening expectations, this is just a serene prelude to the next big serious issue. 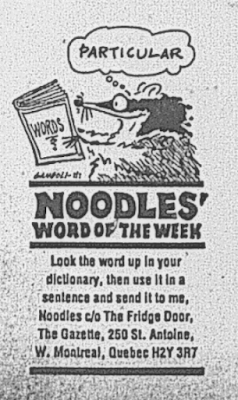 Yup.  Eugene gets shot and doesn't walk (Float? Crawl?) away from the incident unscathed. 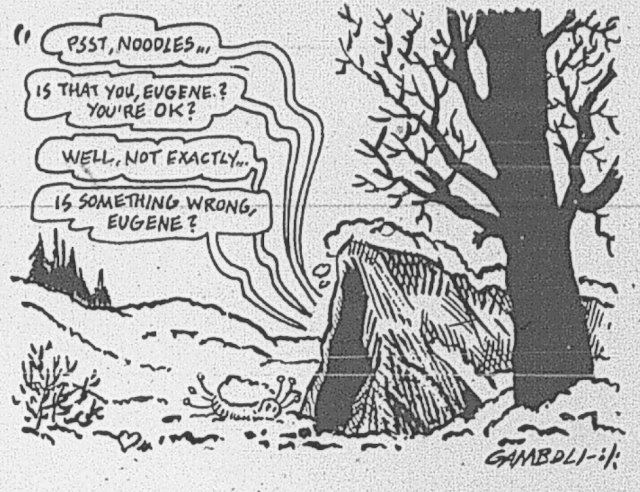 As if this incident wasn't disturbing enough, it occurred just around the time of the Polytechnique Massacre on December 6, 1989, a horrific attack against women, leading to 14 deaths, and was the prime motivation for gun control in Canada.  This goes far beyond the special message that happened not that long ago. 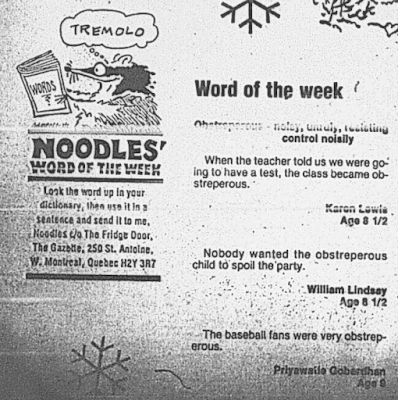 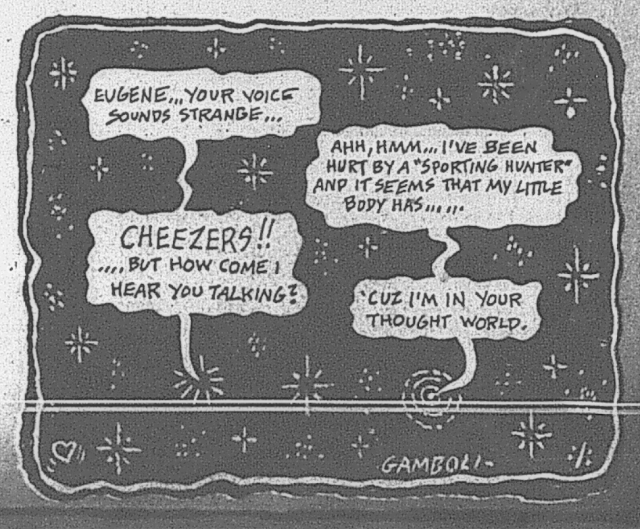 It's also the only time that the Word of the Week feature is left suitably blank. 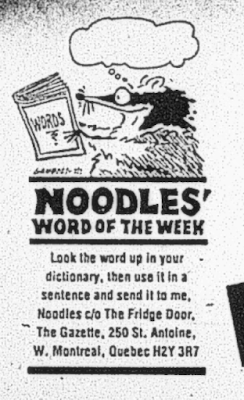 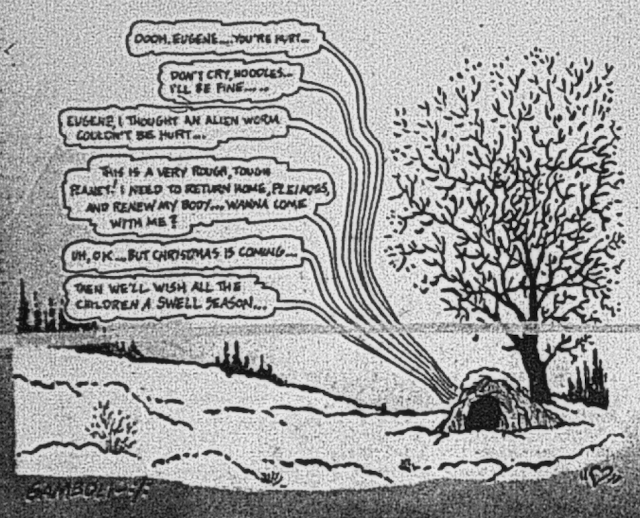 And yet, despite these hopeful words, we never get to see Eugene ever again. 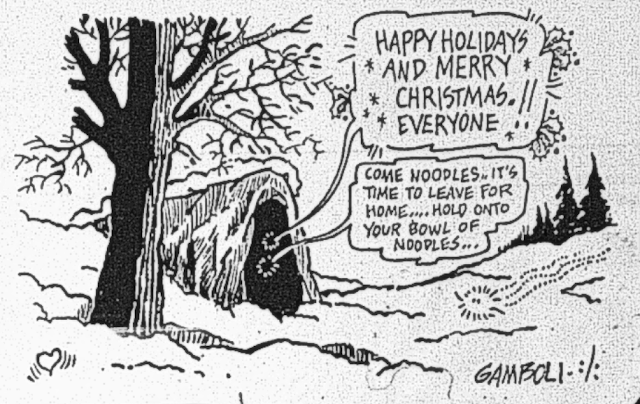 You could be forgiven for not noticing the floating piece of fuzz outside the cave if it wasn't mentioned in the feature index on the top of the sectioned page. 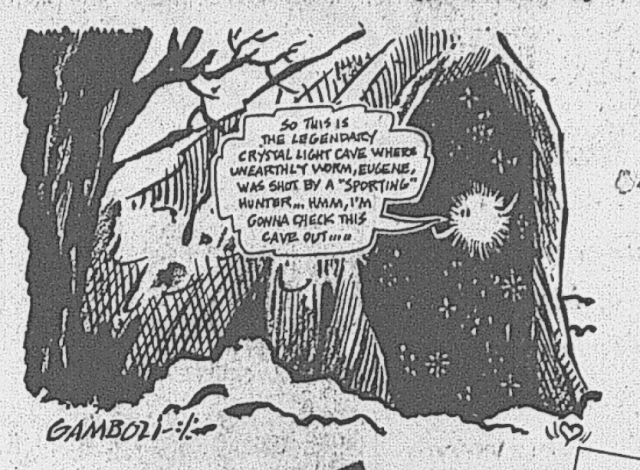 And thus, we've come full circle to the beginning of my first entry of the last three months of The Fridge Door, where I mentioned that this hunting accident.  Though it was most likely overlooked or forgotten by people who didn't notice it in the first place.  In the absence of Eugene's presence, something was lost.  The cartoon section of The Fridge Door tried to continue in a new format based on reader input, but the rambling format and loss of control wasn't enough, and it was promptly retired with nary a response.

Still, how many children's newspaper features can you name that had a gun-related death in them?
Posted by DeBT at 5:27 PM