It’s Remembrance Day again, and it’s a suitably appropriate time to commemorate for the 100th Anniversary of the end of the War to end all Wars.

In years past, I would’ve posted a link to the first major story arc of Charley’s War in the Somme, but the Mediafire account I used got shut down, probably from lack of activity.  It wouldn’t be much use, since there’s now a much better format for seeing all of Charley’s War anyways.  The entire series has been collected in three bulky volumes, from Rebellion press. 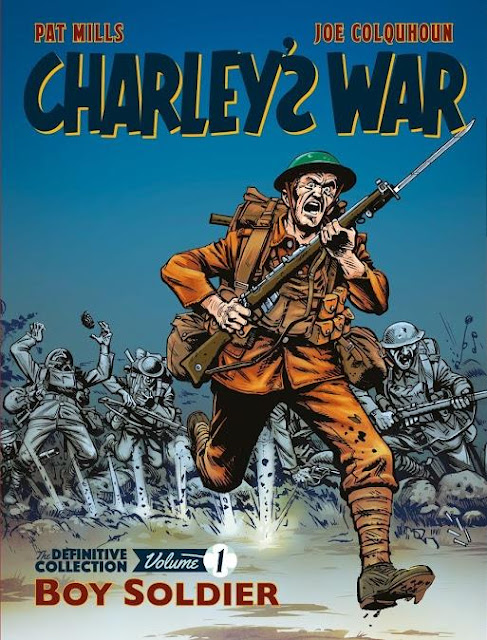 In place of the photorealistic stock images of the early Titan editions, they have appropriate cover art, showing the glory that is Joe Colquhoun's art, which is on par having Bill Maudlin’s wonderfully weary army veterans told in story form.  In political terms, that’s the highest praise that can be garnered. 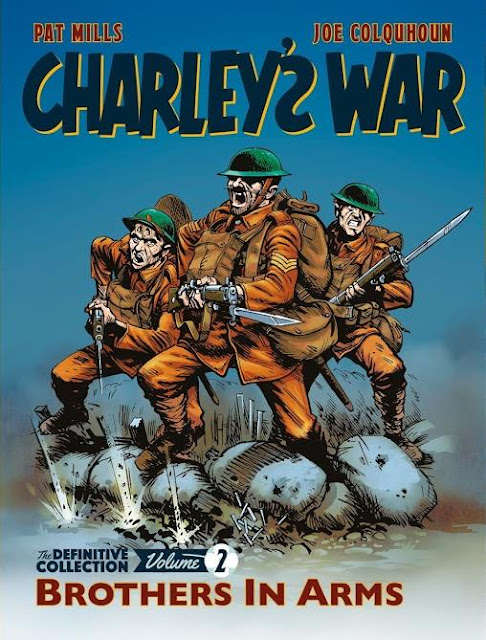 The larger collections also have the benefit of having large sections of the story available all at once, and helps reduce the annoyance of having storylines suddenly stop midway, just as things were getting good (which, given the nature of cliffhangers, were pretty much all of them) The only volume that didn’t end on a cliffhanger was the 4th volume, Blue’s Story, and appropriately enough, it’s the only story that doesn’t show up in the first omnibus.  Rather, it's the first story in the second omnibus. 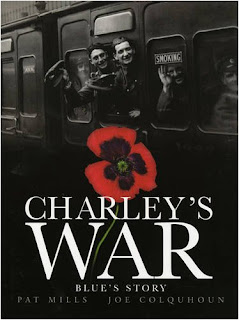 The newer editions also have the benefit of having colour art, though there's a few pages that the author Pat Mills thought would work more effectively in Black and White.  As a period piece, I can't disagree with his assertment.  The omnibuses also have the complete storyarc of The Great Mutiny, that for some reason, was missing six crucial pages of the controversial incident.  It was so outrageous that there's a media blackout even now, and the British higher-ups have constantly denied it ever happened.  The only thing I wasn't a fan of was the cover for the 3rd book, which while well-drawn, is bereft of any identifiable faces.  But for a list of potential complaints, such as the paper stock being too shiny, that's extremely low on the disagreement department. 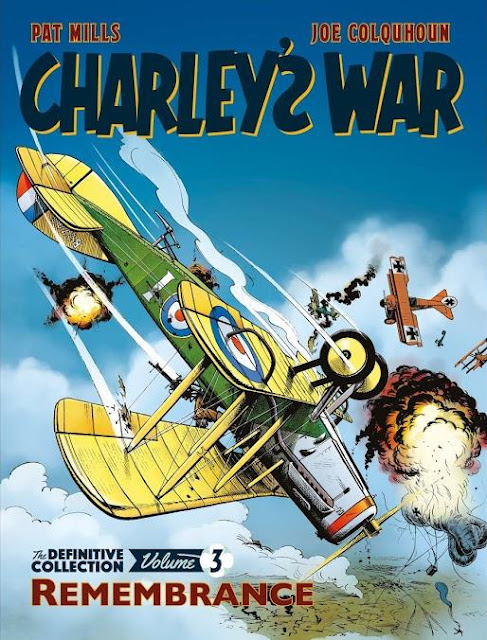 There's no better way to pay your respects to the thousands of people who died than to read the best dramatization of WWI guised up in a boy's weekly action magazine format.  Well, maybe other than making a donation to veterans for their service, but that goes without saying.
Posted by DeBT at 8:50 PM