When a creator's been working on a title for any extended period of time, they get a sense of importance, and feel the need to be doing something serious with their time.  That in order to get recognized as a platform of notoriety, they should be contributing something of substance to their work, which can wind up being offputting in execution.

At least, that's my interpretation after seeing multiple iterations of what I've seen from multiple works, some with some success, some less so.  And this was present within the features of The Fridge Door with the introduction of a completely new frenetic character, that accurately matches the Word of the Week.

This guy is Morder, and he has something to sell you. 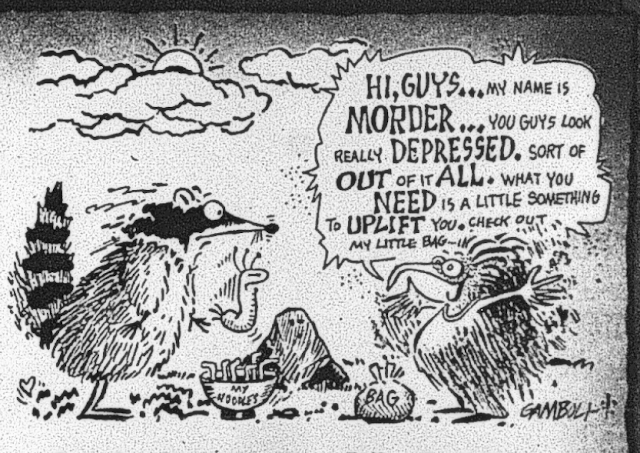 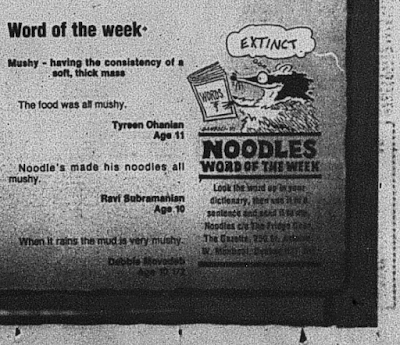 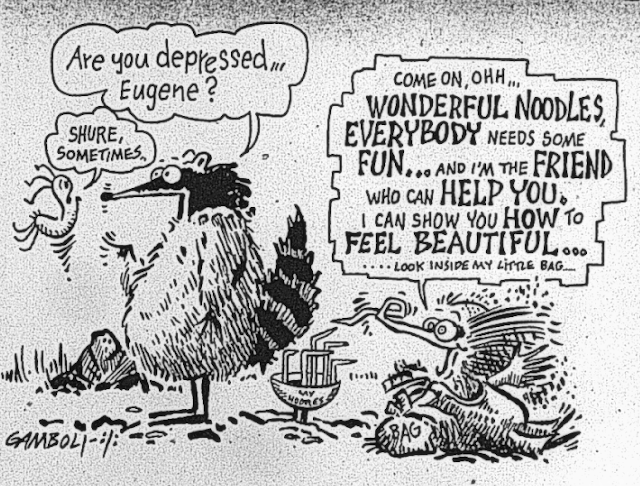 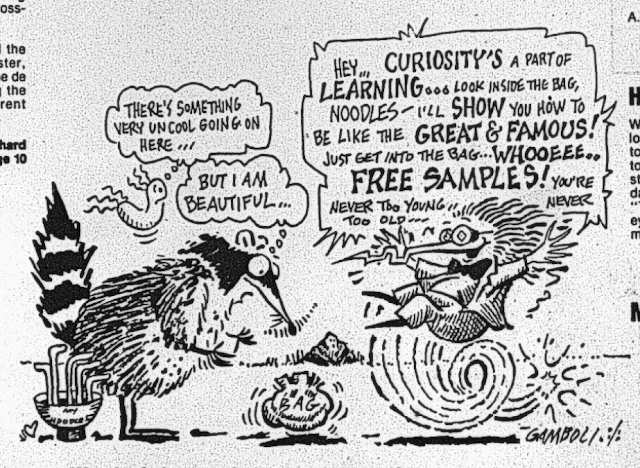 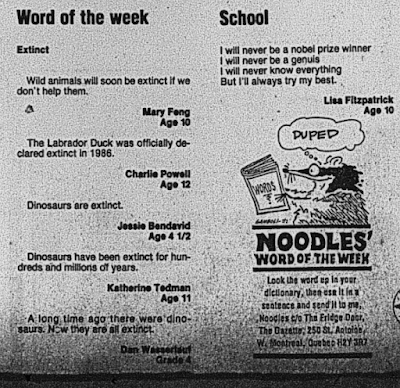 There's a certain ominous quality to these Word of the Weeks throughout the month lately. 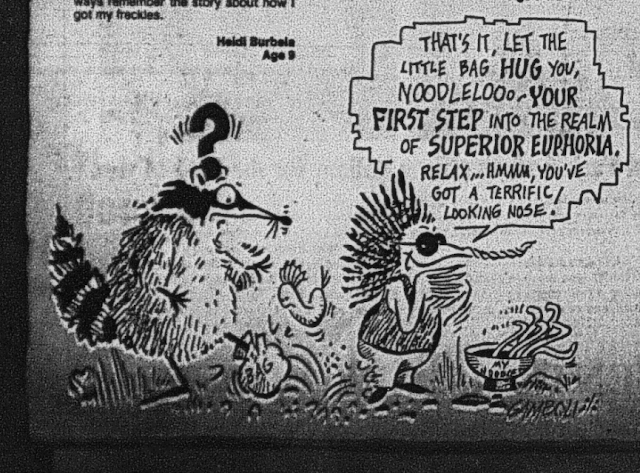 Morder's look can't seem to look consistent from one week to the next, which could be representative of his mental state.  One day, he's got bugged-out eyes.  The next, he's wearing glasses and a fancy suit.  The next, he's wearing Dark glasses and a tank top, looking more like one of Antonio Prohias' Spy Vs. Spy.  Oh, and his hair and nose certainly look like weed, and not the plant kind.  Subtle, this ain't. 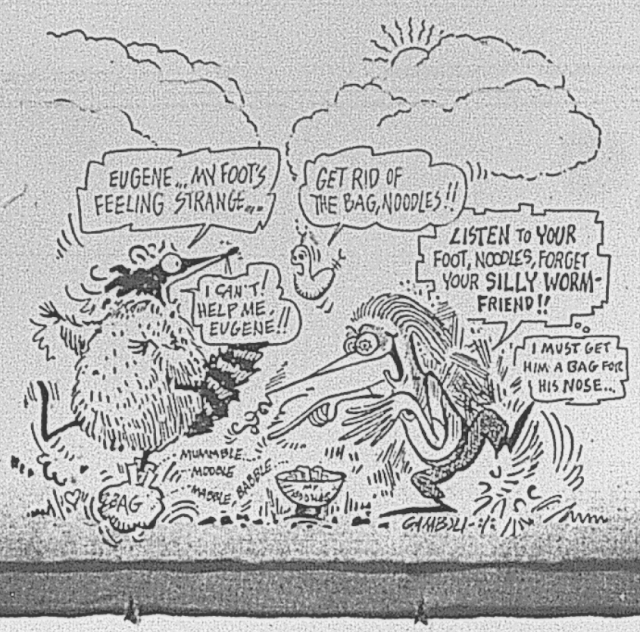 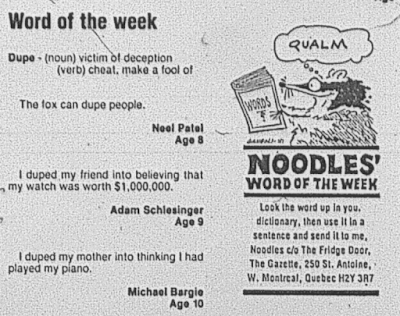 After a month of idly standing by and watching the scenario play out in front of him, Eugene finally decides to intervene with his alien powers. 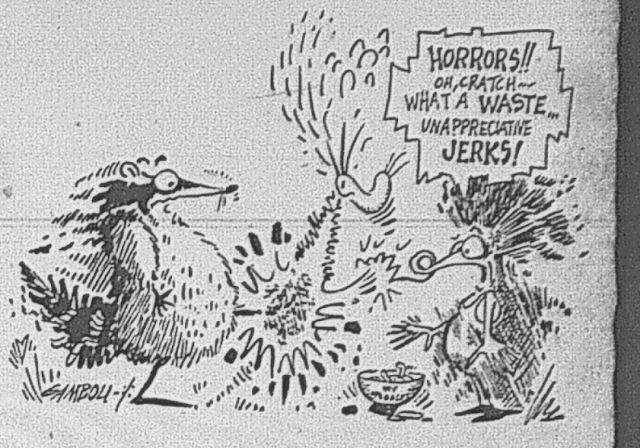 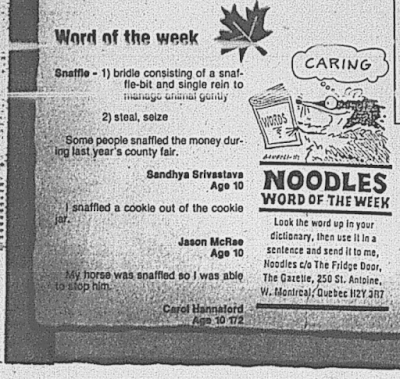 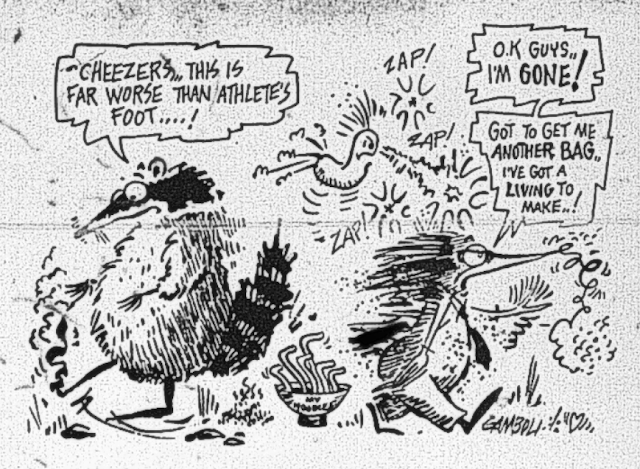 And so ends the Say NO to Drugs segment of The Fridge Door.  Needless to say, we won't be seeing this guy again anytime soon, though we will be encountering another important message near this feature's run, which would wind up defining it for better or for ill.

For next month, a welcome return to silly meaningless shenanigans.
Posted by DeBT at 11:29 PM