A Word About The Fridge Door

Starting in March 1989, a new feature was added to the Fridge Door - a Word of the Week that was designed to build children's word power... IN THEORY.  If you look at the first word, you'll see that they were not going to talk down to their audience, using obscure words that required usage of a dictionary to understand. 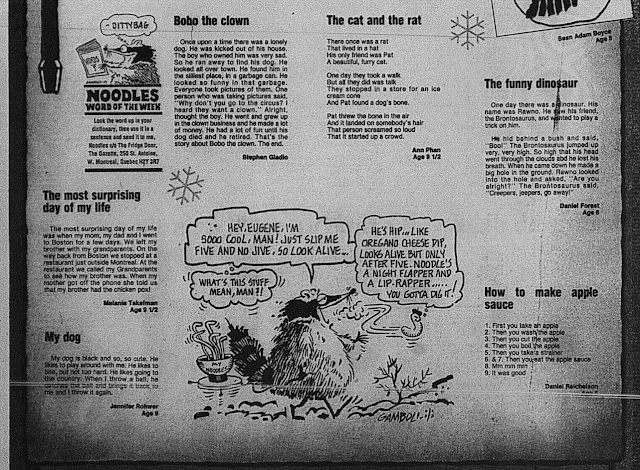 This feature could've been made more effective if Noodles had used the word himself in the context of the strip, to give some idea of the usage. 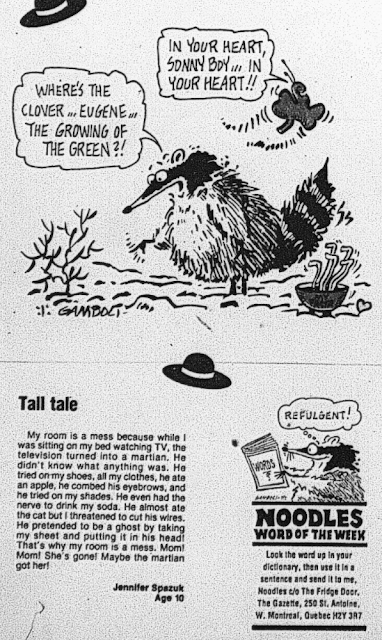 Calvin tended to talk in long overbearing complicated monologues, but you could still get the gist of what he was saying even as he was dabbling in ancient passages of ages long past. 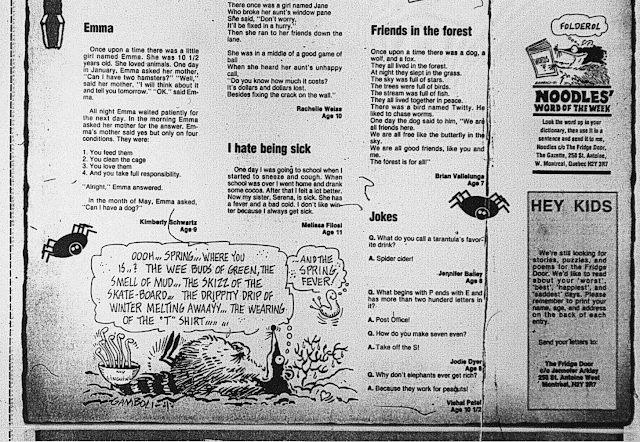 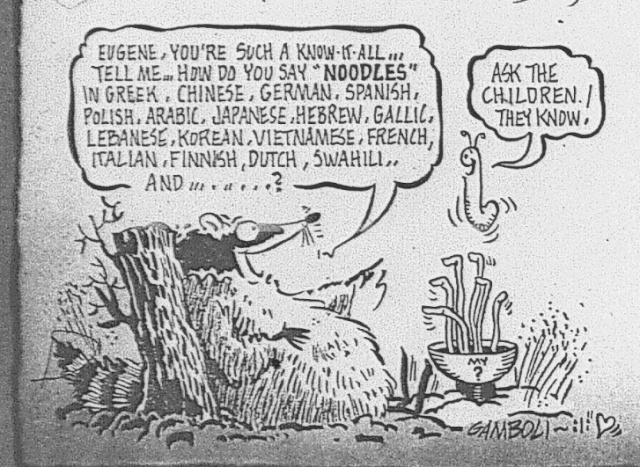 The editors must've realized they set the bar too high, as the next word of the week was one that was thematically appropriate. 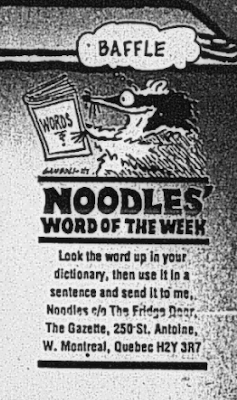 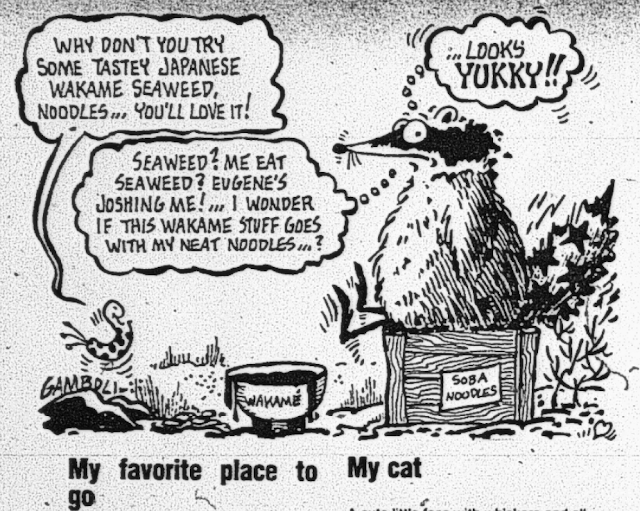 Later, the words seemed to fit the general mood of Noodles' reaction, which seemed more appropriate.  Though Fusty is closer to Musty than Fussy. 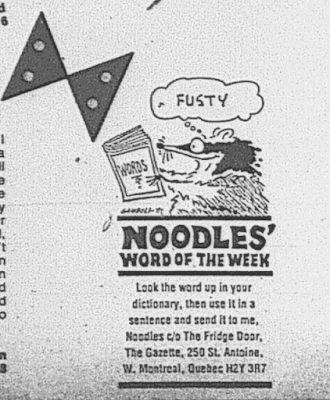 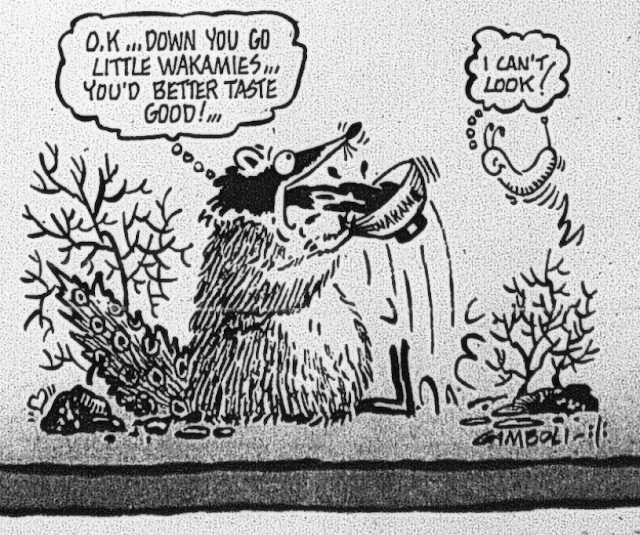 Here, we see some examples of how children took these words as an example to use in the form of a sentence - using them without actually having to explain what they were saying.  They're still getting a grasp of vocabulary, struggling with basic sentence structure, and it's not for extra credit - what did you expect? 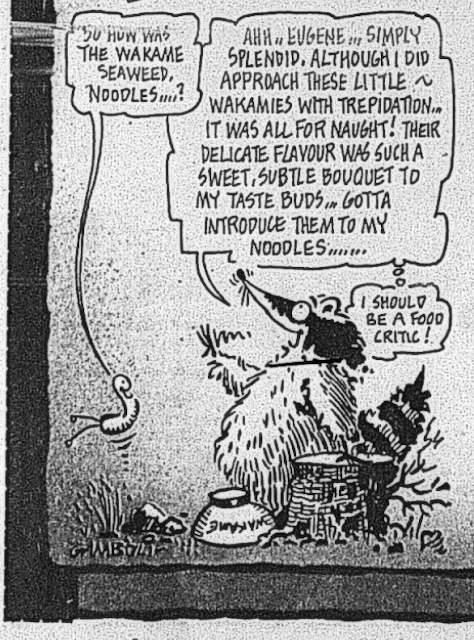 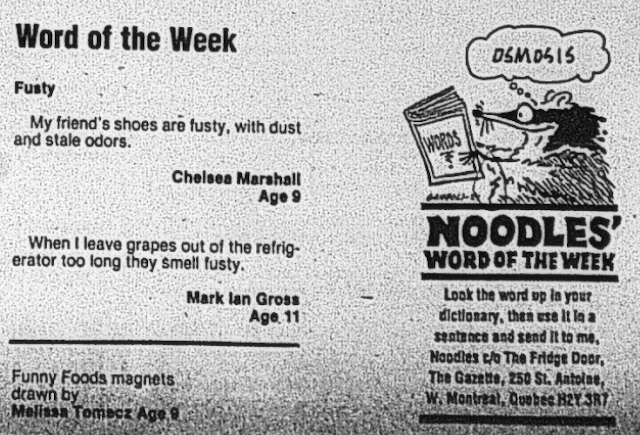 This is a good word, where people absorb knowledge without knowing that they're receiving information.  Too bad it's not the kind of thing that'd be easy to convey for young children just waiting to get out of school. 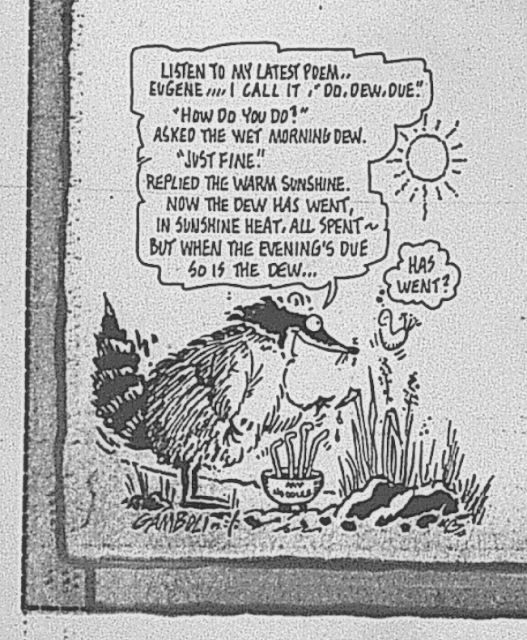 As an extra challenge, see if you can make a sentence consisting of the following words: