There were several comic sites that once popular, suddenly dried up in terms of production.  For some reason or other, they were largely abandoned, and sporadically updated.  Ironically enough, when I was gathering material for their lack of updates, they spontaneously updated, as if they knew I was going to complain about their inactivity.  Well, joke's on them!  I'm going to talk about them, whether they want me to or not!

First up is an Archie Out of Context that I Almost submitted. 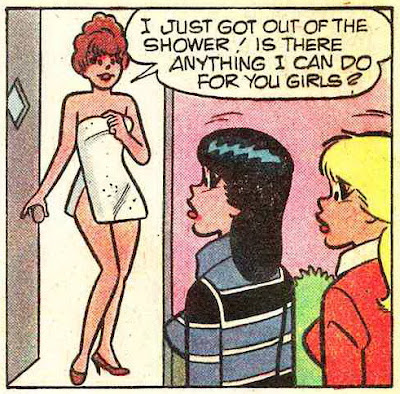 The only difference between this and mine was, I included the first panel, hence my hesitation.  The removal of the setup is a bigger improvement, since it presents an alluring figure in high heels, as all women who get out of the shower are won't to do.

Garfield Minus Garfield was a major contributing force back in the day, but recent edits have largely dried up.  The latest submission in months is not much different from all that's come before, the edits being easily manageable, and the motivation being just as uninspired by the source material.  That reasoning being that some strips that are background sensitive are trickier to deal with.

If at any time that G-G ever decides to hang up the phone on the parody for good, this entry from November 13, 1980 would be a worthy closer. 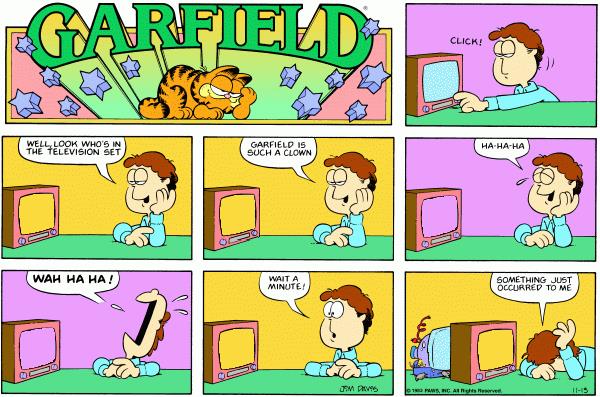