It has been a high time for revamping numerous properties that were once popular years ago with new interpretations of the genre.  Jurassic Park, Jumanji, Star Trek, Star Wars, Pixar Sequels, Lara Croft, Indiana Jones, whether anybody asked for them or not, since it's easier to piggyback on known properties than invest energy on a new project that may not succeed.  And it's no less different overseas.  Naruto, Sailor Moon, Legend of Galactic Heroes, have enjoyed a resurgence that never really went away in the first place.

I haven't seen the Anime, having been badly burnt by the abysmally slow progress and pacing problems that gave countless jokes to the five-minute rule that was much faster on the pages than actually shown.  Just recently, the Manga has advanced to the Tournament arc between multiple Universes between strongest warriors. 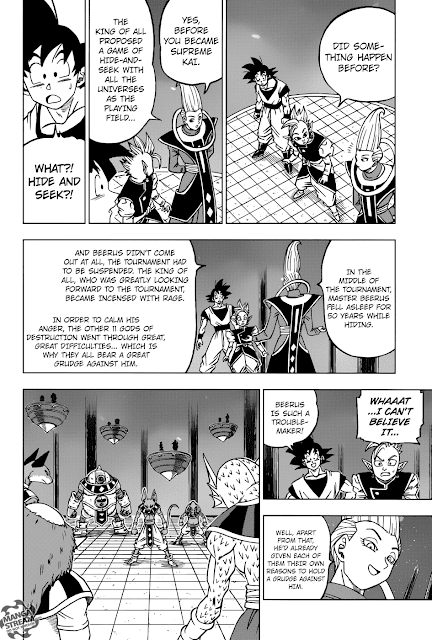 But this is hardly new territory.  Before DragonBall Super, there was the Fanmade DragonBall Multiverse, which had Universes where characters had slightly different outcomes from the main DragonBall we’re familiar with.  Some where the main Villains were victorious.  Others, where the main heroes took different outcomes (Krillin becoming the Turtle Master, all the Namekians combining into one).  All of them competing in a continuous Tournament that’s constantly stalled to give insight on the other Universes, which is drawn by a variety of artists on an inconsistent release schedule, so the style and quality varies wildly.  Also, it’s translated from French, so the language can sound stilted and unnatural at times. 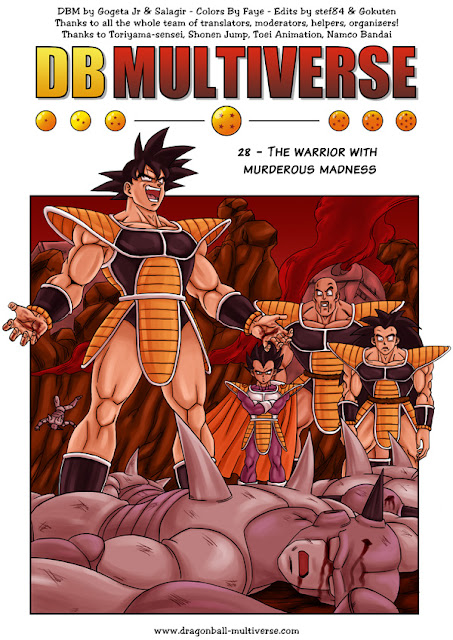 While you’d expect a Fan Comic to deal mainly with Muscle-bound guys aplenty, it keeps itself readable with surprising uncharacteristic acts that don’t feel out of place, and utilizing clever strategy involved for dealing with overpowered opponents.  It's certainly more ambitious than the other Fancomics out there that are little more than rehashes of reused and redrawn panels of the high points of DragonBall, just with Evil Gokus.  In terms of creative bankruptcy, DragonBall AF (After) has two scenes dealing with Pilaf's old gang, being reduced to robbing banks after languishing in obscurity. 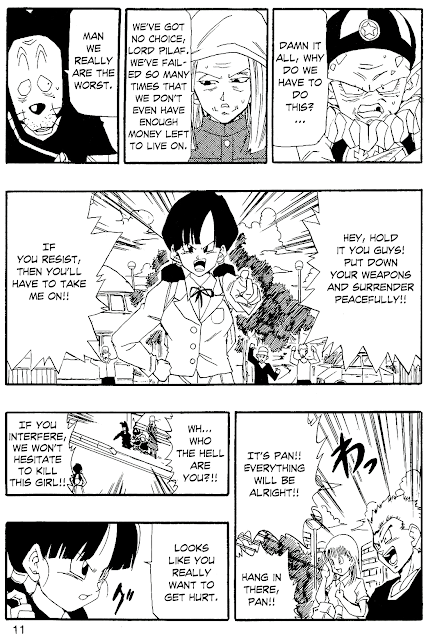 At least the second hostage negotiation has a more amusing outcome on the next page. 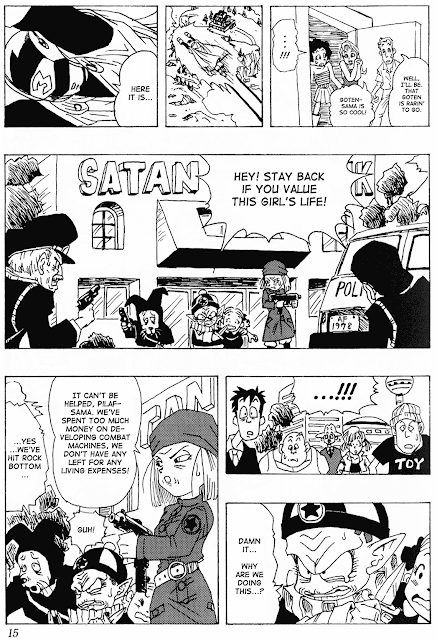 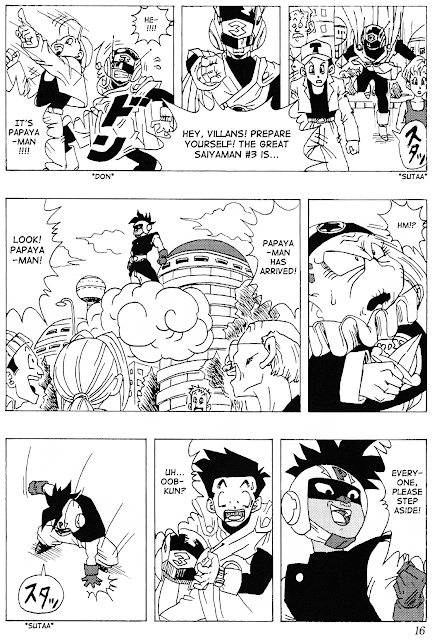 The lack of enjoyment I get - not even a guilty pleasure - from these uninspired Fancomics (and yes, I'm including DBSuper to the list) can be attributed to multiple faults.  Either they’re extended battle sequences that reuses the original fighting panels and thinly veiled versions of Toriyama’s side characters, or they use extensive narration and dialogue without letting the actions speak for themselves.  While there was the occasional cause for narration boxes, they were sparse in the Toriyama Manga.  In either case, they try to capture the spirit of DragonBall, and constantly fail. 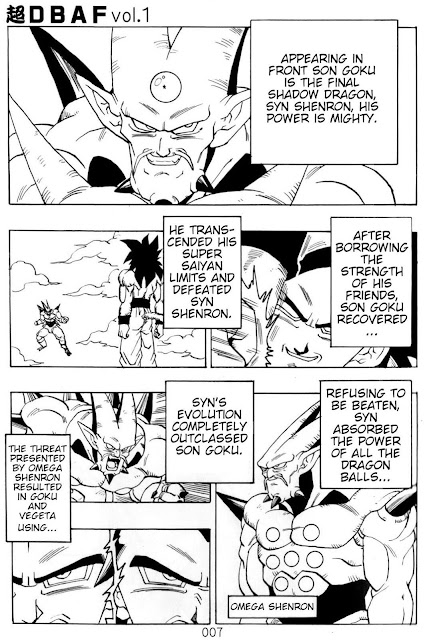 A large part of the enjoyment of the original DragonBall was that you could understand the Manga well, even without having to read the text.  The sheer amount of action and panel-by-panel progression flowed so well you could gleam what was happening without much trouble.  That’s something a large majority of the DragonBall Dojins miss. 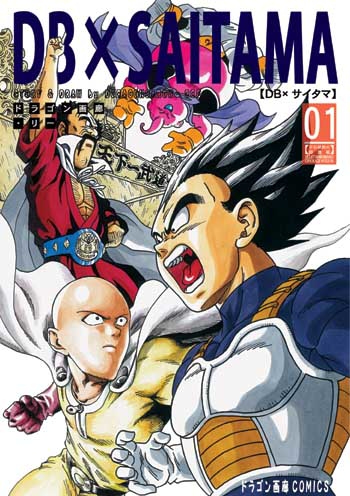 Even if you’ve never heard of the guy, you’ve probably seen his work, since he’s best known for doing the DragonBall meets One Punch Man crossover parody that faithfully captured the humour and styles of both properties. 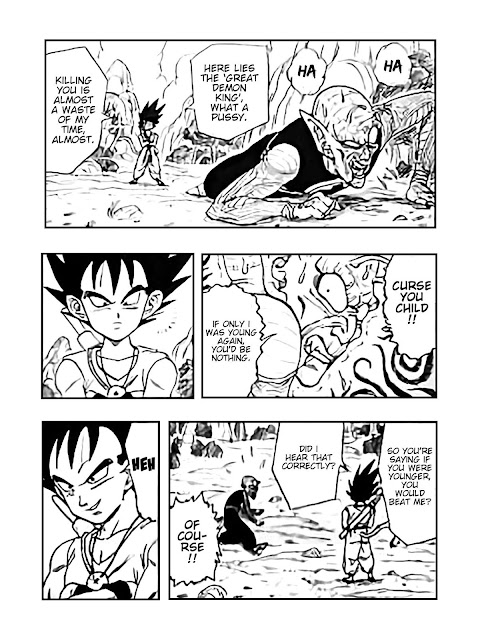 In addition, he also did the Alternate Universe where it was Vegeta who was sent to Earth, following the same path as Goku in the regular DragonBall.  This results in Speedrunning the DragonBall storyline, and having very different but similar outcomes due to Vegeta’s overwhelming personality. 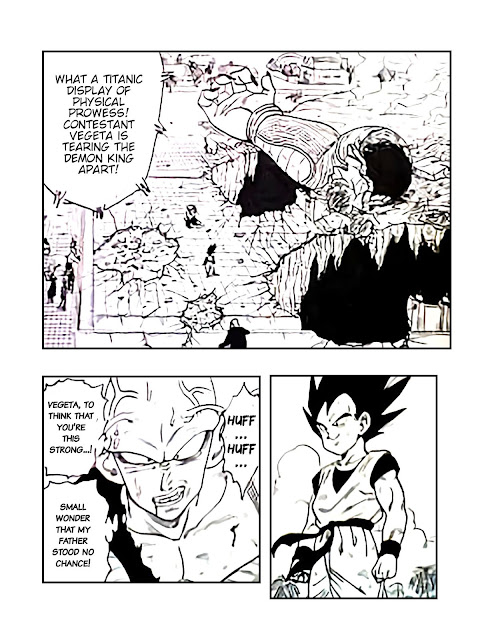 Furthermore, the two of them have entirely different motivations for fighting.  Son Vegeta just makes short work of anyone who annoys him, and finds the early DragonBall enemies too easy for him.  And Saiyan Goku has feelings of inadequacy and overcompensation from being constantly burdened with the stigma of being a lower-class ranking citizen.  So when Saiyan Goku showed up with Nappa, it resulted in a long drawn-out fight between the two Alpha Saiyans that, despite going on longer than feels necessary, nevertheless puts both fighters on an even playing field that felt earned.
Sadly, after a promising start and putting AU Vegeta on the same Bad Father category as Goku for Fatherly neglect, the Space Adventure with AU Freeza was abandoned and will most likely remain unfinished. 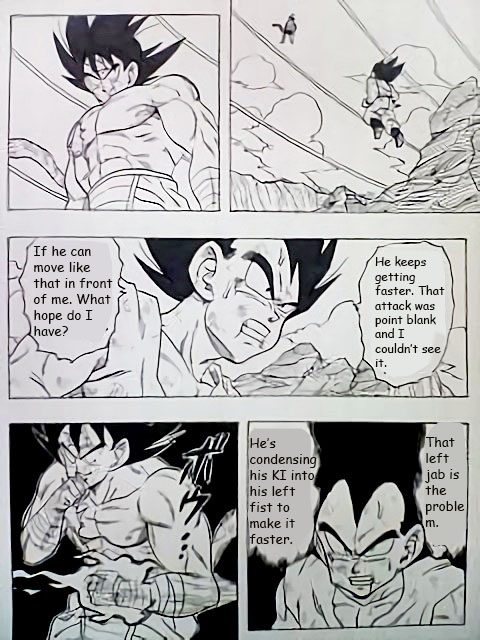 There is also an as-yet untranslated 1200-page DragonBall / DragonQuest crossover.  So it’s somewhat surprising that the only work of his that’s been officially licensed is his 3-chapter DragonBall Isekai, where a high school student suddenly finds himself reborn as Yamcha, the weakest fighting human at the very beginning of DragonBall.  But having known what’s going to happen next, strives to train himself using every powerup trick and cheat (as well as actual training) to be able to face against the Saiyans and avoid an untimely death. 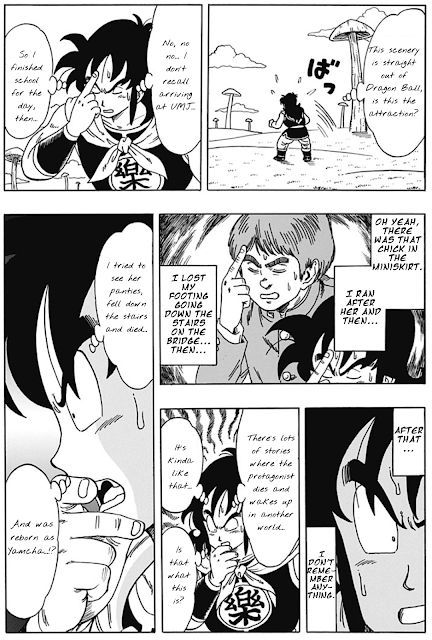 Which goes to show that stealing - borrowing characters for creative license use isn't always a bad thing.  But that's just the skeleton for building new interpretations for these characters in new and creative ways.  If you're going to flaunt copyrights, you might as well go all the way.
Posted by DeBT at 10:55 PM