Beating a Path to The Fridge Door

As promised, here's the first three months worth of The Fridge Door, back when it was just starting out in its relative normalcy. 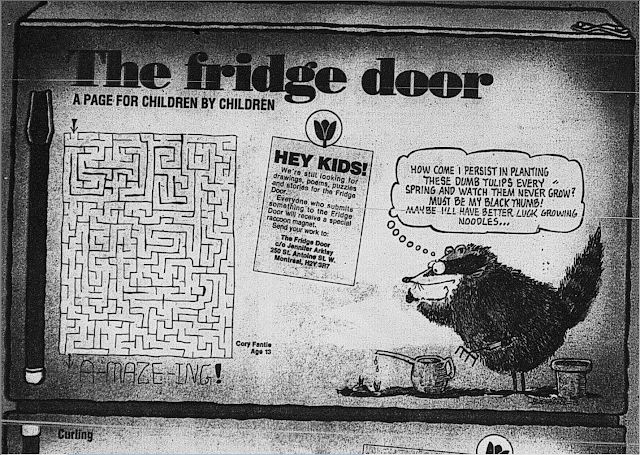 The whole page was shaped like a refrigerator, with the top half being the freezer, and the remainder the main fridge, which would contain multiple various things, ranging from rhymes, stories, stupid jokes and children's drawings. 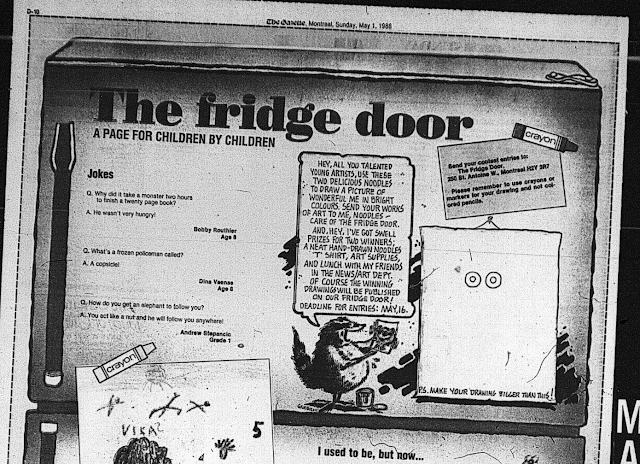 For the sake of completeness, I included the majority of the children's submissions in the early pages, just to get an idea of what the contributions were like.  In later installments, I just concentrate on the Raccoon. 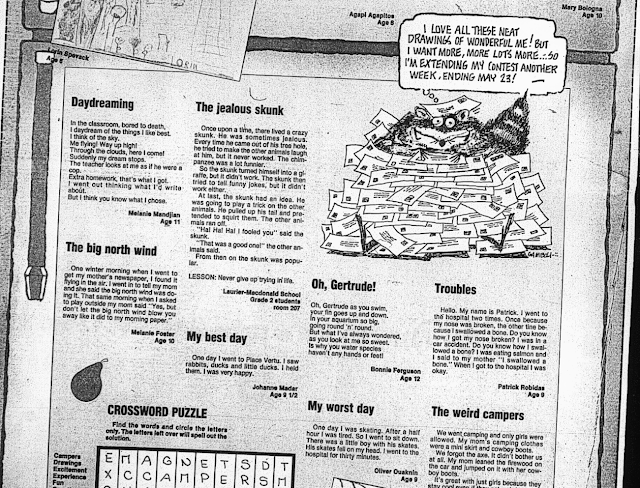 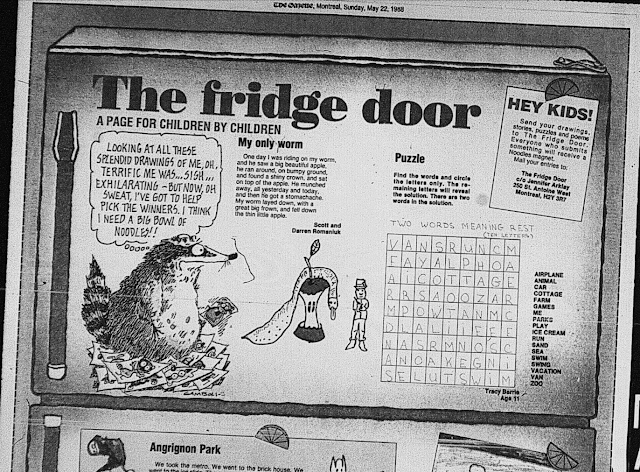 Occasionally, when the paper remembered to, it would include its inner contents on the front of its subpage.

Here, we get our first introduction to Noodles' bowl of Noodles, which only hints at the weirdness yet to come. 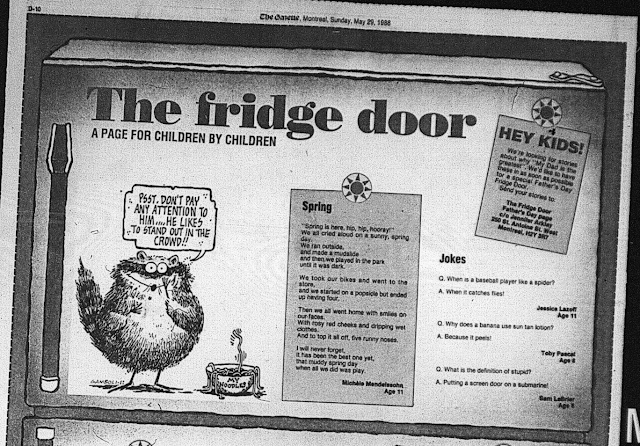 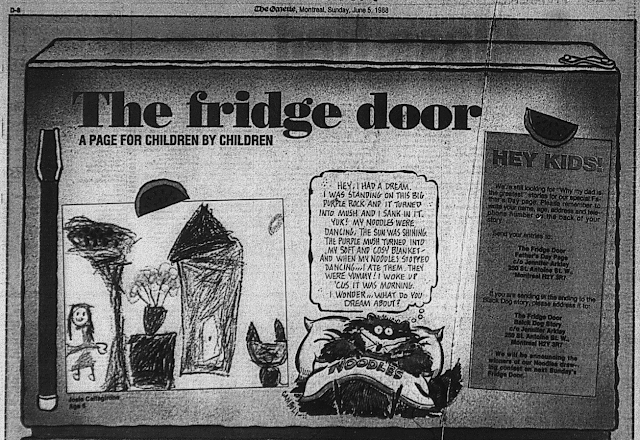 Very rarely, Noodles would speak out to the contributors who made an effort. 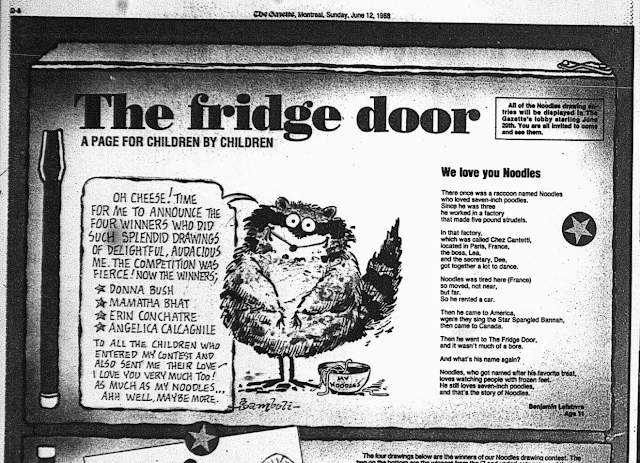 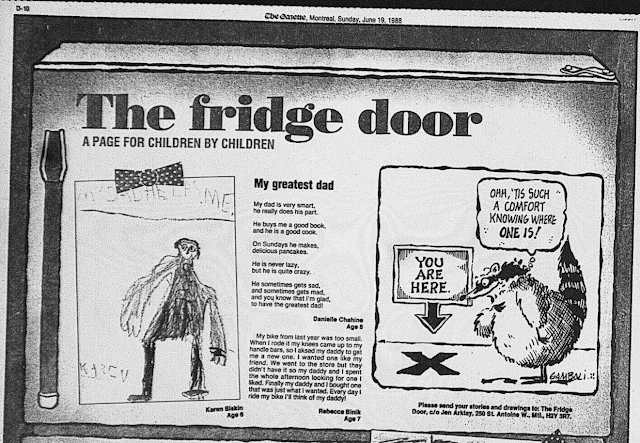 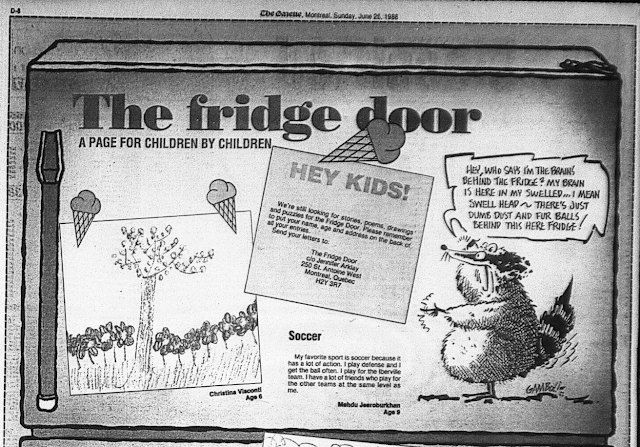 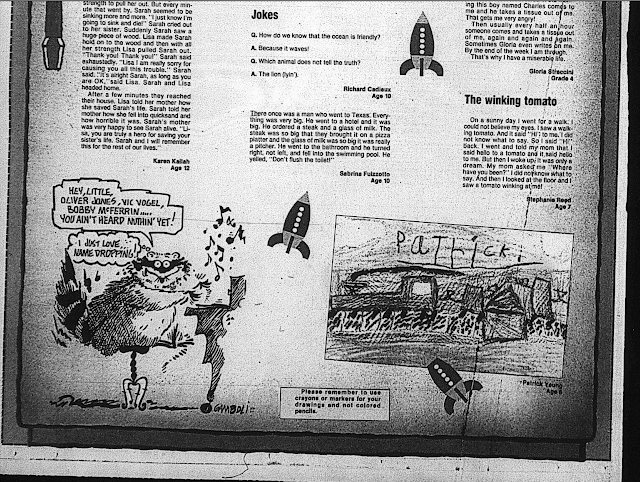 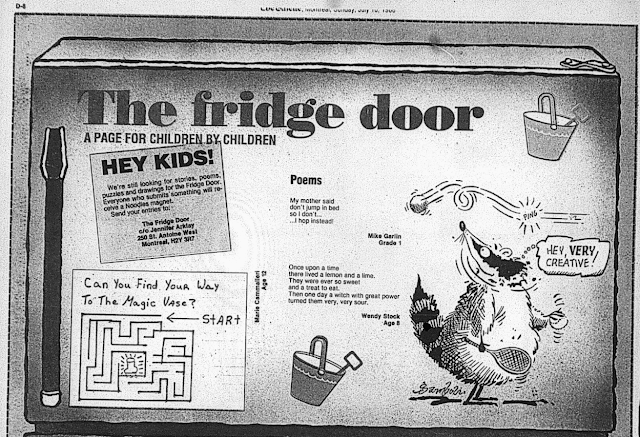 At this point, Noodles is still relatively unremarkable.  That would all change when a surprise visitor would make an appearance. 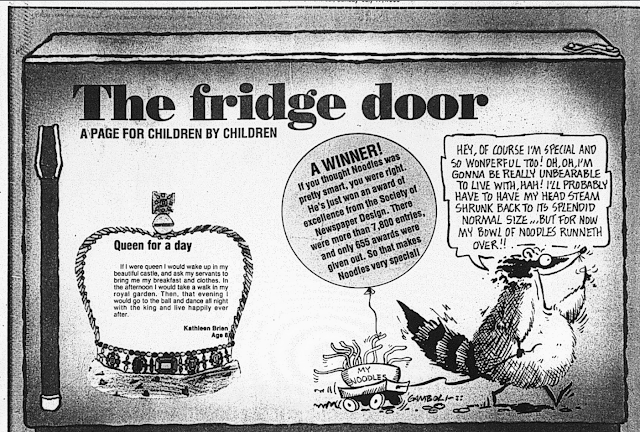