Disturbing Personal Project: THIS IS THEY

Frequent visitors may have noticed that I haven’t exactly been updating my blog as much as I would’ve liked to.  This isn’t from a lack of subject material - indeed, I have TOO MANY potential comics to choose from, and finding the proper comics is somewhat of an uphill struggle.

But another potential reason (other than being involved with Real Life stuff and marathoning several TV series) is that I’ve been preoccupied with a personal project of mine, a WebNovel that I just recently started; THIS IS THEY.  Fitting that this should happen during the month of Nanowrimo where people take the challenge to submit a writing project of fifty thousand words to motivate them into jumpstarting the writing process. 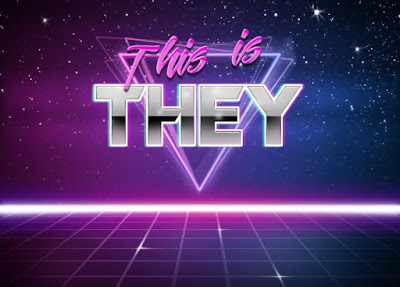 The act of writing a whole novel from the base up can seem like a daunting task for those not used to the craft, but there’s a simple way out of this - simply start writing anything - ANYTHING, no matter how bad it is.  Get into the habit of writing so it'll be easier as it goes along, and get the bad stuff out of the way.  Deliberately creating bad writing out of the hopes that something good might come from the ashes.  Just keep writing and writing until the sheer amount of material overwhelms what you have.  Write until you can’t write any more.  Write crap to get the crap out of the way, so you can focus on the good stuff.  Failing that, write crap intentionally so that it’ll be so bad that it’ll ironically be good.  Since I mostly deal with humour, this kind of rationale comes easily to me. 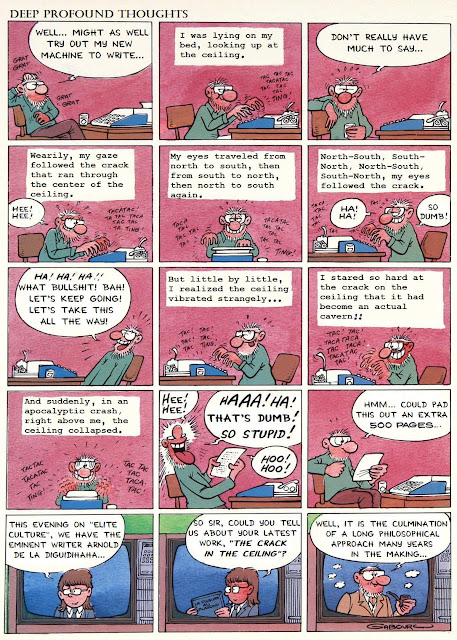 Of course, that’s not exactly my method.  I prefer to think things through, and like to know where I’m going.  As long as I’ve got a rough outline of my story, and can see the potential plot threads tying together, I can write whatever comes to mind.  The trick is putting all those thoughts in a coherent manner that makes sense.

I’d been wanting to share my stories for some time, but had no knowledge of a reputable site that would allow chapters to be read in chronological order.  Eventually, I decided on WordPress after seeing another WebNovel there, but the site is remarkably user unfriendly, and as such I only have an index, and chapters, which are the same thing.  For the time being, you can access the next chapters by clicking the "Next Post" links near the bottom of the page, but I'd like those to be higher up.  Until someone helps me format the site to my liking, it’s gonna remain in Beta stage for now.

I’d been wanting to do this since my first foray into creating a quasi-history of Anime in America by it’s reluctance to be accepted, and portray various Anime characters as caricatures of Pokemon, since that was the Anime that caused the Japanese import to explode in popularity, and would result in mainstream acceptance of thinking that ALL Anime was Pokemon.

My intent was to have the artistic style start out as American, in 9-panel Watchmen format, which would be completely blown apart during the instances that Otakus - people who’d been possessed by Fansubs - would have to be exorcised via a secret organization devoted to keeping Anime from getting popular, run by their mysterious shadowy founders, The Rabbit & The Mouse, who would constantly bicker over their seating.


“By all rights, my chair should be higher!”
“Your ears are at the same height as mine.”

Once the Possessed Otaku would be taken care of, the panels would go “back to normal”, but slightly and subtly changed every time throughout the years 1990-1999, becoming more angular, allowing for bleeds and experimentation.  My intent was to show that despite wanting to remain original, we become more influenced by our surroundings than we care to admit.

Sadly, I had to shelve this ambitious project, since I had no way of sharing my ideas with anyone on a similar wavelength to mine.  Even after doing a Prequel and a Sequel to the main story.  The main story would be inspired by American comics, the Prequel Shojo Manga and the Sequel Shonen Manga, but I hit writer’s block after being unable to do proper research on the mostly oral history of Anime in the 70's, which was before my time.  Also, the mass Xenophobia aimed towards Anime had largely passed over in rise to the latest generation being unaware of the biases toward the medium.  Someday, I might post samples of what I had planned if anyone’s interested.  (Hint hint!)

Getting back to my main topic... 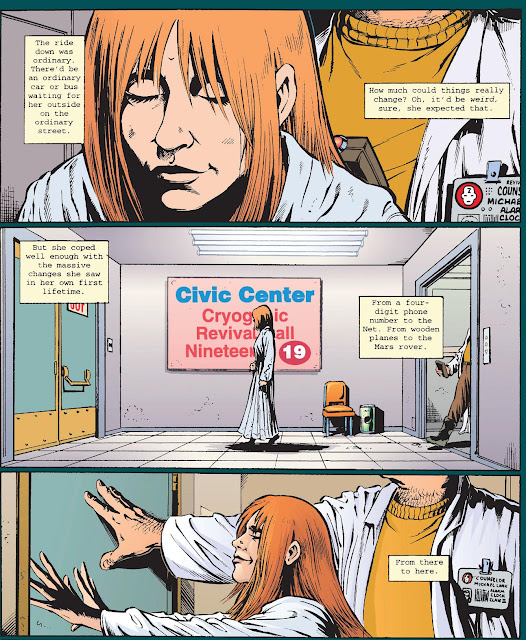 My WebNovel inspiration comes from the numerous Isekai Manga, where some hapless schulub gets reincarnated or summoned into a Fantasy World where they become Overpowered Author Avatars in an RPG Fantasy setting gaining more powers and an ever-growing harem, the most famous of which is Re:Monster, which while enjoyable for its world-building, has its fair share of problematic issues regarding treatment of women, very much in the same vein as Paladin of Shadows, which prompted a reviewer to mention the numerous quotes of “John Ringo, NO.”

Most of these Isekai Manga first took the form of WebNovels, one of my favorites that spurred me on was Kumo desu ga, nani ka? (So I’m a Spider, So What) a series that I tended to compulsively reread.  And I’m notoriously finicky, so this was something that greatly appealed to me.

My inspiration for doing so was from Berkley Breathed’s creative process that led to the birth of Bill the Cat - an unashamed abomination of Garfield that was intended to be a major turn-off that wound up being the opposite outcome.  I figured that the best way to find success was NOT to rehash whatever media was wildly currently popular (Vampires, Wizards, Ninjas), but to venture into realms that hadn’t been explored because no one ever dared try.  Also, it was borne from the frustration of not finding enough reading material that appealed to me.  There’s an old saying that if something you want to read hasn’t been written yet, go ahead and write it.  After this, some people may want to rethink that particular inspirational quote. 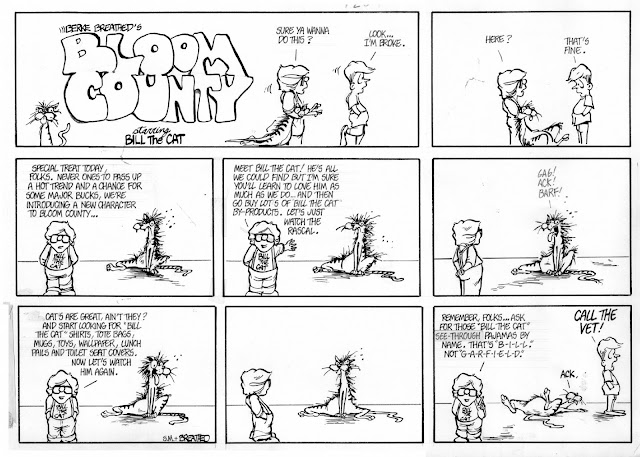 Basically, I wanted to create something that would be considered utterly unmarketable.  A cross between LoveCraft and Kafka.  LoveKafka, if you will.  I figured that the surest way to commercial suicide was to combine the traits of two highly regarded literary giants into one comprehensive package.  People may praise their contributions, but when it comes to actually buying their works, their sales numbers are remarkably low, save for stylish snobs and record-keepers.  I’d combine the Alienation of LoveCraftian lore with the darkly humourous workings of Kafka. 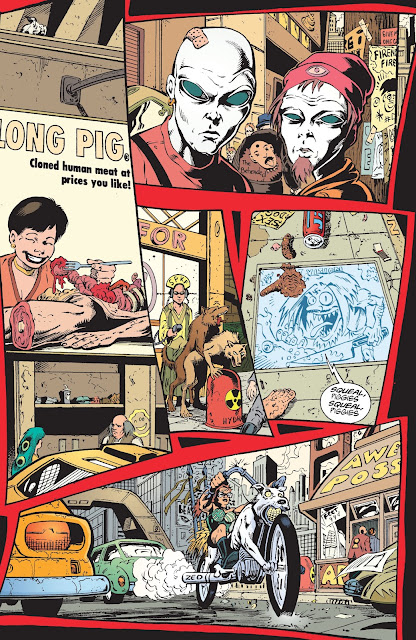 The stories I do aren't considered normal stories, by any stretch, though they take a lot of inspiration from multiple sources.  People do all kinds of darker material compared to the lighter stuff, which appeals to some audiences down where their tales don't get told because there's no perceived market for them, and are considered too dark and/or depressing.  My WebNovel also took inspiration from Dirk Manning's Nightmare World, an Anthology collection where the stories are loosely connected.  Though at this point, it’s still in its early stages, and will take a while before the connections become obvious.  I’d always been more in love with the IDEA of The Twilight Zone than it’s actual execution.  My stories probably slant slightly towards The Outer Limits, but with a stronger humourous bent and better writing.  Updates will sadly be slow in coming given my high quality control, and my tendency to write notes for future chapters not fully fleshed out yet, and notes strewn all over the place.

I'm still not crazy about the layout, and Wordpress isn't as intuitive as blogspot is.  I only used it, because another WebNovel, ParaHumans, had the chapters in its sidebar, as well as having everything in Chronological order.  I've yet to figure out how to format it the way I want to. 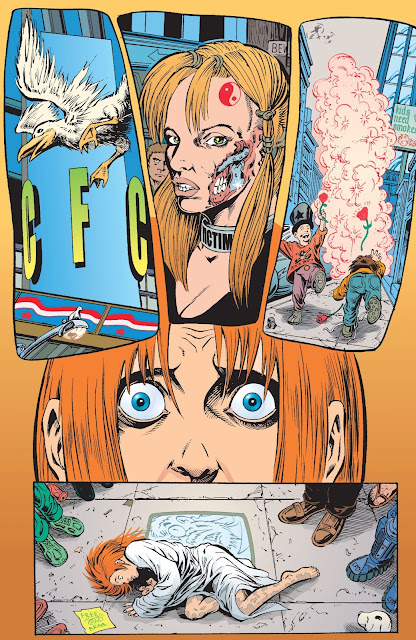 Ironically enough, my impetus for doing this was inspired back when Obama was still in office, and the world had yet to encounter the stigma of continuous impending doom.  Instead of instilling an ever-encroaching sense of increasing stats and new abilities, I wanted to convey the sense of powerlessness in the face of overwhelming power.  Instead of exploring a futuristic world that would just as likely become false within several generations, I wanted to take the opposite tack, and explore Universal themes that would still be relevant far into the future.  Keen-eyed readers will recognize that my inspiration for the first story in my WebNovel is actually borne from an early issue of Transmetropolitan.

At this point, you may be wondering just what THIS IS THEY is actually about.  Well, that's difficult to describe without spoiling anything.  If you haven't been successfully scared off yet, here's the link to the first chapter again.  Future chapter updates (and influences) will be noted in due time.