Ruining What was Once Mine

In a desperate attempt to show that they're not running a Lame Duck Presidency after the first hundred days, the Republican Party rushed a hastily revised plan to dismantle ObamaCare that very narrowly squeaked by at a rate of 217 For to 213 Against.  Most of it arranged by underhanded means after the last attempt to do so failed, because it wasn't considered harsh enough.  And few of the voters understood what the bill meant. 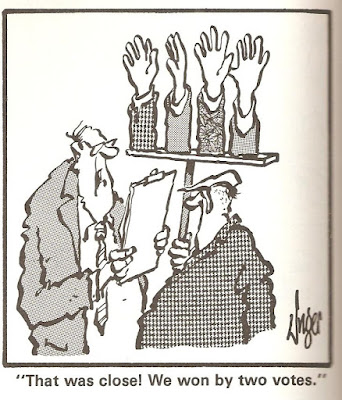 While I'm not personally affected (living in Canada), I'm still worried for the people in the States who may very well be punished just for the sin of not inherited a fortune from their parents.  The recent push to repeal ObamaCare has been fraught by outcries of protests not just from the most vulnerable who will be affected, but also from Insurance companies and doctors.  While the Health Plan wasn't perfect, they oppose fixing the parts that weren't broken.  The new revisions expand enormously on Pre-existing conditions that would make a potentially sick person illegible for insurance claims, including traits such as Acne, Anxiety, Depression, Obesity and Pregnancy.  Astute observers noticed that most of these traits are explicitly aimed at Women.  The largest summation of this whole mess that I've heard was given as a "Screw You, I Got Mine" mentality.  I'd never heard of it expressed in that way before, let alone seen it in any other form of media. 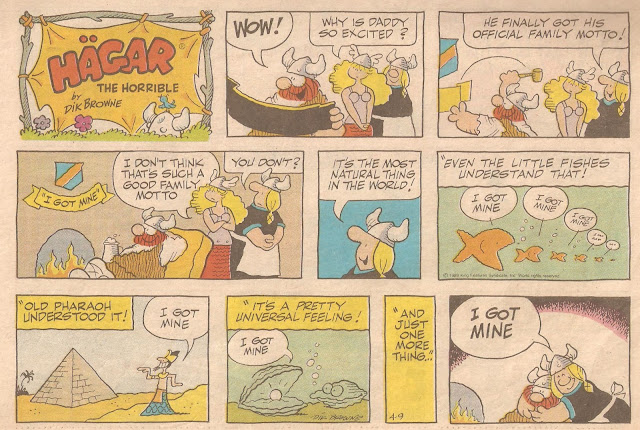 When put in that context, it changes the above comic from something approaching sentimentalism into something more selfish.  It's everybody out for themselves, and those who don't have wealth should work for it.  Especially since said Republicans have made themselves exempt from any of the health penalties that would benefit the people they're supposed to work for.  In theory, this may be designed to increase their ranks of desperate politicians who want to join their party just for the health perks, but if they die off before they get there, that's not a very promising outlook.  They're all for defunding programs that could help other people the same way it benefited them.  This perplexing philosophy basically boils down to: "This program saved me when I was young.  I would never have been able to succeed without it.  Therefore, in order to ensure my security, I must make sure that nobody else gets access to it, never." 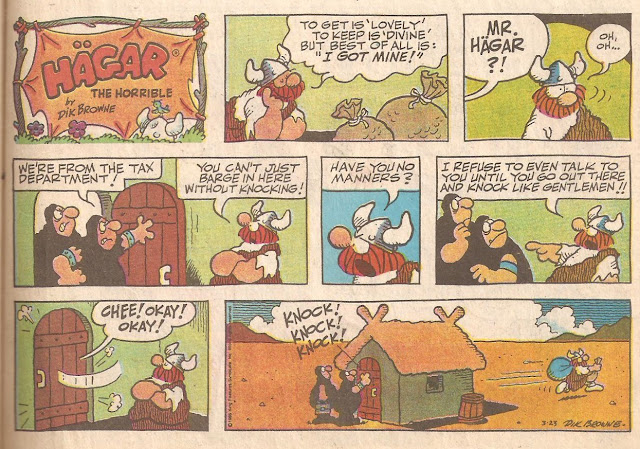 The only real benefit here are the tax breaks for the rich, which falls purely in the supporters of the bill's values.  They'll just take the money and run before anybody complains about the consequences.  And if anybody dares to oppose them?  They'll just turn it around on them and say they're being unreasonable.  Just remember - every time they raise concerns about the opposition, they're projecting their own insecurities on the other side.  Rampant hypocrisy from the GOP is nothing new.  This is a party that plays heavily to a scaremongering crowd of lapsed values, all while secretly indulging in the very acts they claim to oppose.  Some of the biggest outcriers of the corrupting influence of Gay people have been caught doing sexual liaisons with the same sex.  More Republican men than Trans people have been caught doing perverted acts in bathrooms, which makes one wonder just who they're protecting, and where their concerns really lie.

The only promising outlook is that the Senate may not be willing to pass the Bill as it exists in its current state.  (Being less fans of the bill than the Democrats)  But given how the GOP basically pushed Neil Gorsuch into the Supreme Court via the Nuclear Option after constantly filibustering any of Obama's choices, it's not looking too promising.  Maybe they'll retaliate by underwriting a clause saying that the Republicans should be subject to the same pre-existing conditions, but I wouldn't put anything past them at this point.
Posted by DeBT at 5:59 PM