Lock of the Irish

As always, here's another batch of the BC gang indulging in sharing their written prose with anybody who's willing to read over their shoulders, whether they want to or not. 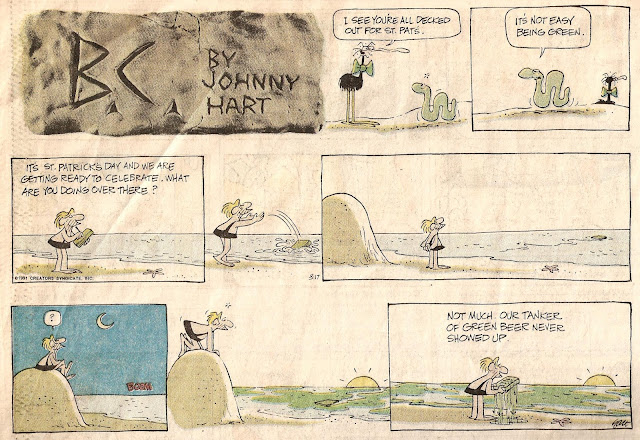 And here's Wily taking in account of the gradually warmer weather.  Unless you happen to live in an area that's perpetually cold, or unseasonably hot year-round, then nevermind. 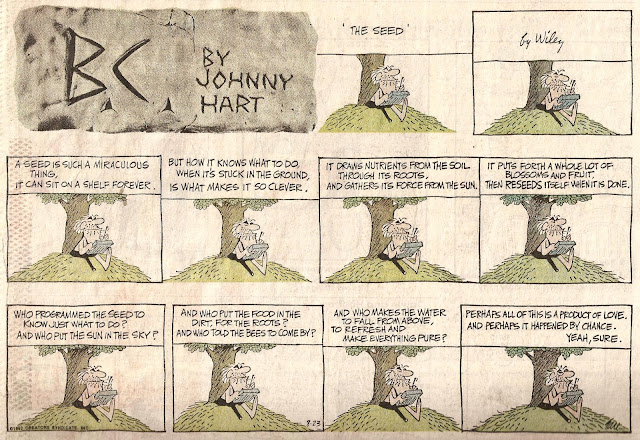 Since this month's rather sparse in terms of representation, here's some relevant poemmaking via Wily's daily strips: 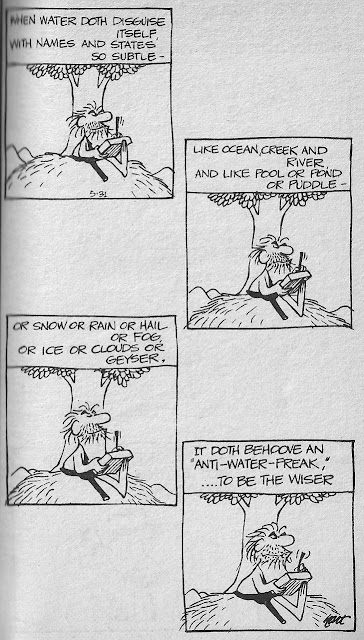 For a long time in the early strips, much was made of Wily's fears of Water and Woodpeckers.  It became so well-known and internalized that it would just showcase Wily's reactions to such, even when newer readers would've been stumped as to exactly why. 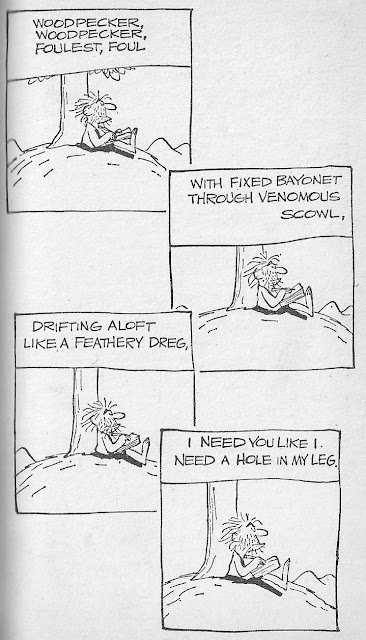 Much like the infamous Garfield comic where he sleeps through an early strip, only to wake up on the very next day, there was another similar comic that played upon this very theme of a delayed punchline: 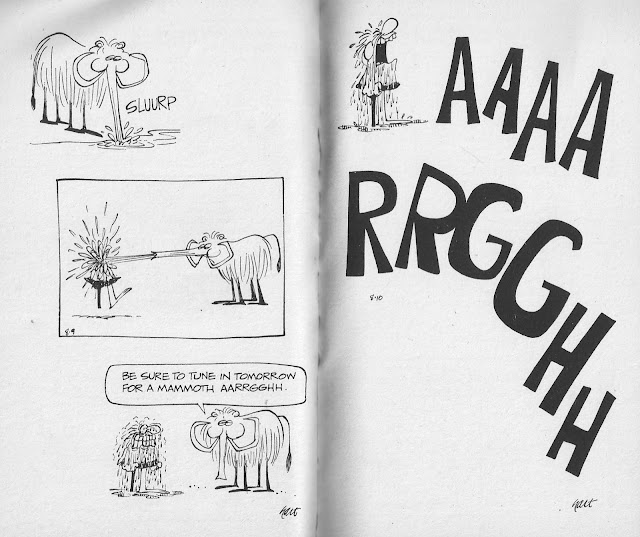 The sense of anticipation may be missing here, but I'd say the extended scream certainly plays off better here, especially when you can compare the contrast the scenes between before and after.  What must have readers back then thought when they saw a dripping wet peg-legged caveman screaming his head off for the whole of the rest of the panel???
Posted by DeBT at 4:30 PM