In Tennis, Love is Nothing

Every year, I struggle to try to find something suitable for my parents.  And every year, I wind up short, because they're pretty self-sufficient, and don't have very many wants or needs.  Anything that needs to be replaced or repaired can be quickly found online for a fraction of the price, and there are various items that can be fixed with some slight adjustment.  Plus, my Father's quite the handyman, though computers are outside his area of expertise.  Likewise, my Mother is trying to cut down on heavy books, preferring instead to read them on her e-reader device.  (Even though multiple novels on her reading list may spontaneously disappear without warning)  So, rather than try to appease their interest through Gift Cards (which they can afford & don't need), I need to delve deeper to indulge their baser interests, especially when Christmas and Hanukah have lined up so close to their lunar dates.

And the surefire way to appeal to their target audience is to talk about Tennis.  To my regular comic readers (all five of them), forgive me for going outside the realm of normalcy, giving attention to a sport not normally seen on the funny pages, particularly for a season-specific sport, but procrastination and stinginess have brought me to this point. 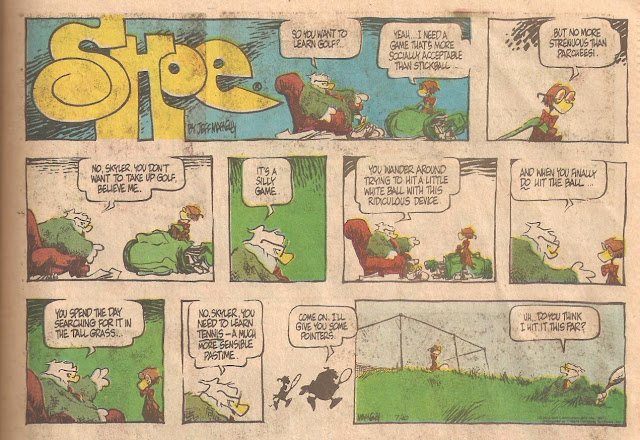 From a young age, my parents were enamored with the sport, having the convenience of living next to a Tennis arena.  They even had me go to lessons there so I could join them and learn the sport.  There was even a ping-pong table in the basement for handling a miniature version of the game with ease.  With practice, I was able to handle the racquet with ease, and even bounce a tennis ball on it multiple times.

And yet, I never really warmed up to the sport.  I couldn't feel comfortable playing out in the bright sun, wearing reflective clothing.  Not to mention the unnecessary dress code of having to wear white shoes instead of my more comfortable running shoes.  Part of this was my innate boredom in waiting for the ball to come back.  I wanted something more stimulating, so in my spare time as a teen, I would play against the wall by bouncing two balls at once.  One ball to bounce back, and another ball coming back as soon as I made my swing.  Naturally, the wall won all the time. 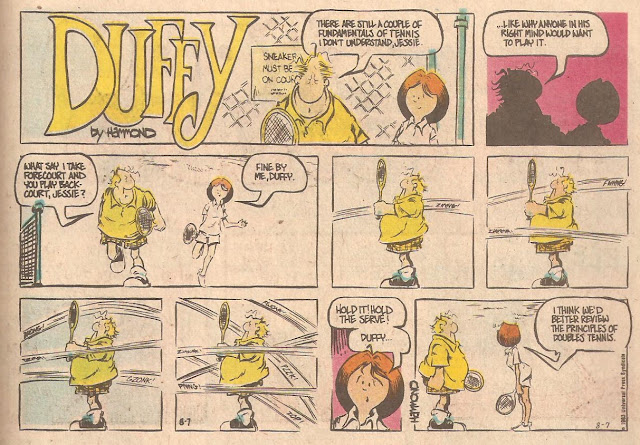 Another notion that constantly infuriated me was the ball going over the high-wire fence, and having to go all the way around into the field to get the ball, toss them over, only to have the ball go over the fence again. 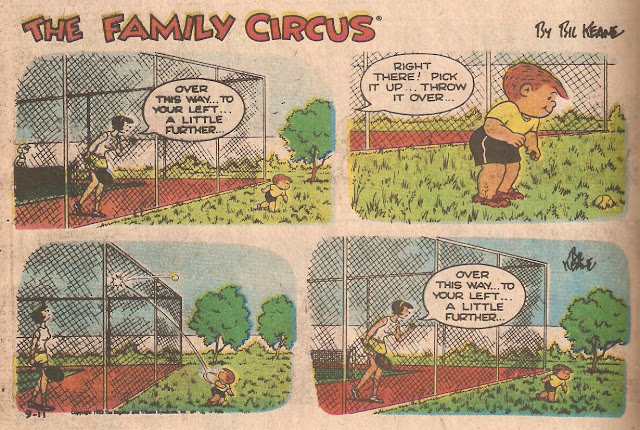 It's all probably a matter of taste.  I seem to be missing a particular flipped switch that enjoys doing extravascular activities, since my parents keep engaging into the game, despite returning home with frequent injuries.  I dreaded when these happened, because it'd mean that my Mother would get invariably upset, because she couldn't work out her frustrations on the court, meaning she'd be more crabbier than usual.  And she's crabby even on her best days.  So when she injured her back a long time ago, she couldn't return to the court for a good two years, leaving me to suffer the brunt of her wrath.  (Not that she'd beat me with a tennis racquet - I don't bounce very well)  She couldn't even enjoy doing any of the trickier dances on Dance Dance Revolution, because many of the advanced stages require doing multiple jumps in a row, which only aggravated her spine further. 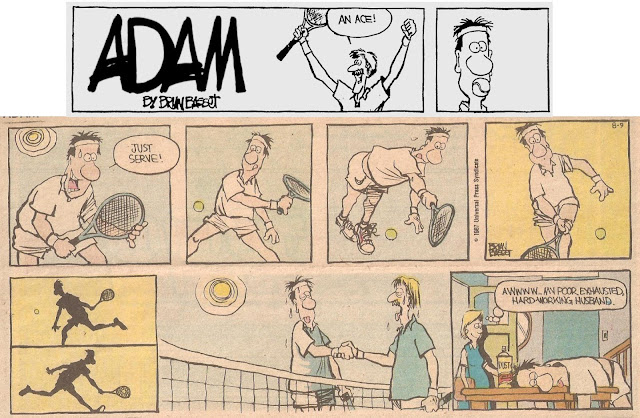 In recent years, they haven't been able to enjoy the sport as much as they'd like to, but like addicts who need their fix, they get their required allotment of exercise by a similar substitute - PickleBall.  It's similar enough to Tennis, but played with ping-pong-like paddles and a whiffle ball instead, which requires a delicate touch.  And like Tennis, it has a similarly weird scoring system. 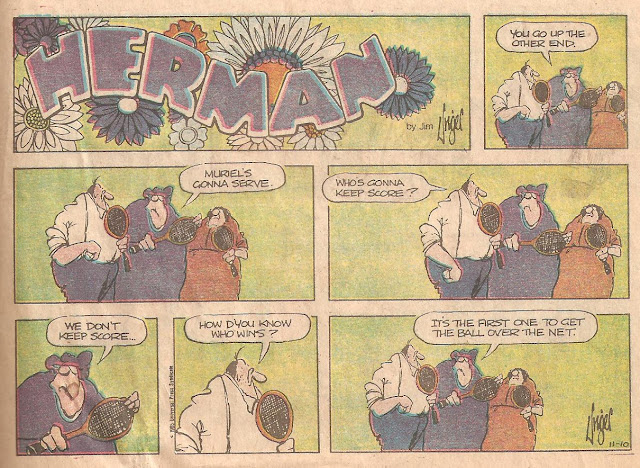 The surest way for me to lose all interest in any game that requires coordination, dexterity and skill is to have a bunch of intrusive rules that limit the amount of movement and fun in playing a game.  Sure, they're there to level out the playing field and make things fair, as well as add a degree of difficulty, but I feel freer when I don't have to hold back on my restrictions.  Or maybe my indifference may be something more innate - the surest way for a child to lose interest in a hobby is for parents to have a vested interest in it in the first place.