Like the rest of the world, I too was shocked at the results of the American election.  After months of revealing dozens if not hundreds of shocking quotes and scandals associated with Trump, the American public couldn't stand the prospect of having a woman tell them what to do.  Instead, they went for someone who'd give the temperament of a manipulative controlling Father figure filling that role.  Apparently, the sheer volume of Trump atrocities melding into an indistinguishable mush couldn't compare to the much more identifiable Clinton email scandal, which seemed to be what people really cared about. 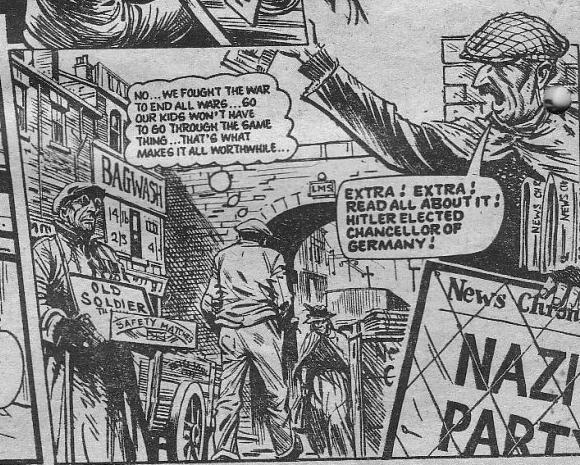 I'm cautiously pessimistic, constantly looking for worst-case scenarios so that if they ever come to pass, I won't be as traumatized when it actually happens.  But even *I* was caught flatfooted at the election results.  Hillary lost by sheer fractions of the votes in key states, and from less than half of the country not bothering to put out and go the extra mile to give their say.  And those who remained bitter about Bernie Sanders not being on the ballot.  The remainder went for the third party to protest voting for Clinton.  Good going guys, you really showed 'em! 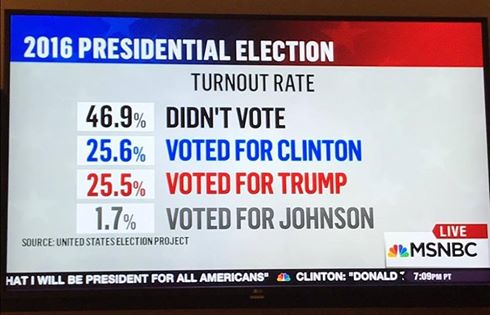 Trump won not as a result of a sudden voter surge, but from a lack of voters who didn't bother to cast their opinion in. That, and white women voting for the man, others throwing theirs for the 3rd party and voter suppression overall. 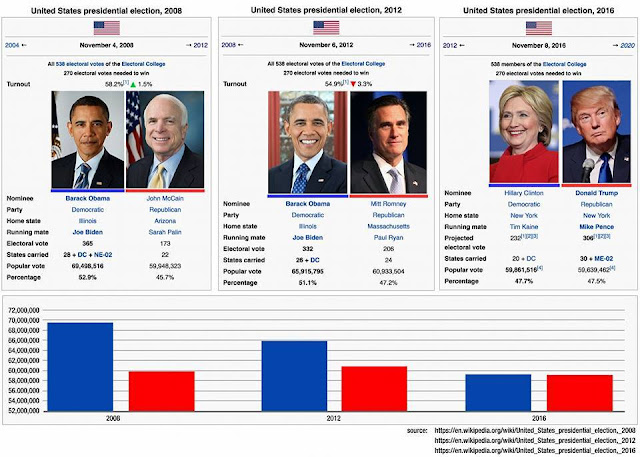 Just scant hours after the votes rolled in, it was justification for closeted bigots to go out and start harassing minorities they'd been scared of for years, but never had the "courage" to go out and say so.  As a result, suicide risks among Transgendered people rose, along with attacks on Blacks, Muslims, Women and Asians increased, and the Canadian Immigration website crashed.

At this rate, with the current climate, Trump won't HAVE to implement a ban on immigrants - they'll be too scared to come over here once they see how they'll be treated.  Unless the world they're currently living in is WORSE than how it is now, then they must be TRULY desperate.

Not that there may be much of a United States left, what with several States thinking about Seceding from the toxic environment, including California and Oregon.  (It's the Oregon trail all over again!)  Texas contemplated seceding, but never quite followed through.  And Columbia just registered to become the 51st State, so there's that.

One of the bitterest pills to swallow in addition to Clinton gracefully stepping down (not even trying to engage a fruitless fight) was seeing Justin Trudeau make good for appealing to Trump's winning, out of political need and avoid getting on his bad side.  If it were up to me, I'd say that he may have attained the role of President, but that doesn't automatically give him a default state for admiration. The outside world won't be so easily fooled with your rhetoric. Your role isn't something to be taken lightly. Respect? If you want respect, start by showing it to other people.

What's particularly troubling in the wake of Trump's victory is how much he's normalized his hate rhetoric. The ramifications will extend long after the election, inspiring others to follow his model, finely tuned to their tastes.  There's proof that they may wind up losing jobs, which will only increase their ire further.  And if Trump refused to release his tax returns, his loyalists may wonder why they should bother paying those taxes in the first place.  I wouldn't be surprised if there was a debt of one Quadrillion Dollars.  I remain absolutely convinced that Trump is just going to drain the Country dry.

The worst part is that even if Trump gets impeached, steps down or leaves, Vice President Pence would be sworn in as his replacement, and he's more of a political monster than Trump is because he knows how to game the system.  The fact that even Trump himself looks like he's regretting being elevated to position of President is small comfort.

Normally around this time of year, I have the first arc of Charley's War available for a single day.
This year, however, I'll leave the link up for as long as needed.  If I receive a notice to take it down, I will. Until then, we shouldn't forget the needless sacrifices made just so we could get to this state.  Originally, I intended to show some sample pages from Chimo, which focused on aspects of Canada's involvement in WWI, and it's expansion of its arts program there, but decided to focus solely on the most pertinent bits. 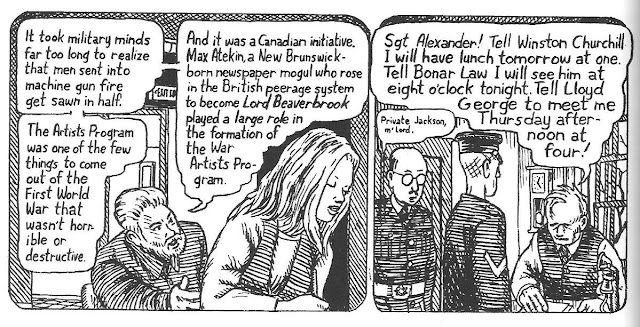 It's frightening to realize that Canada is essentially the last bastion of representation for Multiculturism.  Even the prospects of a recount of remaining votes leading to a slim Trump-Clinton tie seem farfetched at most.  All we can do is keep fighting the good fight, never relenting when we see injustices happening, show our support however subtle, and keep soldering on. 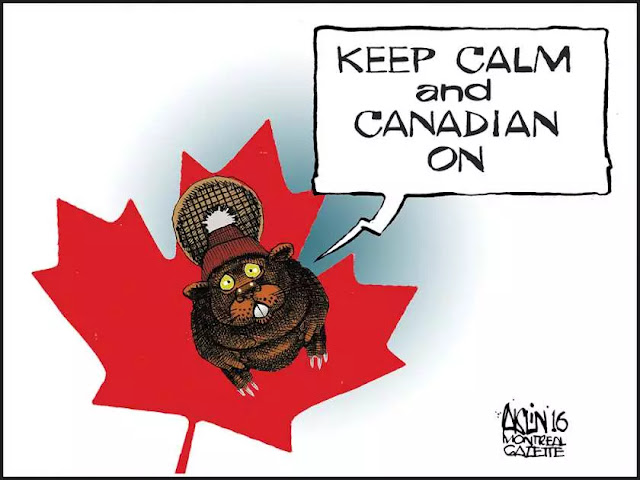