Translating texts from one language to another can be a tricky proposition, especially if you're in a mad rush to get the material out there with no regards for quality control.  Going back and double-checking to make sure that you've got the idioms, references and general dialogue makes sense to a general reading audience.

In other instances, you have a higher probability of having silly mistakes slip through your editorial process.  If you're totally focused on finding spelling mistakes, you're not going to notice the albino Gorilla in the room. That in the process of removing the foreign texts to replace them with English (or whatever translated language you're using), you might overlook entire swatches of totally blank balloons with no text in them.  "Let's see... misspelled that word, needs an apostrophe there... (sees blank space) Nope, no spelling mistakes there..." 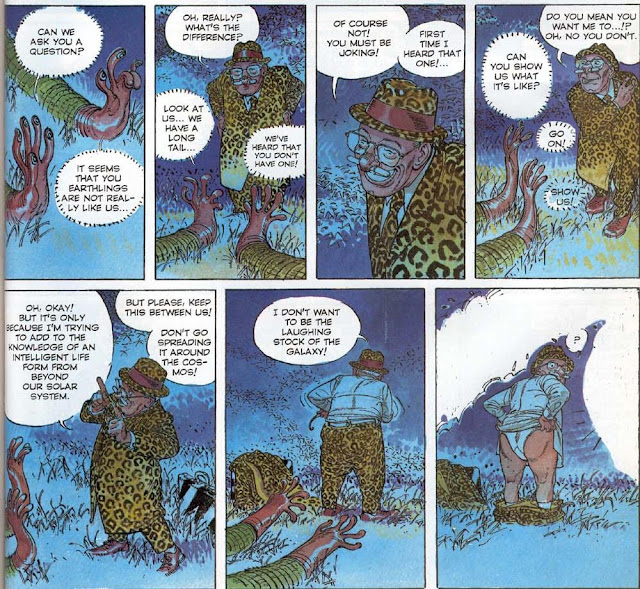 Annoyingly enough, this instance of the Modern-day Jungle Businessman, Jérôme Moucherot (Jerome McAdam in Heavy Metal Magazine) by François Boucq and Delan, where the "Bengal Tiger" is being pranked by Elephant twins is continued onto the very next page.

This process would be understandable when removing the dialogue from the original balloons, but if you pay attention to the original, the laughter is left intact.  Otherwise, all you'd be left with is a perplexing space of white noise where there was once sound.  Sound effects are generally left well enough alone, since translating them is enough of a hassle already.  Why would they bother removing them in the first place and not have them replaced afterwards? 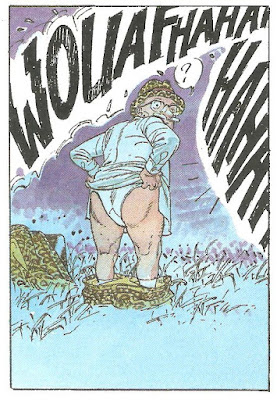 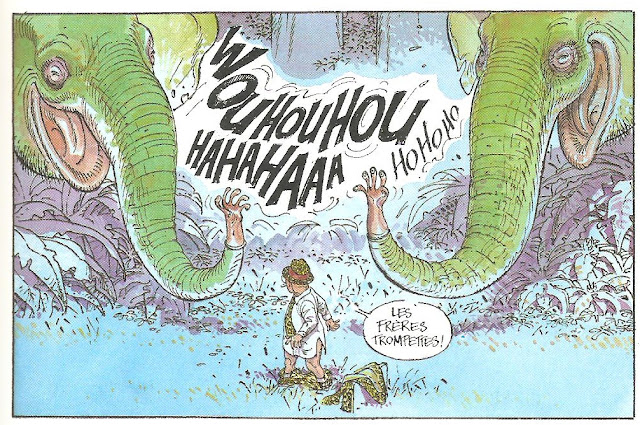 Another instance comes from Jacques Tardi's Bloody Streets of Paris.  In the original French text, we're treated to an astounding infodump of medical material regarding the study of amnesia.  French comics can be notoriously wordy at times, and this instance is no different. 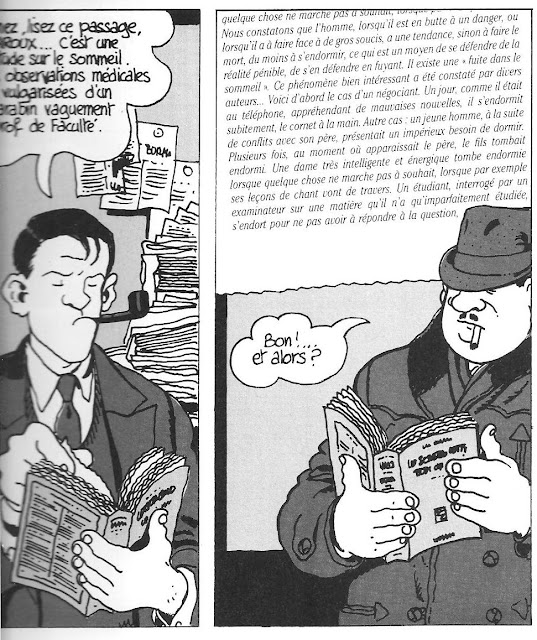 However, this intimidating passage is gleamed over by a much more convenient shortcut - just remove the offending text, and hope nobody notices. 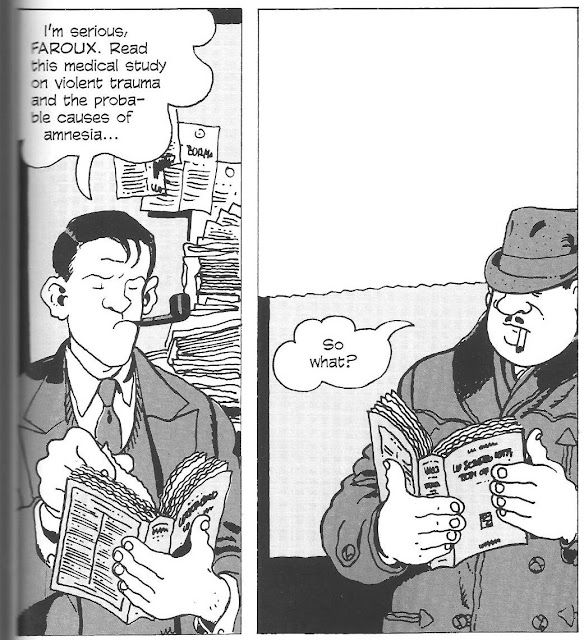 Normally, you'd probably pass over reading (let alone re-reading) the rather dry material, skimming over the pertinent parts, but not having it available feels somewhat like cheating.

In these previous examples, despite the removal of text, you were still more or less able to understand the general gist of what was going on.  However, the impractical aspect of removing ALL text so that they'll be more in line with the other translated texts can wind up with baffling consequences if they're not caught early on, such as in Cinebook's Spirou in Moscow.  In the following passage, for some reason, Spirou rips up some pieces of coloured papers, then without rhyme or reason, sticks them to Fantasio's head, monologuing his rationale the whole while. 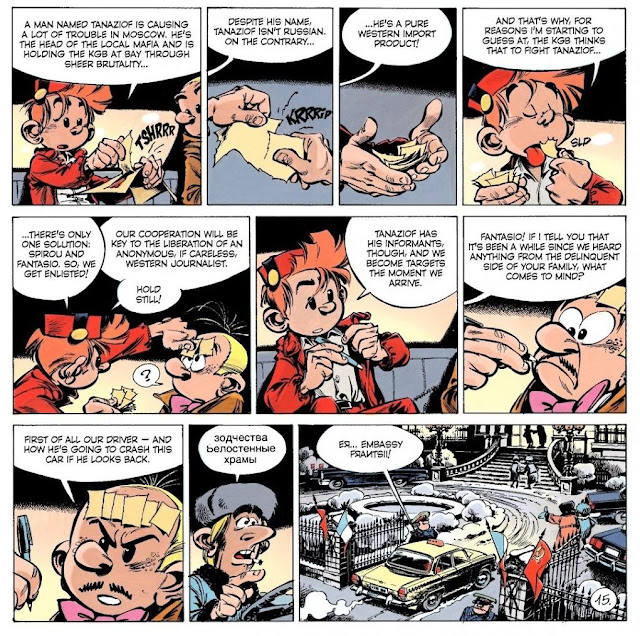 This perplexing exchange only begins to make sense if we compare and contrast this scenario against an unofficial scanlation that, despite being low-quality and borderline illegal, still manages to be more coherent than the officially licensed version.  It also helps if you know that Fantasio has a opportunistic power-seeking cousin named Zantafio. When I do my occasional scanlations, I always make sure to have the original physical copy on hand so that if I wind up erasing the whole text, I'll at least have a backup I can rely on.  Also, going between the bastardized translation and the original text gives me a better chance of using lines that'll reflect not only what's being said, but also support what's being shown in the comic panel.  If there's a discrepancy, I can make sure that the mistake is corrected beforehand. 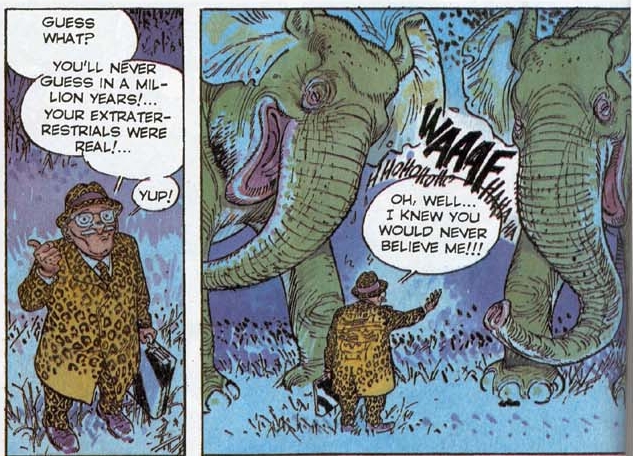