Before the onset of Wikipedia and TVtropes, one of the earliest sites for comparing weird factoids and arcane trivia in animation was The Cartoon Overanalyzation page, which can still be accessed on the wayback archive.  They covered a wide range of subjects, like how one of Filmation’s animators was a racist who refused to draw black people, so they had him doing the backgrounds instead; which was ironic, given they worked on properties like Fat Albert, which featured nothing but black people in it.

Or, if they took the jingle for The Smurfs being three apples high literally, then these Smurfs were HUGE.  (Go ahead, stack three apples atop each other) By extension, this meant that Gargamel was towering 20 feet high, and Azarael was the size of a mountain lion.

While purveying my old notes that I’d been accumulating, I came across several observations of mine that I wanted to contribute, but waited until I had at least three to consider them worth sharing.

I’ve had dreams where I’m reading books about comics that never existed.  Chief most among them, unprinted rejected strips of Calvin & Hobbes.  On one of these occasions was coming across a description of Warner Bros. Cartoon characters in Chuck Jone’s informative volumes, Chuck Amuck and Chuck Redux.  The passage I came across was delving into the psychological analysis of Yosemite Sam, who was created to be more of a challenging foil for Bugs Bunny, because Elmer Fudd was simply too easy to deal with. 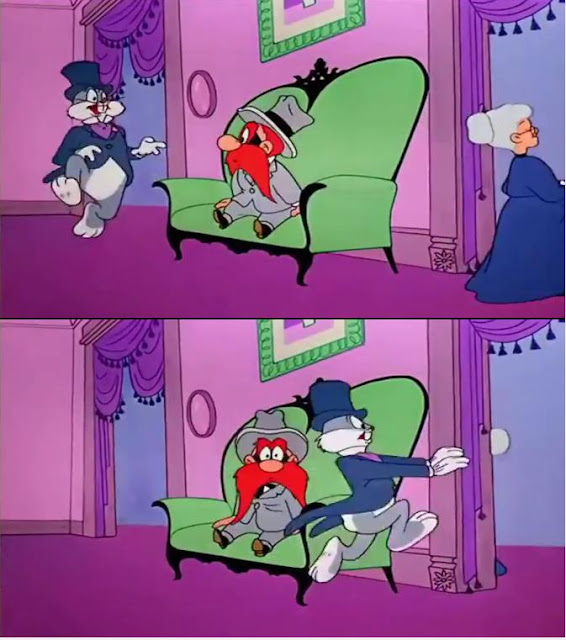 Yosemite Sam hates being surprised.  Every time he confronts Bugs Bunny, he is always surprised.

When I checked these books, I was surprised to see that the relevant passage wasn’t there, since it seemed to fit so perfectly with the element that defined the overexcited pirate/cowboy/tycoon.

In other instances, it's noticing certain traits that while being innocuous in showing the broader implications of ignorance, how such portrayal can wind up helping others suffering similar symptoms without calling them out on it.  In this instance, I came to the conclusion that Baloo from TailSpin had Dyslexia.  Some of the most creative people happen to be Dyslexic, which goes to show that the barometer for intellect and creativity is not just limited to people who know how to read.  Rather, they ways they circumvent to get around the barriers required to recognize familiar words takes some creative managing.  As long as they’re happy doing what they do, whether it’s tinkering with solid materials or working with their hands, rather than trying to force themselves into the synesthesia that is converting written symbols to sound.

This is most obvious in the episode Vowel Play, where he downplays the usefulness of spelling things properly.  That is, until the code he’s explicitly expected to spell the skywritings in the correct manner, lest City Hall gets bombed. 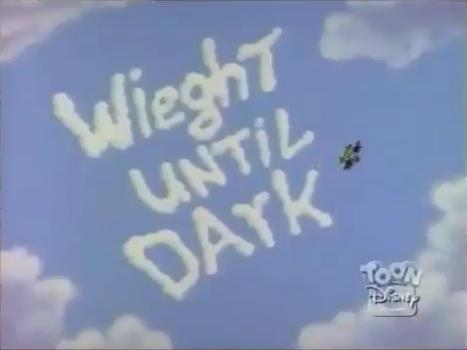 If it were only one instance, that could be enough, but another example that bolsters my theory comes when he has to reapply for his expired flying license in On a Wing and a Bear.  In that, he’s overly anxious when he’s overlooked by an instructor who spells out instructions in alphabetical order, rather than his natural routine he’s more accustomed to.

Though there is some new software out there to make fonts of similar letters slightly different, making them easier to tell apart.

Going back to the Smurfs analogy, they were some of the most ubiquitous merchandising forces of the 80's, rivaled only by Pokémon and Garfield, and parodied in The Simpsons as the infantile Happy Little Elves.  If they were released today, chances are they’d capitalize on more recent fads aimed at the extreme youth market, like Teletubbies or something.  But back then, Smurfs were the closest comparison we had.  They were introduced without much fanfare, and then promptly forgotten in later seasons for more worthwhile mindless entertainment along the likes of Itchy & Scratchy.  I just found it disappointing that while there was episodes devoted to comics, paying tribute to Watchmen Babies & Stan Lee, there was never an episode where Comic Book Guy acknowledged the existence of the comics the Happy Little Elves came from. 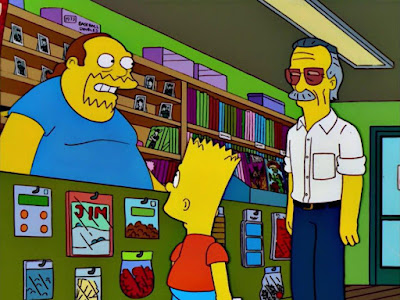 Like Teenage Mutant Ninja Turtles and CyberSix, which selected only the surface elements of a rather adult comic, Bart & Lisa would’ve been mortified to find out that the comics of the Happy Little Elves were satirical takes on society, deep distrust in the system they were in, and subtle political commentary on current events taking place back then.  And despite the politics being over 60 years out of time, the issues they raised were just as relevant today.

Now, ironically enough, The Simpsons have entered a holding patter of irrelevancy, their best years being long behind them, but they were also the force behind Prime-Time Animation and approaching subversive subject material in a humourous way.  And the American market being what it is, humour is the only way to guarantee an audience.
Posted by DeBT at 8:14 PM