Of all the holiday-centric themes, the Olympics rank among the scarcest in terms of coverage. 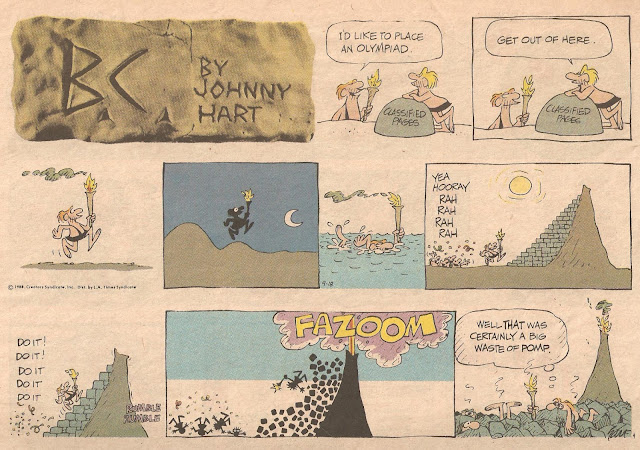 Since Olympics only happen every four years, it's less of an annual marker, so it doesn't normally weigh in on Cartoonists' minds, unless they make a conscious effort to tie in their characters to coincide with the event.  Not to mention the Winter Olympics, which happen in between the Summer Olympics, giving people from colder climates (Canadians & Russians) equal footing. 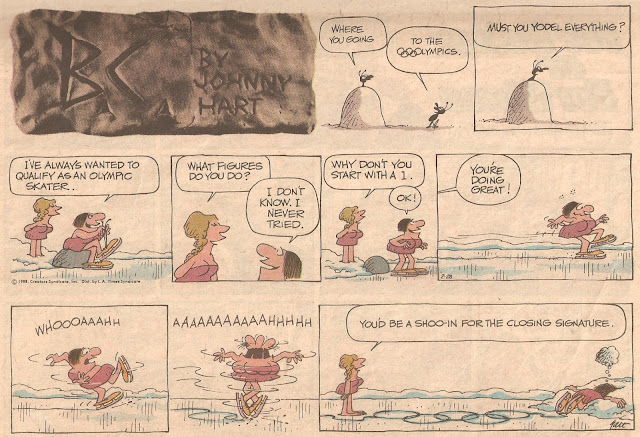 Since ancient times, people worldwide would compete in various events to see which one of them would be the best shining example of being the best in their fields. 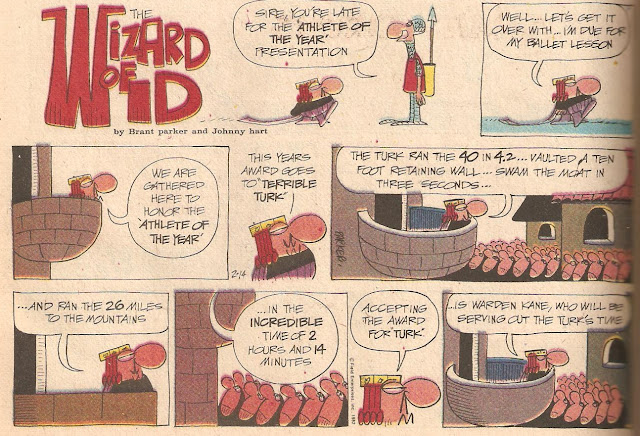 If there were any national events that happened to take place before the Greek tradition was revived in the late 18th Century, no records of them exist. 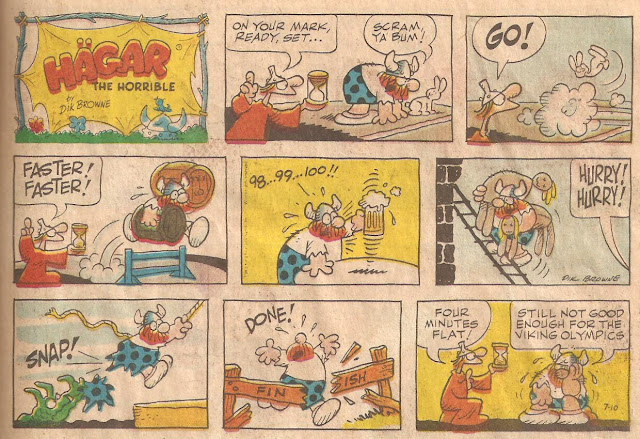 In Hagar's case, his Olympic event apparently consists of a triathon involving carrying two barrels of beer on a hurdle course, toasting a hundred times in a row, pillaging a castle, swinging across a moat (Moat Monster optional) and breaking through a wooden finish sign, because why make it easy at the end? 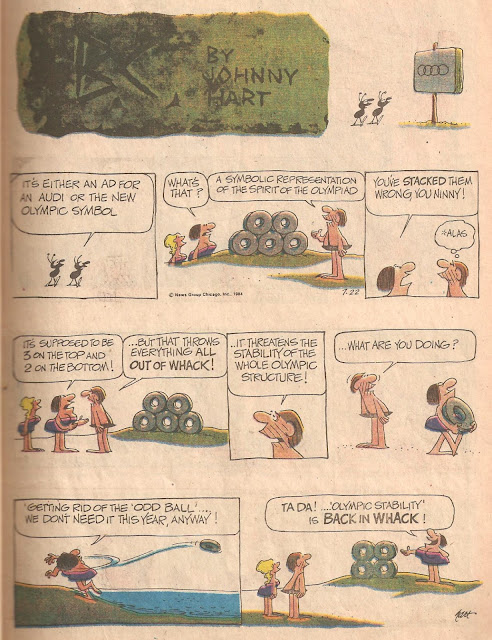 To ensure that everyone gets their fair share, the Olympics have branched out into various fields, from the handicapped, to the Deaf.  If any others are included in the future, they'll be so that no one (country) is truly left out. 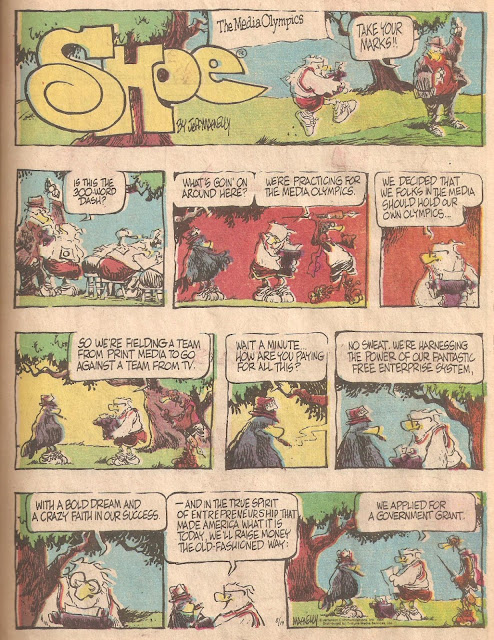