I waited awhile after my last post to see what other comics would be submitted in celebration of Muhammad Ali (and also to recuperate from an annoying fever) before submitting any additional missed comics of my own.  Since I'm not much of a sports nut, I could hardly be faulted to claim ignorance but felt I should at least portray at least a semblance of trivia. 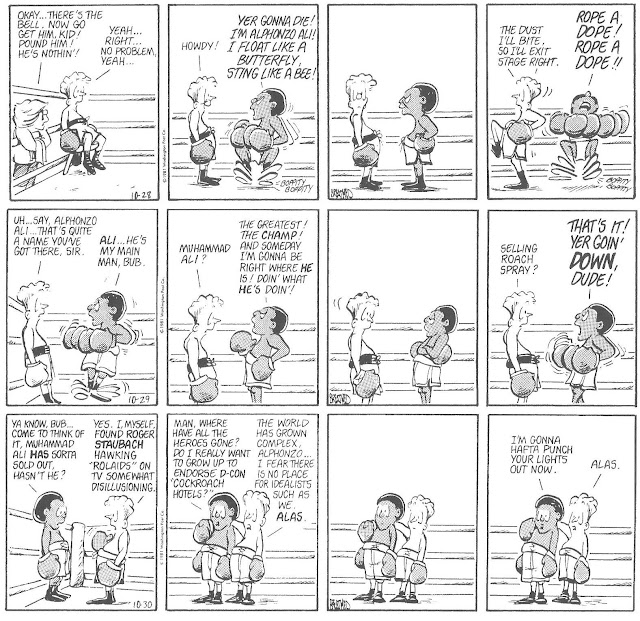 Fortunately, I found a link that did the job for me - a comprehensive look at not just his impressive career, but also the few times he showed up in MAD Magazine and his inevitable portrayal in Supes Vs. M.A., but also other S-hero comics and his influence beyond in showcasing a broader spectrum of Black S-heroes.  Many who used his template of Angry Opinionated Black Man (Falcon, Luke Cage, John Stewart [Green Lantern], and Black Lightning) to varying results.

His greatest regret was not being able to fight at the height of his athletic ability, when he was busy rationalizing his way out of not serving in the Vietnam war, since "none of the people he'd be fighting had ever done anything to him".  Fortunately, after working his way back into the boxing tournament that he'd been banished from, he managed to win back the championship belt he'd lost.  (Though they never should've been taken from him in the first place) 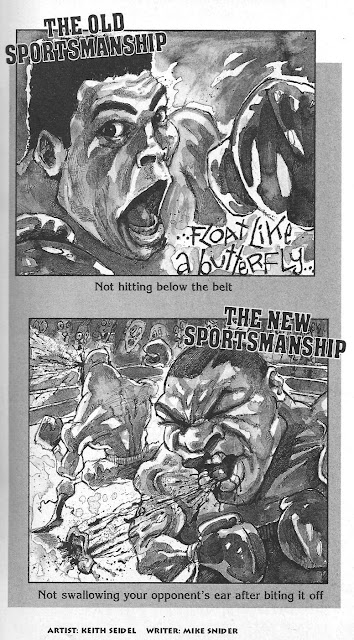 The general consensus was that despite making great civil right inways and self-promoting confidence for a denigrated minority group, Muhammad Ali was greatly despised by the White community for standing up for his convictions.  It was only after he retired from the boxing world (and couldn't physically fight back) that they started rooting for his cause.  Then, they could claim he was a "credit to his race" without actually acknowledging his accomplishments. 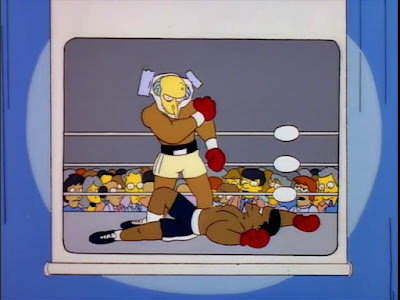 Another uncomfortable stance was his uncompromising position for converting to Islam, which was made more disconcerting considering the 9-11 attacks.  To which, when asked if there was any discomfort about Islamic Terrorists sharing his faith, replied "How do you feel about Hitler's sharing yours?" which sounds like a wonderful counter-argument, until you do some research, and find out that the veracity of the quote is in doubt.  Not to mention there's some dubiousity over Hitler's religion as well. 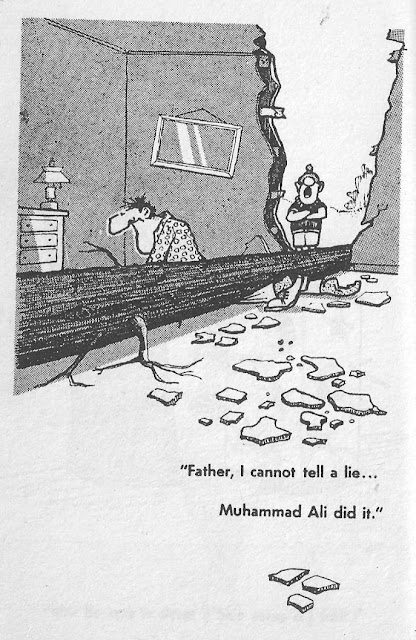 An example of how things can change over time.  The modern-day text for the above caption changed from Muhammad to George Washington.  While the name change made for a better associated joke, chances are it was in relation to the controversy over certain Danish cartoons that put outraged faithful Islamics into an uproar, who were more concerned over outside parties insulting a prophet, rather than how their religion would be perceived from their overreaction.

Normally, I wouldn't bother mentioning the Superman comic, save for one particular panel that always seemed unusual to me.  The one where Ali is giving a passionate speech, where we see an unusual angle of the inside of his mouth.  It reminded me of another artist, Ryochi Ikegami (who was greatly inspired by Neal Adams) who had unusual angles for the interior of a bear from the pages of Crying Freeman.  Muhammad may have been compared to various animals, but I'm willing to bet a bear wasn't among them. 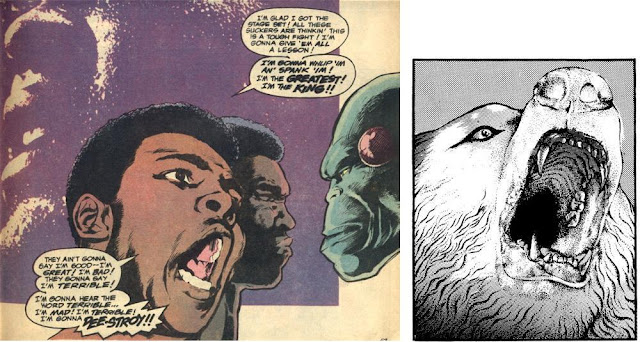 Ironically enough, his slowing of speech due to his failing health and Parkinson's would've made him a natural talker in New Grappler Baki, where he showed up as a guest celebrity in the later volumes. 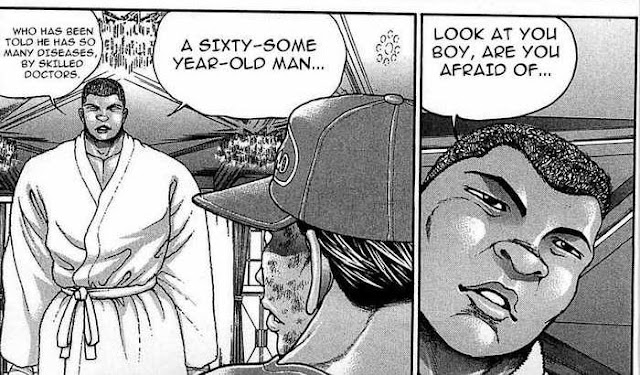 (The last two volumes are just a Humiliation Conga for his son, and should be taken with a grain - make that a pound - of salt.) 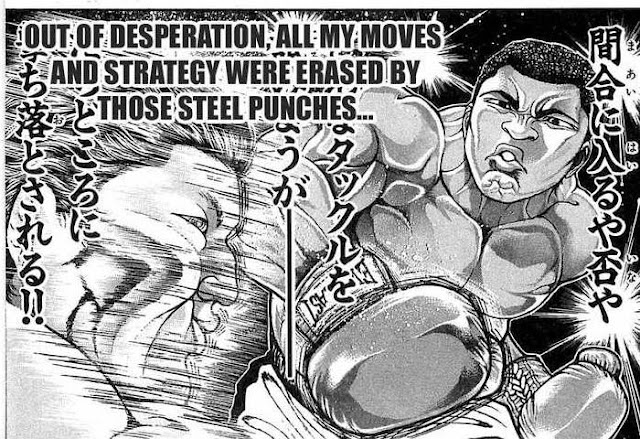