Cathy's Dad Has His Day

For the most part, Cathy is defined as a Mid-life crisis consisting of eating, shopping, working and her tortured relationship with her mother. 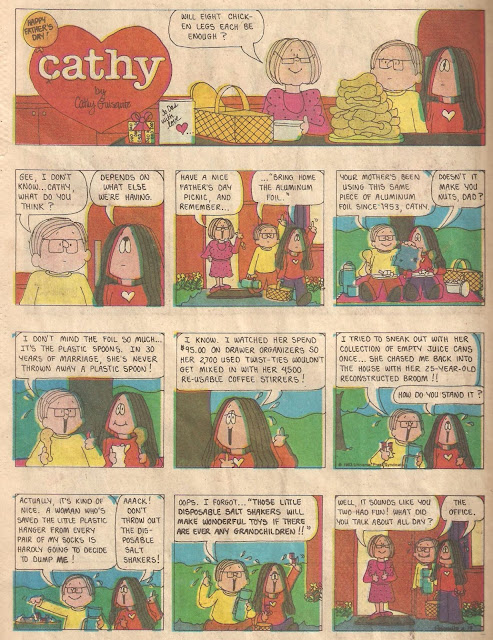 But every once so often, she would throw her father a bone of appreciation. 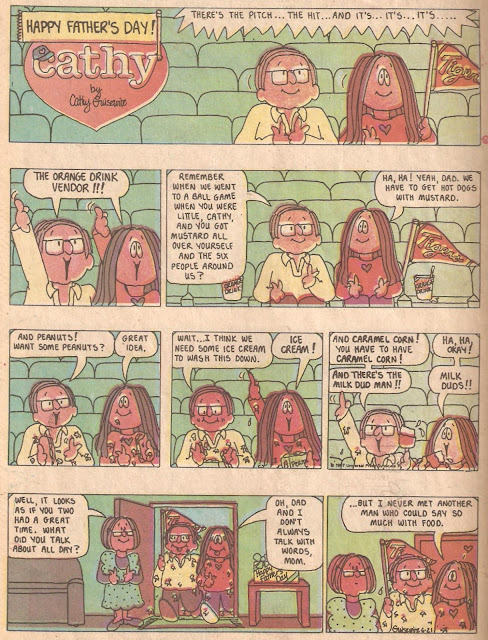 And even in these rare instances which would occur once a year, her mother couldn't help but put her opinion in edgewise. 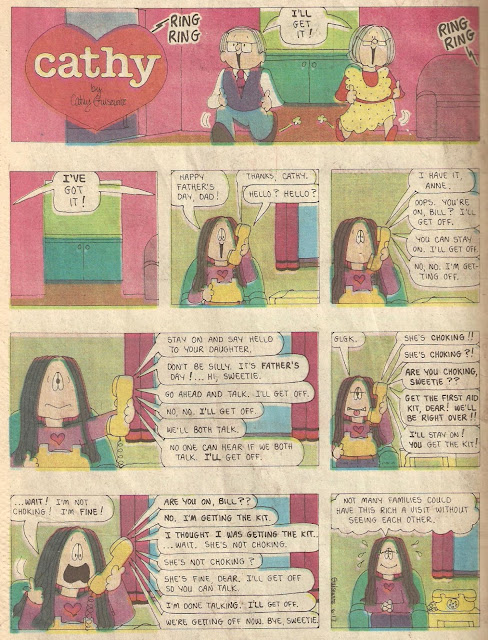 On occasion, Cathy had the presence of Male voices that weren't strawmen, but still allowed their skewed opinions alongside women's illogic.  When you've devoted a career to amping up the Woman's Liberation Movement long past its sell-by date, it's hard not to fall back on old habits. 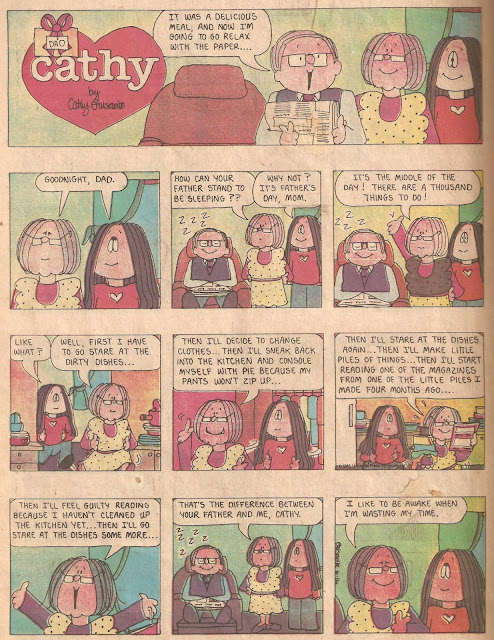 Even Irving wasn't immune to being exposed to the so-called pleasures of Fatherhood.  Considering the amount of time babies need constant care and attention, it's no wonder richer couples shuffle them off to Nurses and Nannies so they can concentrate on having time to themselves. 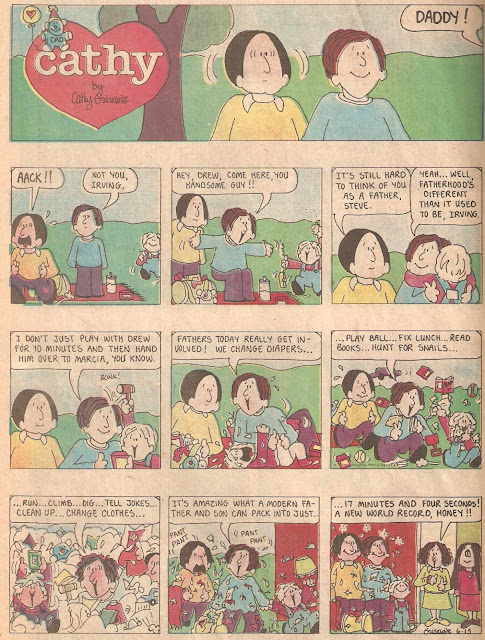