Nick of the Adam Family (not to be confused with The Addams Family) has been a staple for so long it's hard to remember a time when he wasn't part of their household.  A quick purvey through some old newspaper archives should rectify that. 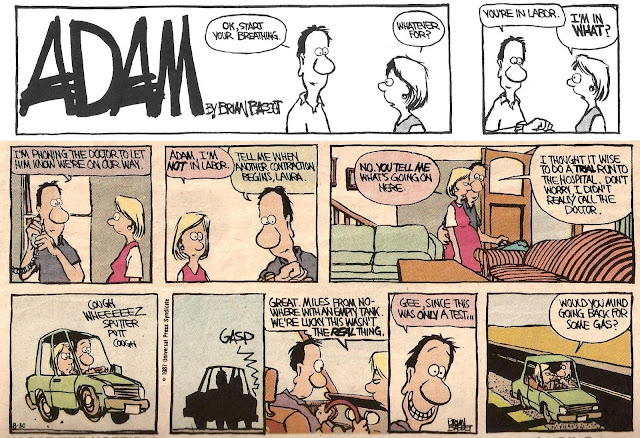 When preparing for the upcoming pregnancy, Adam did trial runs to make sure the process would run smoothly.  They went as well as could be expected, and probably weren't repeated.  Given what happens next, they needed more practice. 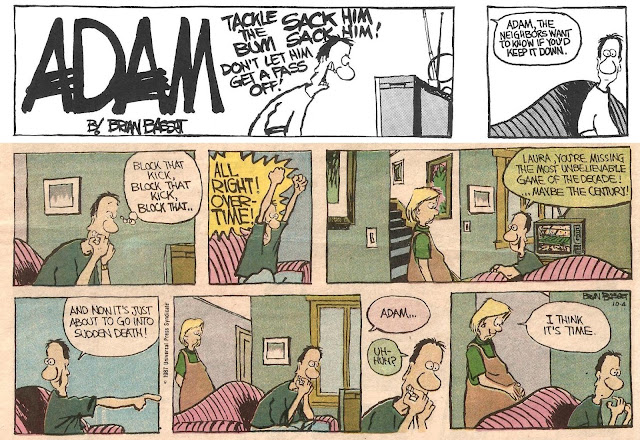 The next update involving the expectant mother happened to occur on October 4th, during the Football season at the most crucial cliffhanger moment.

This football plot thread was quickly abandoned two days after the Sunday comic in favor of more intriguing drama.

During the labor process, Adam tries to be as helpful as possible.  The key word here is "possible".

For the uninitiated, Vince Lombardi and Tom Landry are Football coaches, clumsily shoehorning the Football subplot back in.  These comics were left out of the book collection, which goes to show that not everything left out is solid gold material. 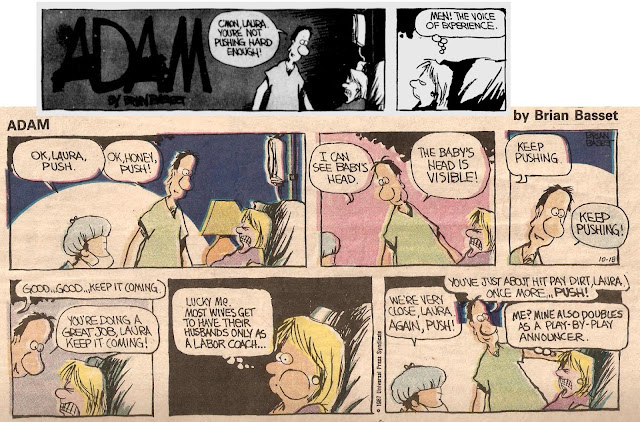 I was unable to find the throwaway panels for this one, so you'll have to fill in your own jokes here. - EDIT found it!

Sometimes when padding out a storyline to fill a week, you wind up with clunkers, and this is certainly one of them.

Up until this point, the gender of the baby was still unknown.  There was also dispute over what the unnamed infant-to-be should be called.  Katy & Clayton's suggestions of Vanna, Mad Dog and Cobra were rightfully ignored.