Lately, there's been all kinds of live-action adaptions concerning the origin of the little boy who never grew up.  Some trying to overexplain Peter's relationship with his eternal rival, Captain Hook, one handling the legend with an air of surprising maturity, others simply trying too hard to be hip to contemporary audiences.

For me, however, despite their attempts into forays into maturity, they never seem to quite reach the heights that Regis Loisel managed with his interpretation of the classic story. 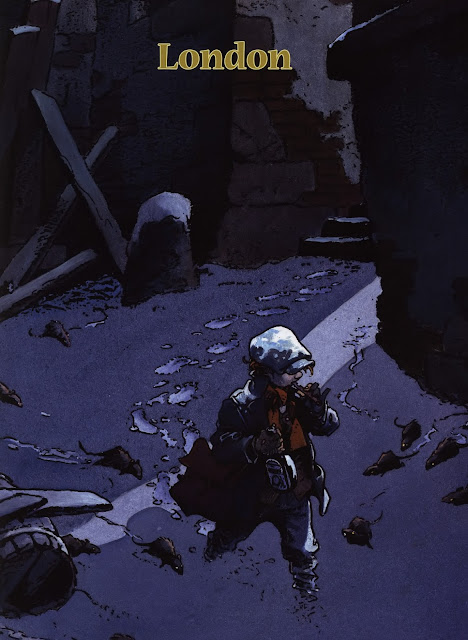 For years, Regis Loisel's Peter Pan was THE dark origin, showcasing an unflinching look at the dark underbelly where Peter came from.  It was only available in French, its lush drawings and wonderfully gross caricature of human faces available only to those who could be bothered to learn the language.  It's storytelling was far and beyond what would be considered the norm for a typical children's story.  It was one of several titles that I hoped would be scanlated considering its subject material ensured that it wouldn't be seen by American eyes for years.

Then again, it may have been worth the wait, since we got the whole package at once, without having to wait for future installments.  European comics can take their sweet time preparing their comics, planning their storyboards well in advance over the course of a year.  Then the results are then trickled out as previews via comic magazines, alongside other short-term serial stories and one-page gags.  While this may allow for higher quality control of their product, it also runs the risk of alienating their core audience if they're not fully invested in public opinion.  With such potential mood whiplash, its sometimes wiser to wait until a large body of stories are released, so when collected en masse, the resulting narrative will make more sense as a whole, otherwise their whole vision would eventually peters out.  (No pun intended)  The closest modern-day comparison would be Yoshihiro Togashi's Hunter X Hunter, whose schedule is now up to the creator's sensibilities.

To those whose most impressionable memories of Peter Pan come from the Disney version or the play, this comic plays closer to Barrie's original text.  Ironically enough, despite it's misogynist tones, in plays, the role of Peter Pan was always played by a woman.  It wasn't until the Disney version that he was represented as a boy.  A highly sanitized boy, but a male nonetheless.

What Regis Loisel does is just further emphasize the underlying darkness that was prevalent there.  Bill Willingham originally intended to have Peter as the main antagonist in Fables, since the idea of a boy kidnapping children to fuel his Lost Boys army was frightening to him.  Surprisingly enough, despite its venturing into dark territory, the majority of the pages are lush with colourful detail.  It fits alongside other Fairy Tale works with portrayal of casual childish violence, such as Fabien Vehlmann & Kerascoët’s Beautiful Darkness.

Peter Pan is enjoyable, even if the Black caricature and indistinguishable Indians are potentially distracting. One thing that disappointed me was that the Peter Pan omnibus didn't include the illustrations on the back covers.  Since some general understanding is necessary for their contents, here's a basic summary of what takes place.  SPOILERS abound for a 20-year old work. 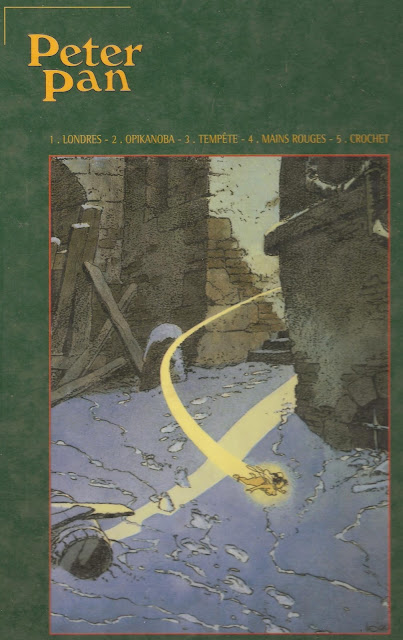 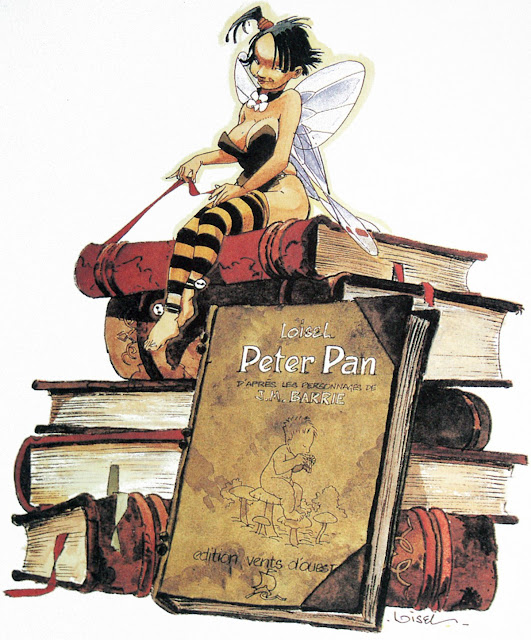 (Sometimes retitled Neverland in other foreign editions, this album is where the story begins in earnest.) 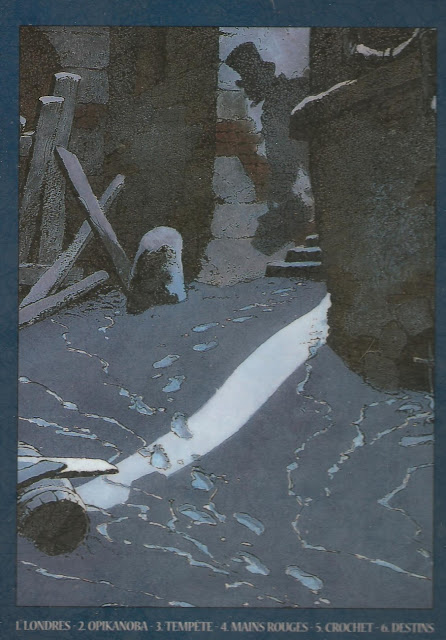 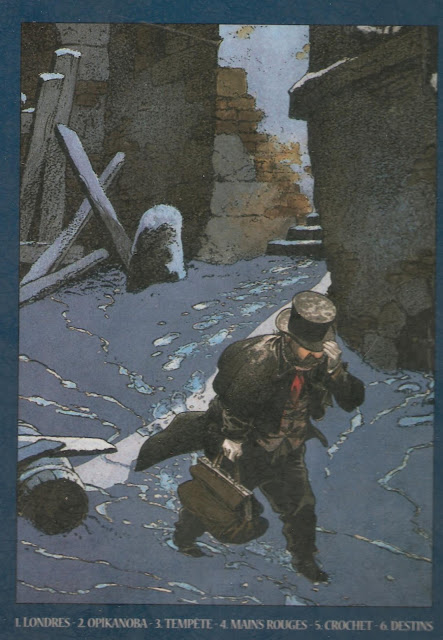 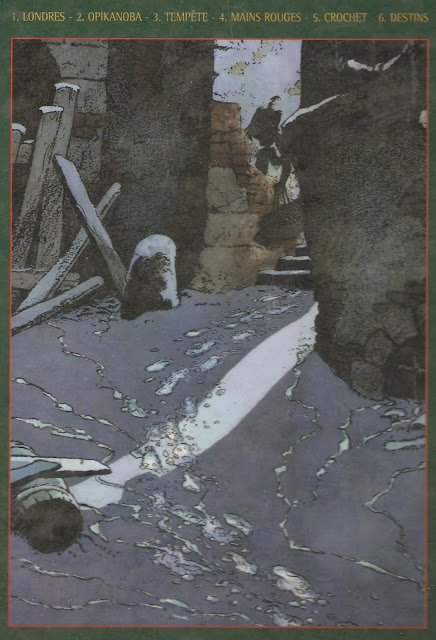 If the focus on the first four albums was mainly on Peter, then the 5th devotes some considerable screentime to scenery-chewer Captain Hook.  The 5th cover in particular does a wonderful showcase of the pained pitiful expressions of Peter Pan's foe. 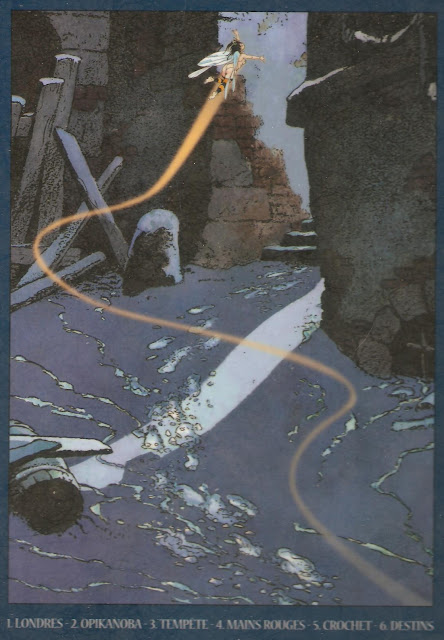 And thus, Peter Pan ends on an unusually down note.  If the beginning was about escaping harsh realities, this denouement seems to be all about self-denial.  Everybody wants to avoid looking too closely at the truth, because it could be too painful to live otherwise.  While adults generally remember childhood as an idyllic time, that's because they're far removed from how it actually was for them when they were young.
Posted by DeBT at 9:58 PM