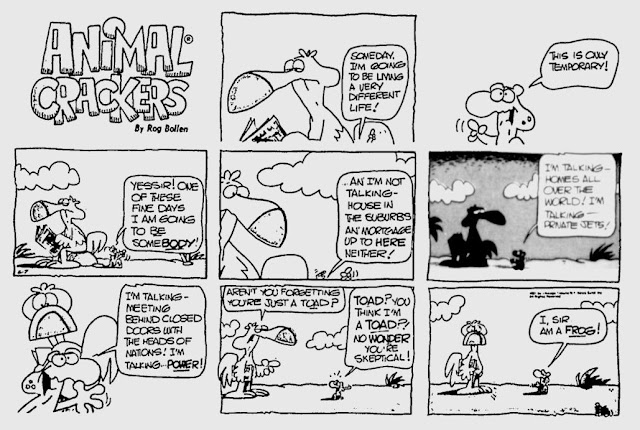 Just recently, Roger Bollen, the creator of Animal crackers died of a heart attack at the age of 74.  Although I wasn't a large fan of the strip, there were several interesting tidbits that the (only!) most comprehensive obituary of the man revealed: 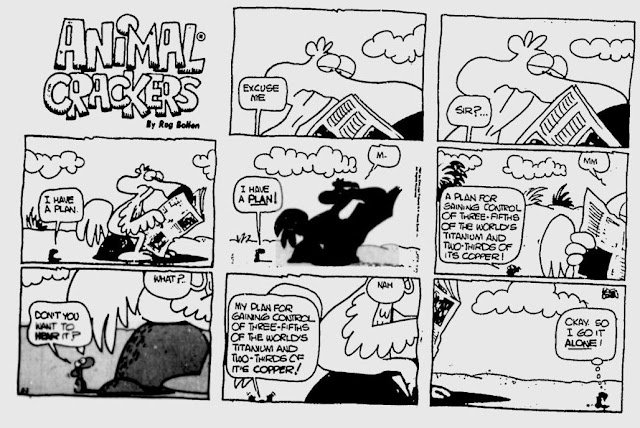 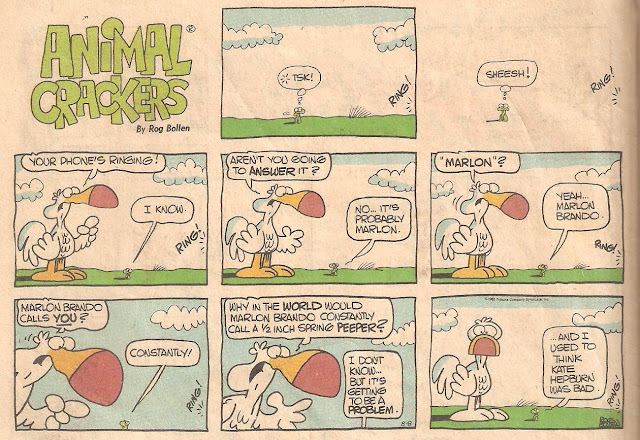 If you're wondering why there haven't been very many Animal Crackers collections, it could be because he had a run of bad luck when a fire damaged his new studio in Kirtland Hills, destroying much of his art. More art was lost when workers tried to repair damages from the first fire and accidentally started a second fire. 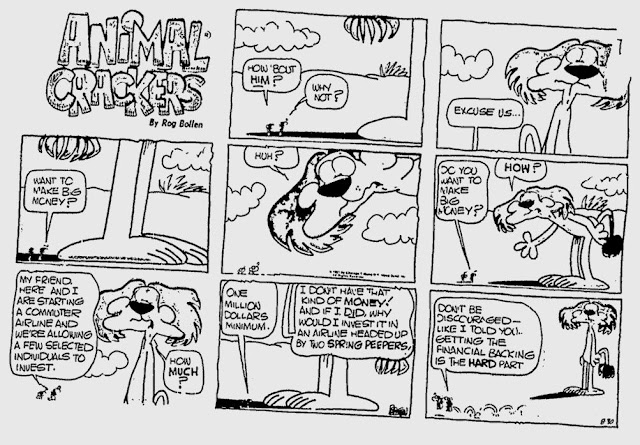 His daughter said he stopped writing and drawing Animal Crackers in 1992 because "he just got tired of it and wanted to work on television."  He soon got his wish when Animal Crackers moved to television from 1997-99. 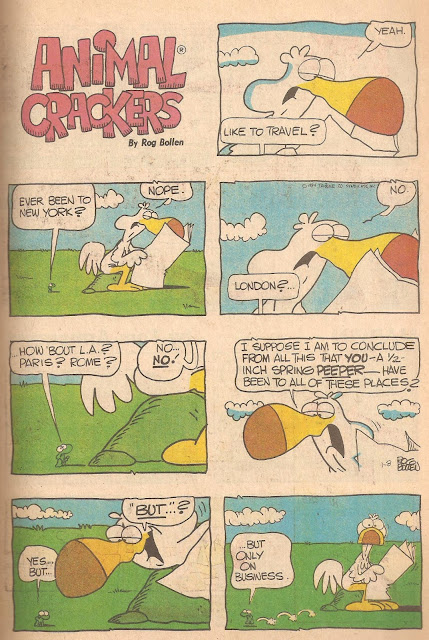 He was also responsible for drawing multiple children's books with his former wife, Marilyn Sadler as the author, including the series "P.J. Funnybunny" and "Alistair's Elephant" and its sequels, one of which showed on Reading Rainbow.

For someone quite accomplished, he was remarkably modest about his ability.  With that in mind, it only seems fitting to honour his memory with comics of the world's most ambitious Spring Peeper. 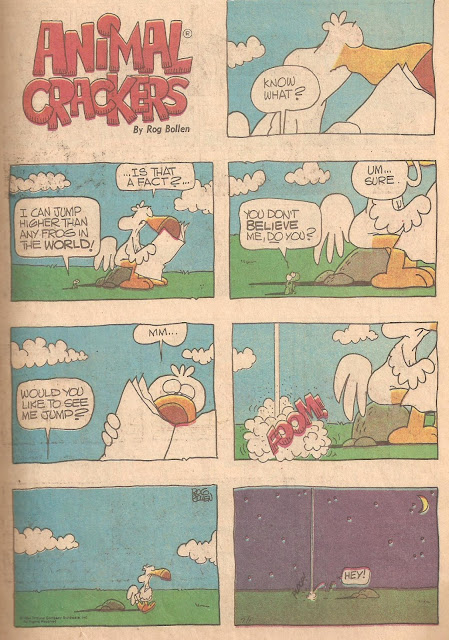