First published in RAW magazine in 1989, Richard McGuire's Here was an unique take on showing the progression of time within a fixed place, having various panels represent certain events that happened in the past. 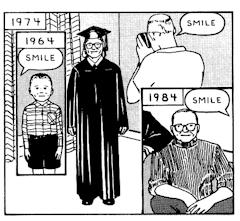 This simple concept was later expanded into a 300-page colour comic, showing all kinds of minor events and similarities between time periods.  From mothers handling their babies to Halloween costume parties to exercising for fun, there are universal commonalities that are eternally prescient.  One of my favorite scenes is where a man is scraping away two layers of wallpaper at the same "time" that another man is papering over the old pattern. 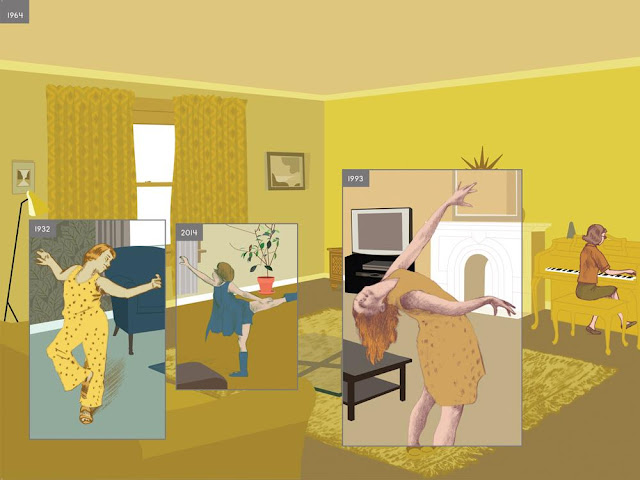 Much like the 6-page draft, the updated Here manages to remain fascinating which is a remarkable achievement for a book without a plot.  There are minor instances of some timelines having continuous progress between the ages, but they're rare enough to stand out on their own.  The largest discrepancy would be at the beginning where a woman in 1955 enters the room, muttering aloud to herself, "Hmm... Why did I come in here again?" and then on the last page, picks up a photo album (another instance of captured moments in time) and answers "Now I remember." 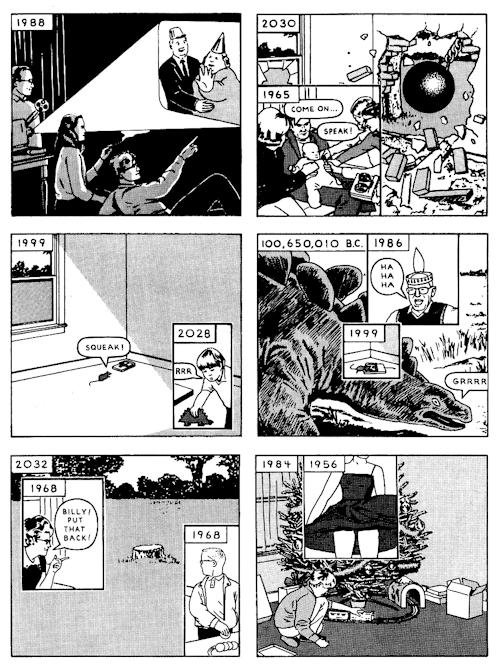 While Here was a brainstorming influence on cartoonists to think outside the box (while ironically being confined to a single box), the inspiration for this may be less than obvious.  Part of it could've been from stories that Ben Franklin's son's house was just across the street from Richard McGuire's childhood home.  Another being that prehistoric dinosaurs and now-extinct creatures roamed the very land he once resided.

But another unintended influence could've very well been from Bil Keane's Family Circus. 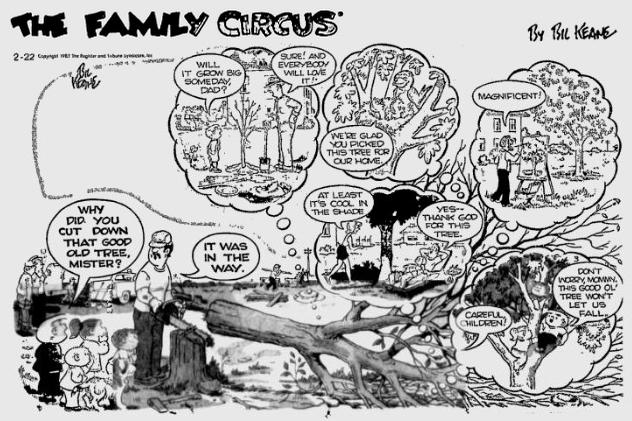 While normally a well-drawn pastiche of mundane family activities and zoomed-out maps of Billy's dotted routes, there are also the lesser known instances of memories and ghosts occupying ancient realms where daring boys and girls wound up achieving accomplishments that everybody feels were done for the first time ever. 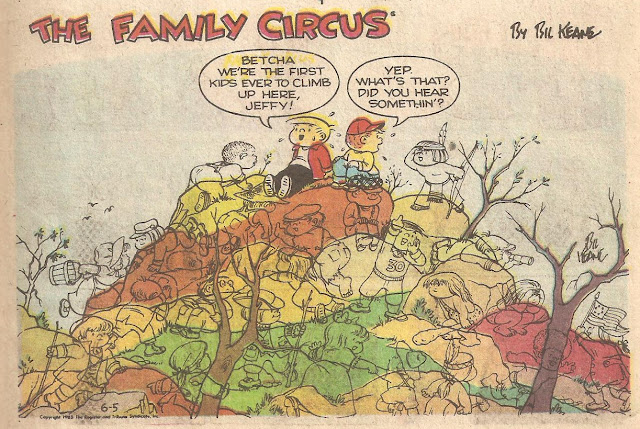 What McGuire improves upon is not just looking into the past, but also into the future, or at least potential futures that could very well happen.  Also, his viewframe is not limited to any one character, but ranging from the formation of the Earth to at least three centuries from today. 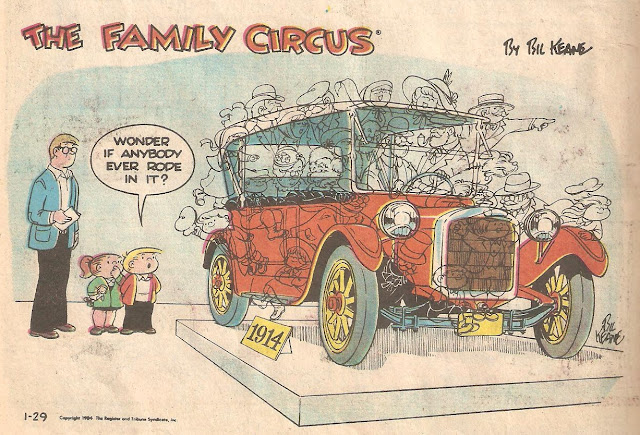 It's easy to find comparisons between common events.  It's far harder to make connections between events that happened ages ago, and finding similarities between them.  All these Sunday comics showed up long before 1989, so whether they wound up having an influence or not is entirely subjective. 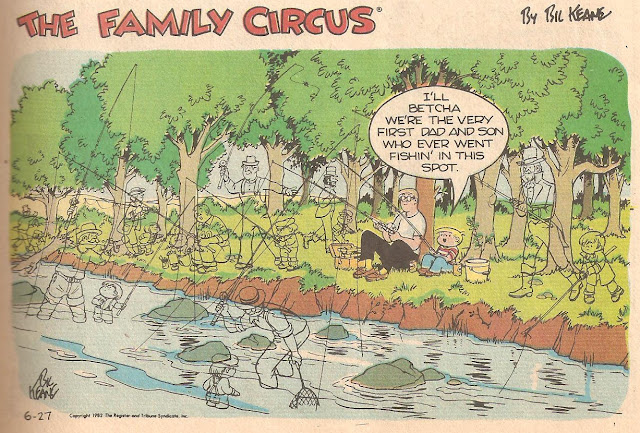