When I posted comics of Hagar's Castle years ago, I thought I'd plumbed the depths of the extent of the brief rare instances that Hagar lived in a mansion several stories tall.  Turns out there were several dailies that had the Viking Father living in a Medieval high-rise as opposed to living in a simple cottage.

By themselves, they're little more than strange aberrations, but clearly, if you look at the selection of comics in a certain order (not chronological), their story makes a certain kind of sense.

First off, Hagar acquires a castle from one of his many raids:

Next, the castle broken apart and rebuilt, much like extra-large Legos, or David Xanatos' attempt to free the Gargoyles from their curse.

These parts are then carefully laid onto a pre-planned foundation holding nostalgic value to the owners.

This resilience onto personal preferences rather than forward thinking can lead to unintended consequences:

Once everyone's settled in and gotten acclimated to the new conditions, there's the new hurdle - getting used to the extra-large dimensions.

While the extra space may provide an intimidating factor from preventing nosy neighbors peeking into your yard, some may show no resistance to the contrary.  This can also mean that they have more rooms than they could possibly need, as well as the greatest enemy to Professor Charles Xavier:

This becomes more obvious when accomplishing even the simplest tasks becomes a surmountable obstacle due to the distance between two lines becoming longer than usual. 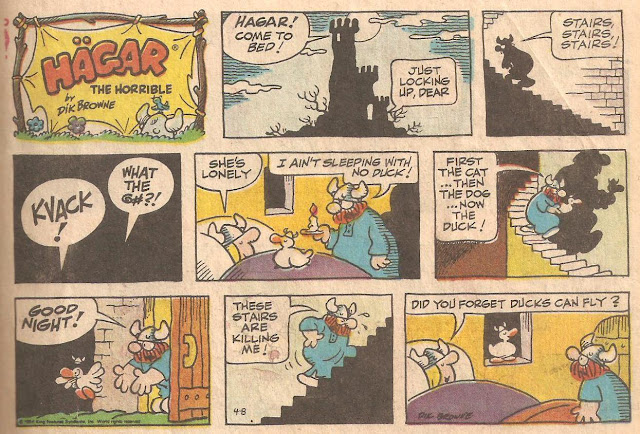 Likewise, any collateral damage they may acquire would have long-term consequences that would take years of repair.

In short, having a castle may be impressive, but keeping and maintaining it is more trouble than its worth. 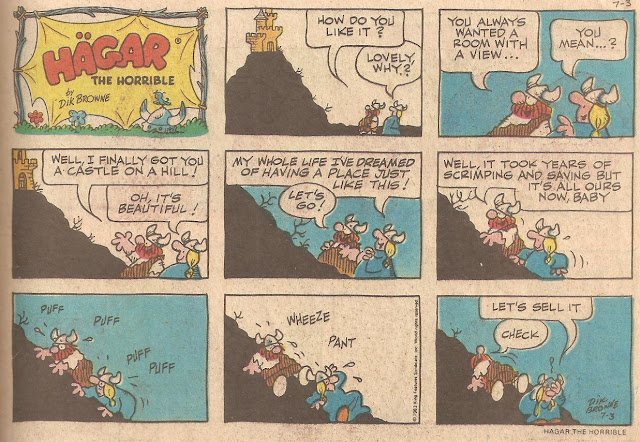 Better to just let kings and monarchs go to the trouble of living in them, and raid them whenever necessary.
Posted by DeBT at 7:54 PM