Just recently, I posed with my family for a photoshoot, since we missed out being photographed together at my sister's wedding, when it would've been the most convenient chance to have all of us captured at the height of our looks.  I suggested simply photoshopping various photos together to save us the time and energy, but my comments were left unheeded.

It took some considerable time and effort to plan a date with all of us, since anybody who's familiar with office scheduling knows, trying to plan a gettogether with so many people is something of an exercise in frustration and futility. 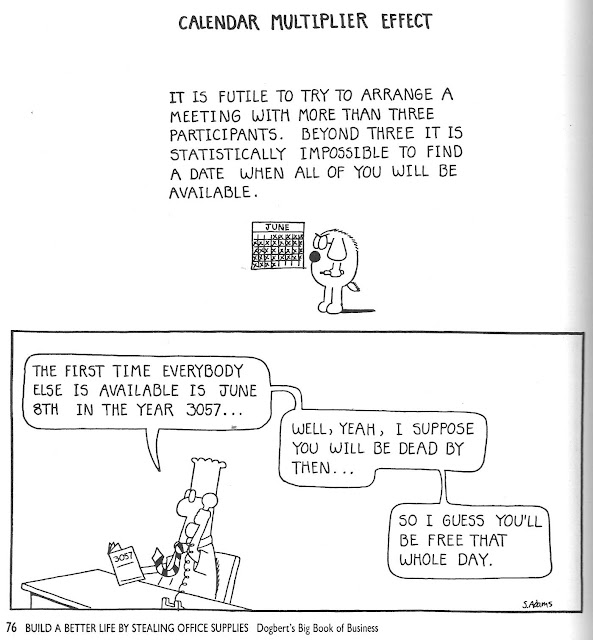 Also, it'd been a while since the wedding, and I hadn't bothered to get a new fancy suit, since I get invited to social events so rarely (except when occasion and tradition demands it).  So when I attempted to fit into my old duds, I was somewhat shocked at how tight they were.  It took some considerable effort to finally put my pants on, and I wound up feeling like Morticia Addams wearing her skintight uniform which the actress said, "Looked fantastic, but was practically impossible to move in."  (I hadn't bothered to test-wear my clothes beforehand, necessitating some preliminary exercise that could've shed some pounds off)  This wasn't helped any when it was determined that the shirt I was wearing wasn't fancy enough.  Then it was the wrong colour, and clashed with the basic black of my jacket (which also required some innovative contortion to fit into).
Further mitigating this factor was that when it came to changing my socks and shoes, I couldn't bend down enough to reach my laces, let alone slip into the soles.  I had to resort to taking my pants off in the bathroom, then slip on my shoes with the pants leg bunched around my ankles.  We were going to a lot of trouble to look like sophisticated upper class, when 99% of the time, we're generally dressed in casual clothes.  I would've worn my Pyjama outfit if I could've gotten away with it.  It all looks the same from a distance, anyways. 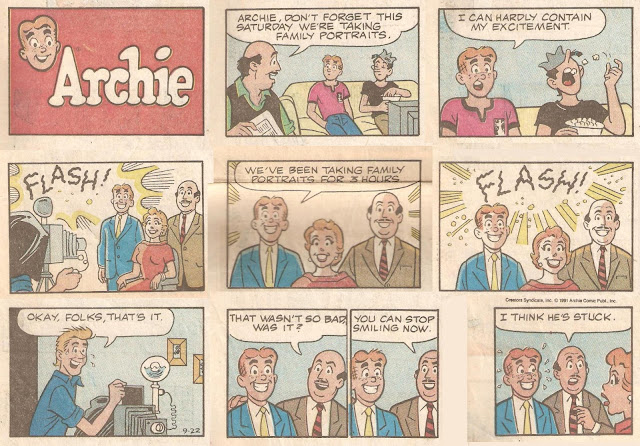 Once we finally got ourselves on the prospective location of the backyard instead of making the trek to a nearby lake (which helped prevent further stiff Frankenstein walking), we were ready for our closeups, and the photographer to do his rapid-fire shooting with his trusty Nikon D7100, the only multi-purpose camera professional photographers need.  When being shot at, that's something safe to be the receiving end of.  (Unless you're a celebrity in the midst of your scandalous personal secret shame) 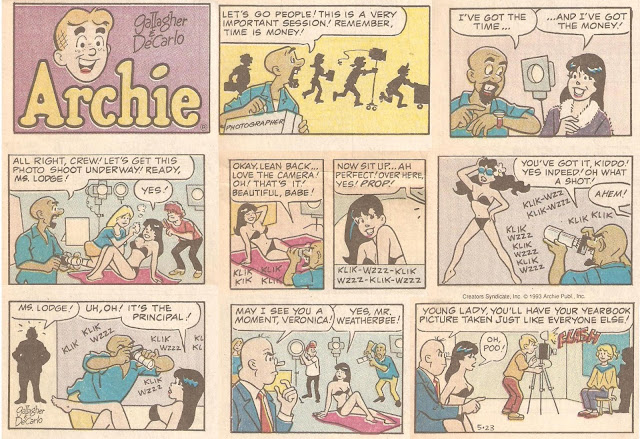 However, the biggest deterrent to the whole project was yours truly.

I'm somewhat of a night owl and social recluse (being deaf does wonders for alienating you), and tend to face the sun as much of an everlasting obstacle.  I am convinced that there's an ongoing conspiracy to rearrange the landscape and nearby objects just so there'll be a patch of sunlight positioned just where I'm trying to relax. 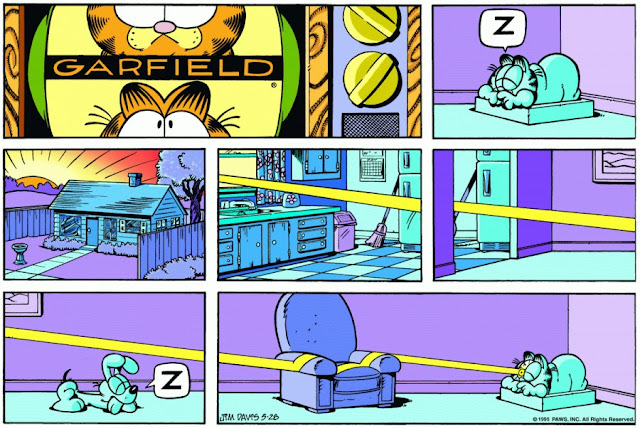 Furthermore, I hate having flashes light up my face, and take great pains to avoid being photographed in the first place.
I'm generally sensitive to bright light, and one of the many deterrents I take for protection from the harmful radioactive rays of the sun is by guarding my face with a baseball cap and sunglasses that look like they belong to a secret Government organization, which makes me look like a slobby Man in Black.  The only problem with this getup is that I tend to be somewhat lax in my appearances, and don't bother to comb my hair, let alone clean my glasses, since I find the dust helps reduce the glare when taking said sunglasses off.  And once my shades were removed, my intimidation factor withered in the face of my mother who insisted that I clean them to her specifications, since the camera would surely pick up microscopic dust particles lying around my lenses.  Today's cameras are more powerful than those of yesteryear, and can capture every unflattering facial feature, save those of celebrities who are photoshopped into perfection.

It was only by sheer chance that a weekend afternoon happened to be partially cloudy, which helped not only with the lighting, but also with cutting down the glare in my face.  Also, the camera was a digital camera, which I greatly favour over the old-school models which take room-filled flashes resulting in seeing unblinking stars that stay, even with your eyes closed.  If those flashless cameras had been around, I'd be more receptive to having my picture taken. 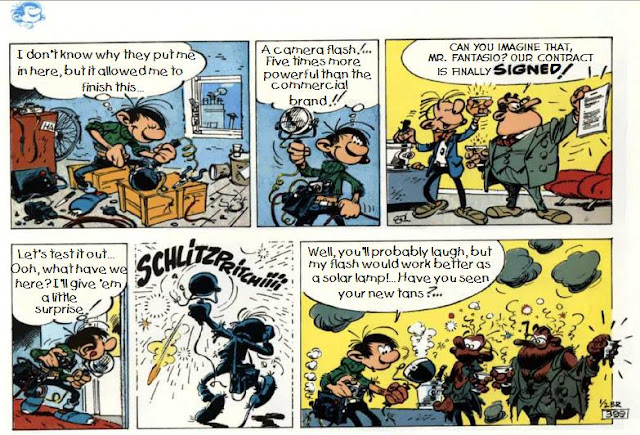 But even with that element in my favour, I was still helpless in the thralls of one other singular self-destructive habit - I'm not very good at smiling on demand.

Even when my face was contorted into the shape that I thought was shaped into a smile, I was told that I was frowning instead.  Apparently, pressing my stiff upper lip upwards doesn't seem to work as much as I feel it does.  It's often been said that it takes less muscles to smile than frown, but I've never understood this saying.  The easiest way to frown is to put your face in a neutral position, and let gravity do the work.  I strained as much as I could while looking in the mirror to hold a face that I thought looked perfectly natural, but was told I was grinning too maniacally.

The ironic part is that when I was younger, I was able to display natural smiles, and there were plenty of photos showing the proof.  I suggested transferring those smiles onto my face, but this suggestion, like my earlier one was summarily rejected.

To make matters more confounding, my brother-in-law, who only had to pose for 1/4 of the photos (lucky bastard), when he wasn't being photogenic, was doing amusing antics behind the photographer to make us laugh.  I'm told I have a natural smile when laughing, but have also been told that I tend to laugh too loudly.  So when put in this compromising situation where I should've smiled, what do you think I did?  I suppressed my smile, trying not to laugh.  My problem is that I've internalized the Groucho Marx / Buster Keaton method of humour, by never allowing my facial features to crack too much when telling subtle jokes.  This has a tendency to backfire, since at first glance, people aren't aware that I've told a joke in the first place, since I'm always giving out straight lines.  I'm a consummate straight man without a partner to react in my favor for me. 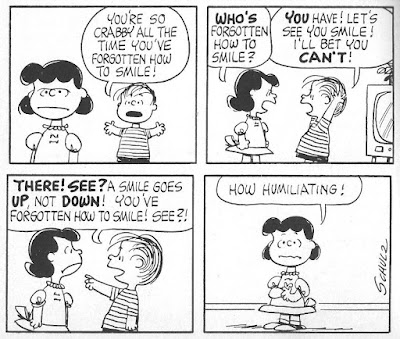 This predicament reminded me of the Children's book by Nancy Willard and Tomie de Paola, Simple Pictures are Best, about an elderly couple, who, in an attempt to look as sophisticated as possible, wind up implementing every aspect of their interests and hobbies into the photo.  And once they've finally got everything set up perfect, the elderly couple wind up being unable to smile.  The photographer's assistant has to help things along with trying to entertain them, without much success, until his antics wind up attracting the unwanted attention of a nearby bull, whose presence winds up yielding the desired results.  Once all the dust has finally settled down, the negative is developed, revealing the masterpiece... which is obscured by the body of a bull.  While the elderly couple look on the photograph with dubious looks on their faces, the photographer upon his departure, remarks the piece of advice he'd been saying the whole time, "Simple Pictures are Best."
Fortunately, we managed to have some better pictures of me inside the house where I felt more comfortable.

This rare photo of me and my sister is one of my mother's favorite pictures, since she said it so perfectly captures our essences.  My sister is cheerful, outgoing and friendly.  I'm sullen, introverted and smirking.  Her clothes are prim and proper.  Mine are rumpled and unkempt.  My sister looks pleased to be where she is.  I look like I'd rather be anywhere but here.  Furthermore, our umbrellas happen to convey our moods.  The one common constant between the two of us is that we're both carrying books.  Despite our differences, we love to read.