Jason Shiga's DEMON has just officially entered the halfway point of its planned story and is currently one of the most addictive webcomics currently running, despite its initial setup not revealing itself for the first couple 50 pages or so.  At first, it looks like a twisted take on Groundhog Day where a man tries to commit suicide, but wakes up to find himself in the same room, with some things slightly changed. 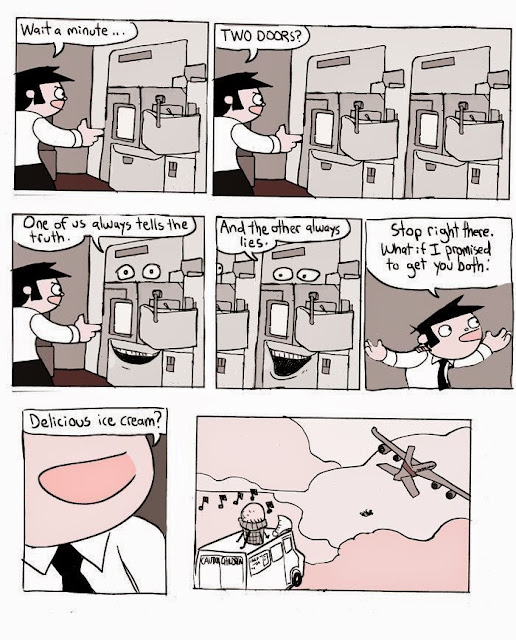 It's difficult to describe the plot of DEMON without giving away the basic premise, since so much of the enjoyment comes from finding subtle clues embedded within the narrative that doesn't become apparent until later.  The best spoiler-free concept of the premise is that it's somewhat of a mixture between Death Note and Breaking Bad.  A perfectly ordinary everyday man suddenly finds himself in a position of considerable influence, and begins abusing said influence almost immediately.  To bring the comparison further, DEMON is also notorious for it's numerous cliffhangers from its daily pages that are a mixture of dense infodumps to maddening sparse, which is perfect fodder for the commentors to endlessly debate and theorize over.  One even managed to correctly predict the potential outcome of an initial setup before the big reveal appeared. 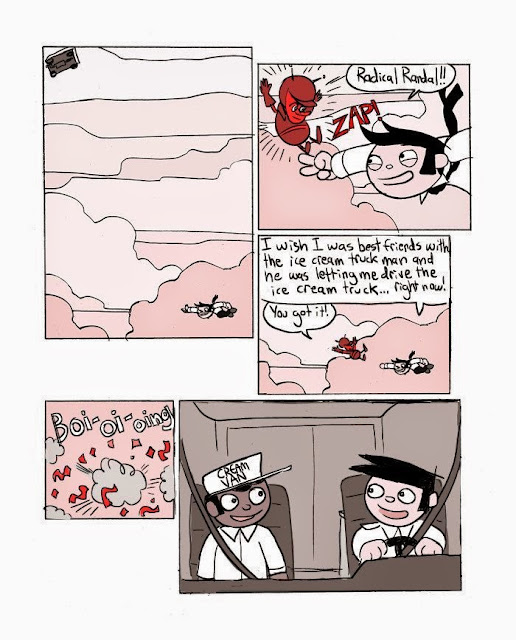 More surprising (or maybe not) is that readers have continued to stick around after the controversial 5th chapter that the author admitted was the "most depraved" but absolutely necessary to the overall narrative, since it showed just how far Jimmy Yee was willing to go.  It was also a major reason for why it wouldn't be commercially available in book form, since pretty much every editor loved DEMON, but had problems with that 5th chapter.  While it's not unusual for certain controversial scenes to be toned down (the brutal internal tentacle rape in the 2nd volume of 3x3 Eyes, where Torren Smith said that level of sexual violence was nowhere as prevalent in later volumes comes to mind) to reach a wider market, but sometimes having something diluted in order to increase sales can run the risk of alienating reader's intelligence. 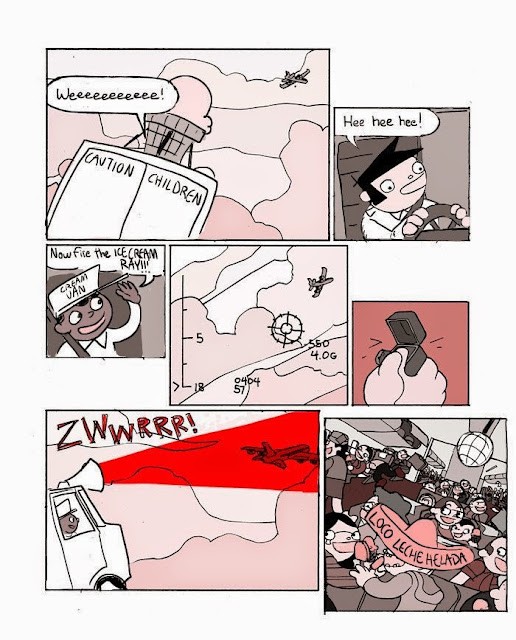 The whole story can be available to Patreons who are willing to pay to see the whole story upfront in all it's maddening glory.  It's certainly an attractive proposition, even though updates are now daily instead of just week-daily.  Today's clientele who are used to "waiting for the trade" can be somewhat puzzled with the prospect of having smidgens of a story trickled out over an uncertain frame of time.  Why would you want to stick around for the slow crawl if you can marathon the distance?  There's a certain kind of thrill in seeing events reveal themselves in a deliberate way, and try to imagine what could possibly happen next, before the whole story is made available as Cliff Notes.  Fans aren't able to read perennial favorites like Calvin & Hobbes in short bursts, since they haven't lived in the same release output they originally came from.  All those strips had to come from someplace. 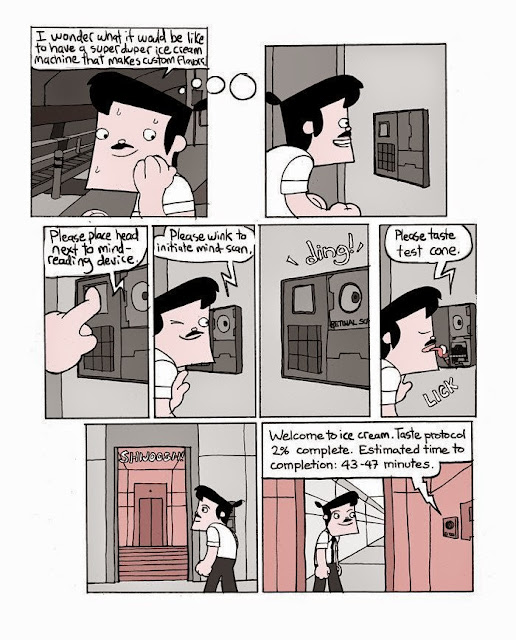 What makes the waiting period more tolerable is the presence of other fans who are willing to contribute to the narrative in creative ways that the author never thought of.  Noelle Stevenson's Nimona had some of the best commentors for her webcomic, from photoshops of Sharkgirls to the Voldemort-like Director's elongating Giraffe-like neck, to Daniel Stubbs' fanfics of background guards commenting on the action, and trying to calm themselves by implementing PONY TIME.  Now that the book is available in Dead Tree form, only the first three chapters are available in their charming rough drafts.  It's understandable, but somewhat of a shame, since so many of the enjoyable comments were on how much FEELS the current page was giving them.  After awhile, that admission of shared suffering becomes redundant. 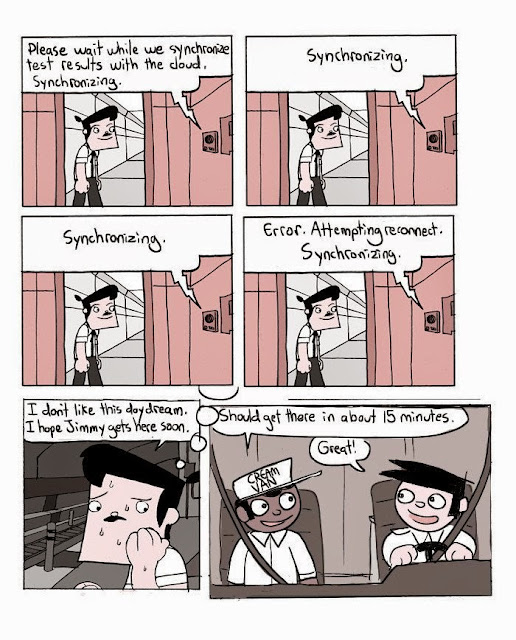 Starting with page 339, a commentor, MattMattMattMatt did some revamped comics that were Relax-O-Vision versions of the increasingly dark originals.  Cream Van in particular seems to be a favorite. 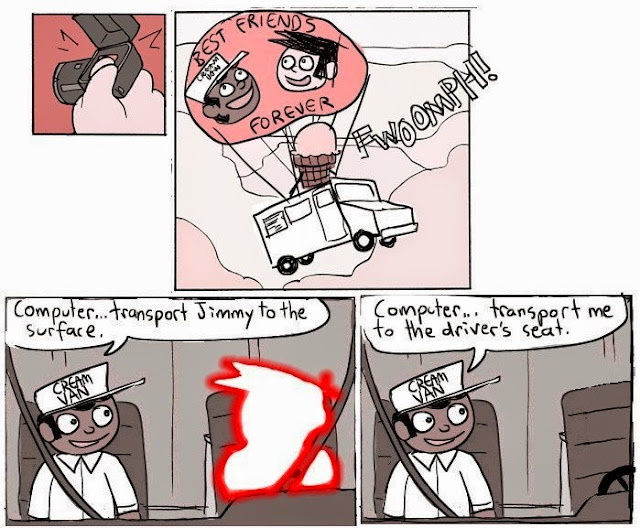 Now, I check DEMON twice a day.  Once for the regular comic, and again for the bonus fan comic.  I've left some of the more spoilery strips out, since they're more enjoyable once you've compared them with the originals.   Apart from a few pages, (355, 356, 369) Mattx4's contributions have been fairly consistent.  Here's hoping that he keeps up his energy for the next year or so. 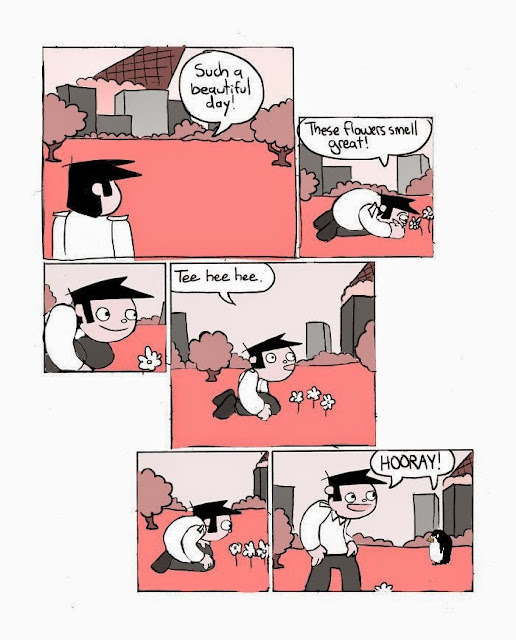 And on the rare occasion where perfectly mundane pages appear, the inverse is taken to Nightmare Fuel conclusions. 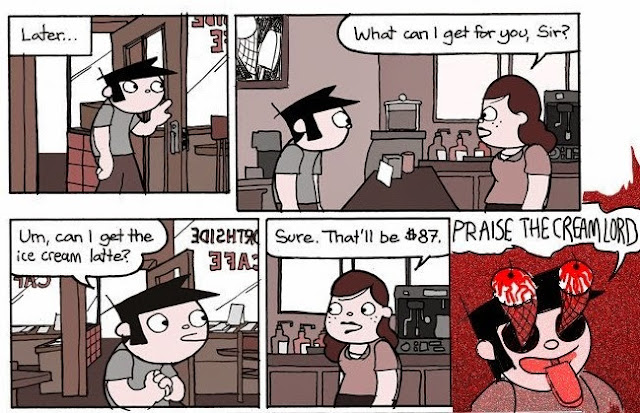 The title of this post comes from Bigger J's suggesiton of what Mattx4 comics should be called.  For those who aren't satisfied, here's a substitute that's a riff off a certain Anime: 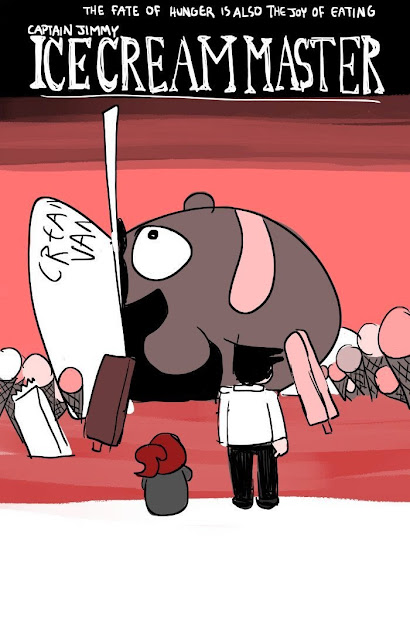