Jumping the Claim for Leadership

In Animal Crackers, next to Lyle Lion, the most frequently put upon animal in terms of leadership is the Gnu, who's constantly challenged and questioned over the right to lead his herd. 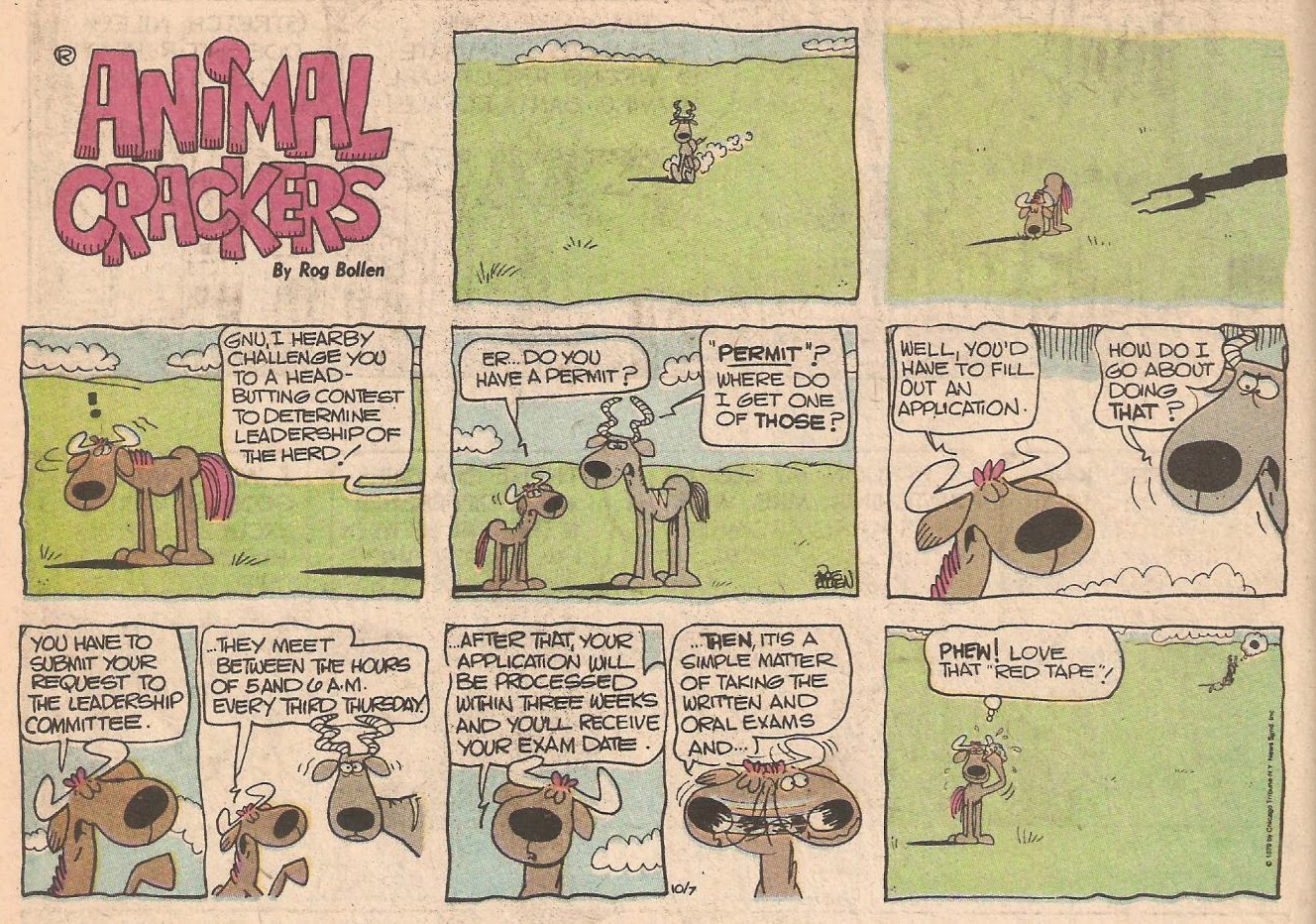 These usurpers generally take the form of hulking brutes more than capable of reducing Gnu to a whimpering pulp.  Their heads apparently being tough enough to shatter granite walls to dust. 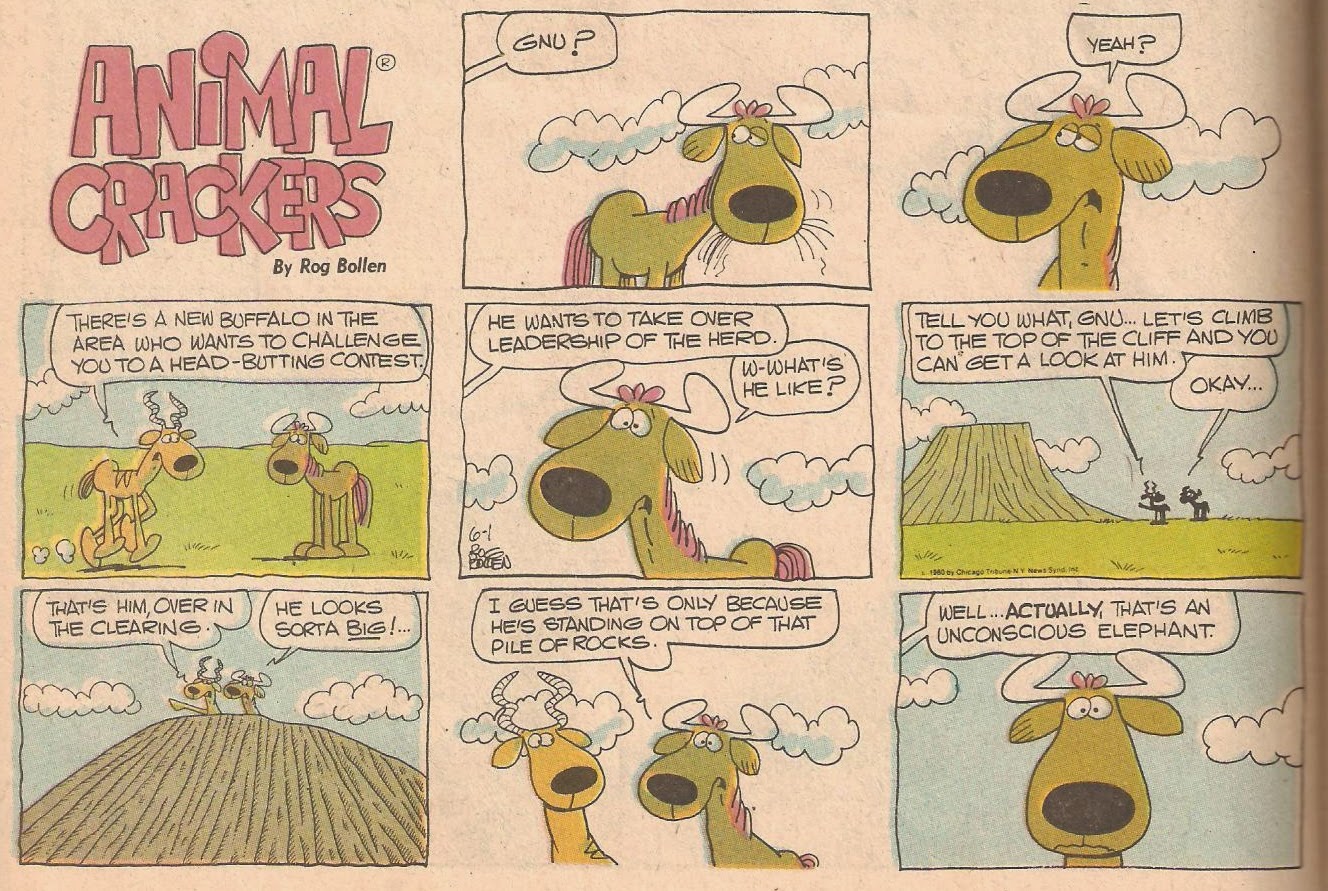 Yet somehow, despite these competitors being more than twice his weight and cavorting about, toying with elephants for fun, these surefire curbstomp deathmatches never come to fruition.  This is easily reasoned by newspaper comics being unmotivational and unconventional fields for displaying acts of animal violence that wouldn't pass family values in a general blood-soaked "If it bleeds, it leads" newspaper, and being constrained by episodic strips, but its more fun to think up alternate explanations. 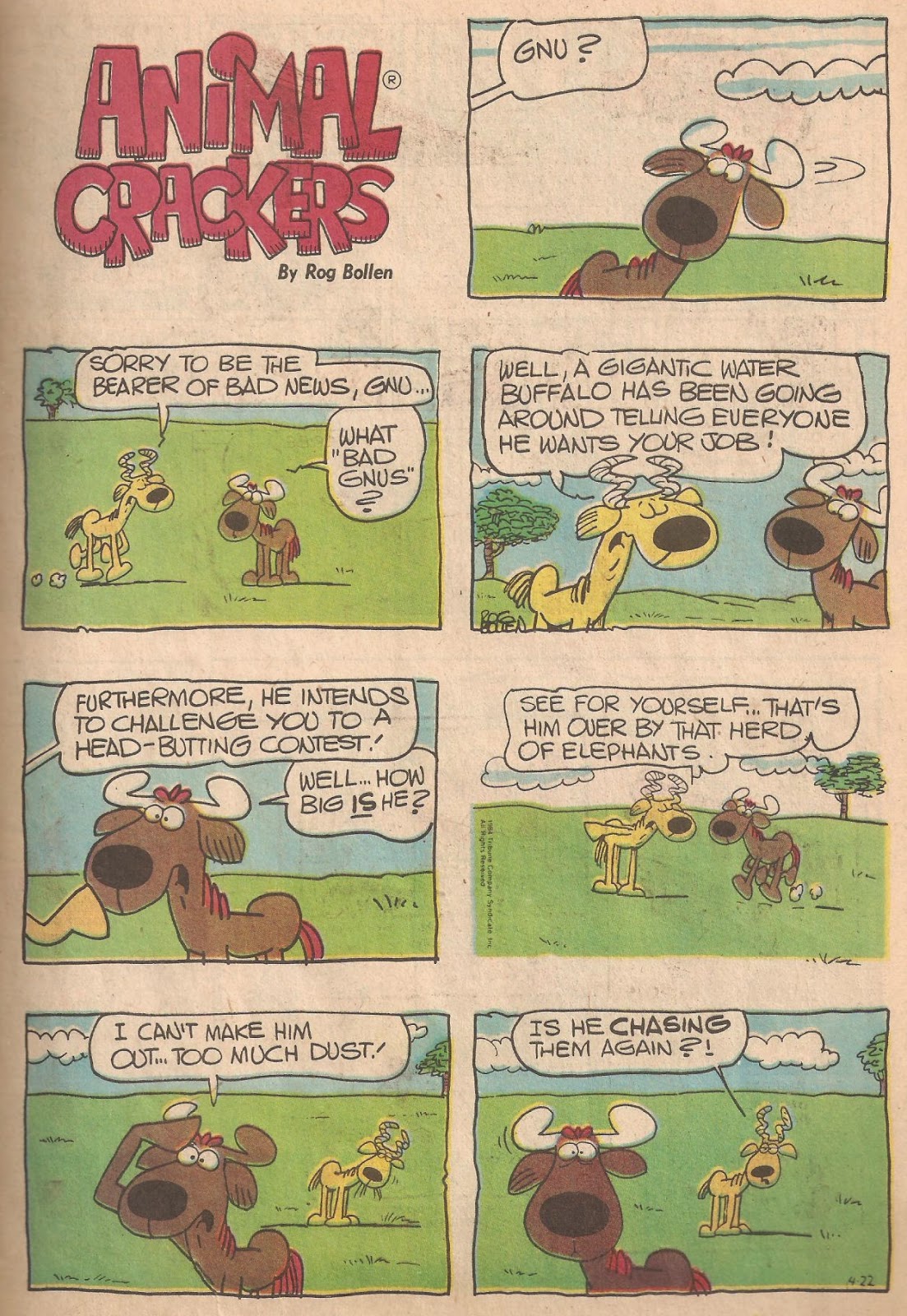 For the most part, this unpleasant part of the job can be simply sidestepped by making the prospect appear as undesirable as possible.  These headstrong opponents are no match for a headstrong match of wits at avoiding having to fight at all possible. 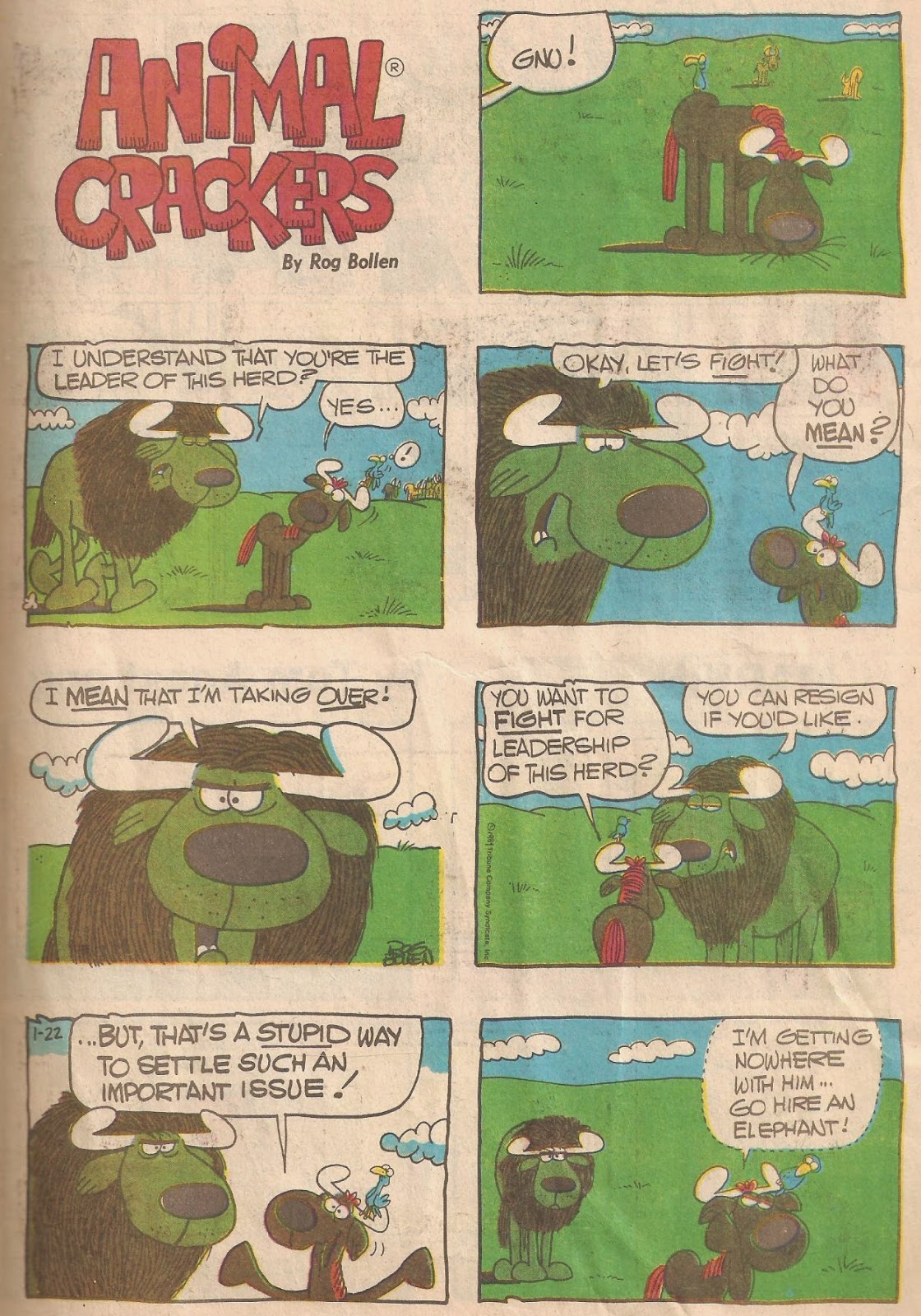 When Gnu's not overwhelming his potential opponents with bureaucratic logic, he's delegating the combat role to others who'd be more capable of chasing them off if they can't see reason. 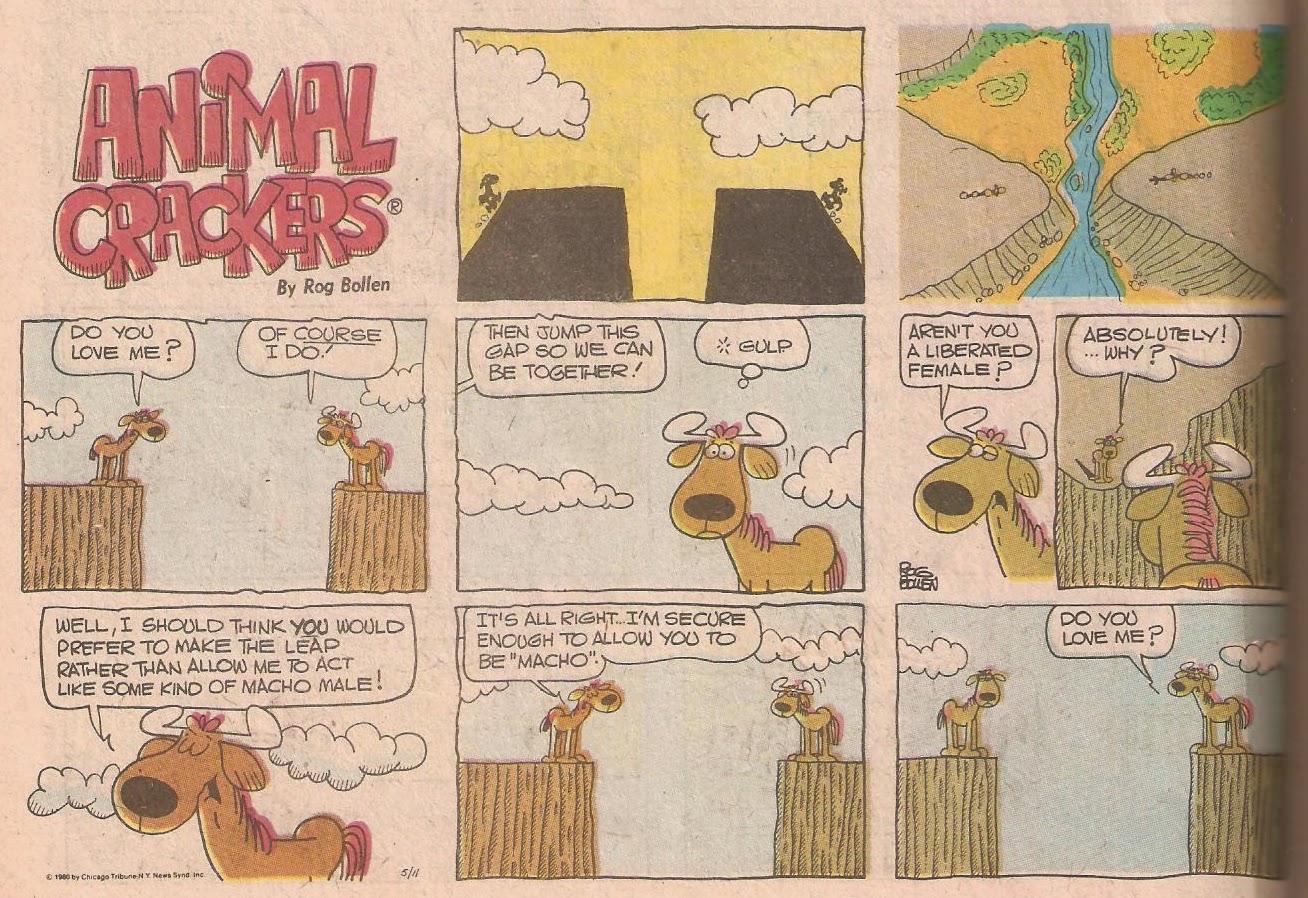 If that wasn't enough, Gnu is constantly haranguing over his improbable personal life's mission of facing his most vaulted hurdle - being able to jump over an impassable cliff of intimidating length.  This is his personal White whale, and no amount of persuading or cajoling otherwise can convince him from backing away from this hubris, even though he never amounts to getting up a running start in the first place. 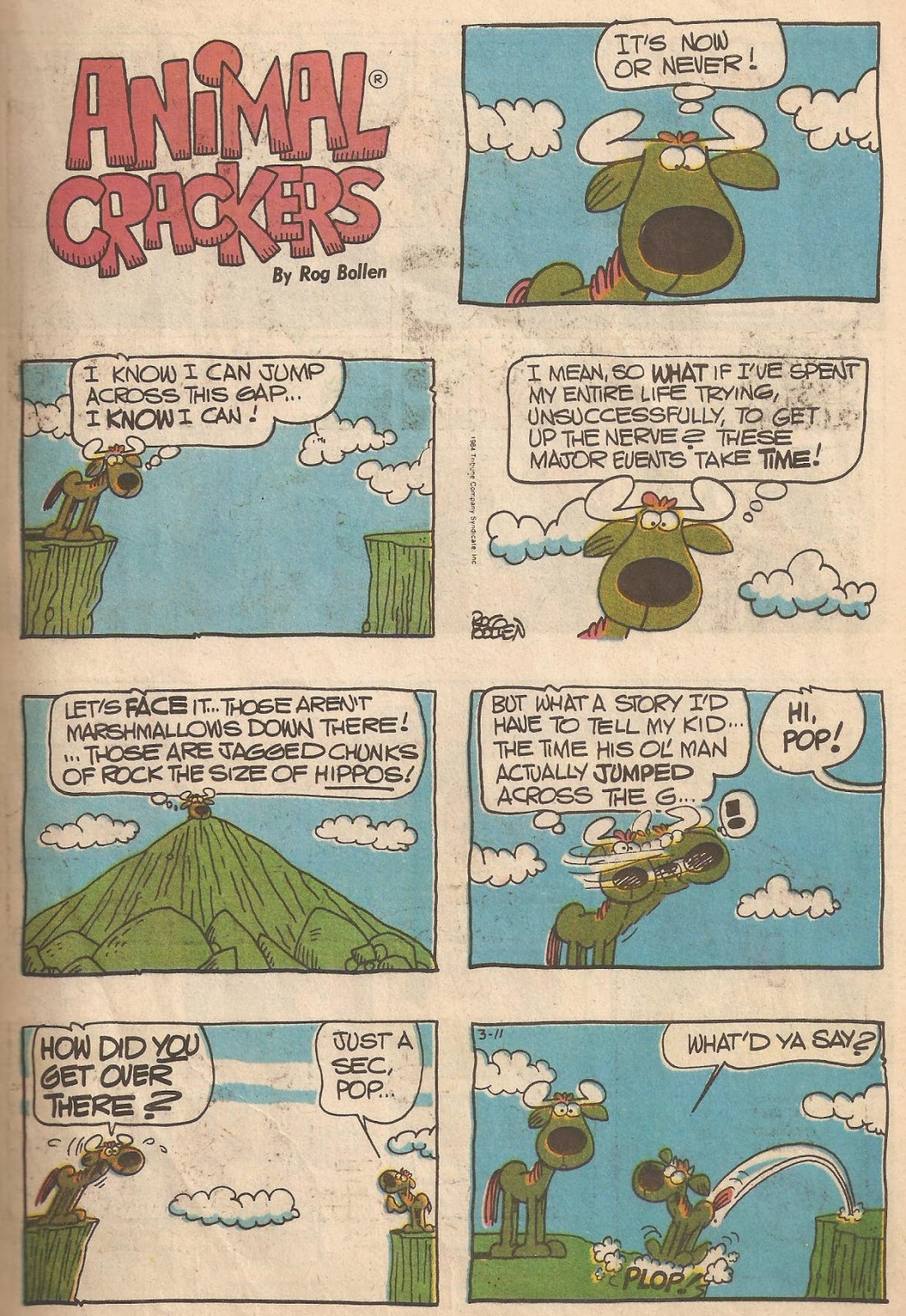 This feat would be much more impressive if it weren't already accomplished by the younger generation oblivious to seeing the potential danger of what's perceived as a simple obstacle, and see no such challenge in it.  Obviously, the younger generation has no respect for the trials their elders went through, even if they never started those goals in the first place.  There's a fine line between placing your hopes and dreams onto your offspring and actually doing them yourself. 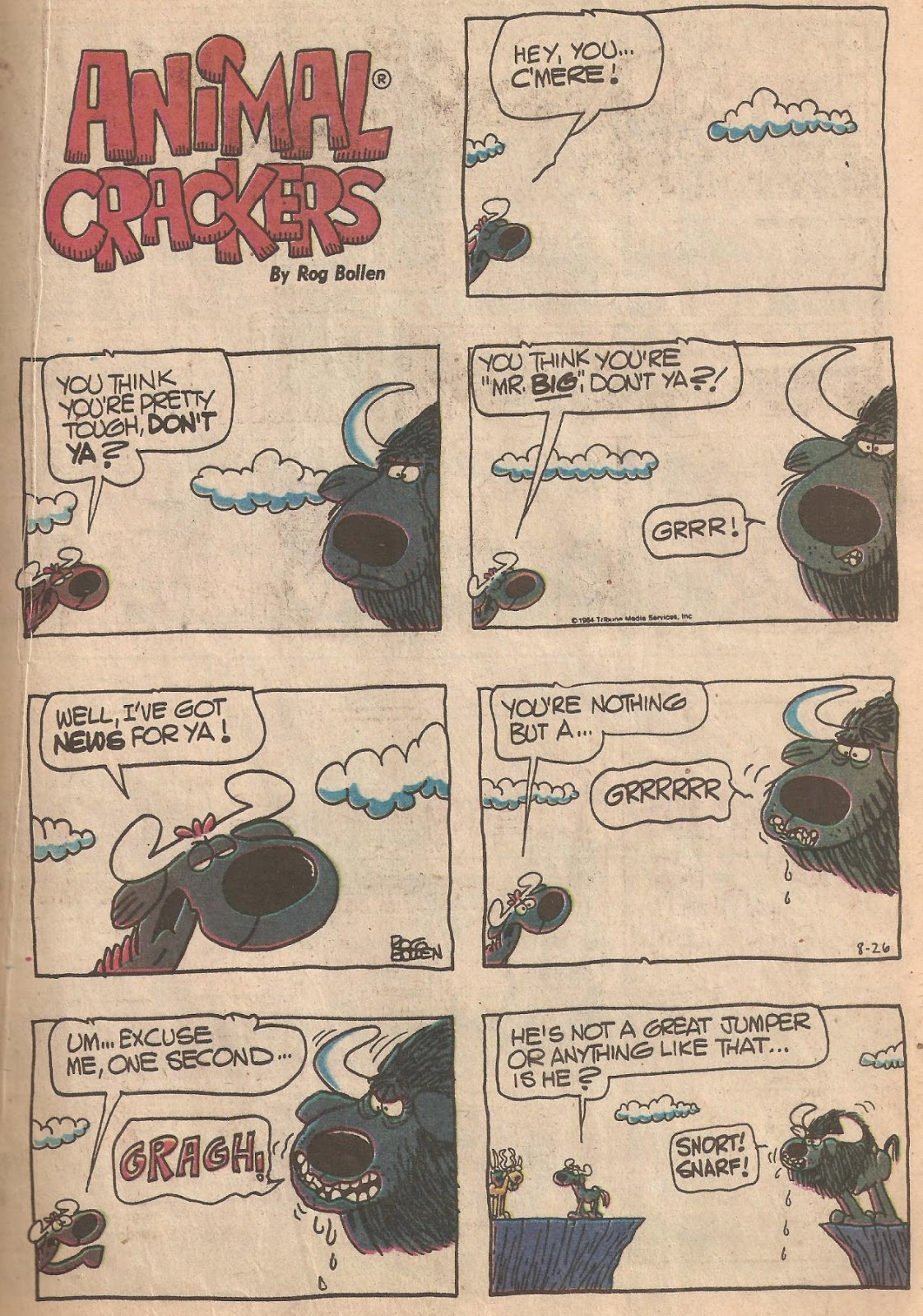 Of course, the real question is why anybody would bother to attempt a hostile takeover over a herd that follows such a wishy-washy (if somehow effective) leader.  It's probably a pride thing or something.
Posted by DeBT at 4:12 PM