I was browsing through 1001 Comics You Must Read Before You Die, a brick of recommended essential reading material of comic paperbacks, hoping to chance upon a GN I came across in the mid-90s.  It had something to do with a sorcerer wanting to force his way into a paradise / utopia that was zealously guarded by women.  No matter what defenses they drew up, he effortlessly managed to shoot them all down with unerring accuracy and logic.  Then, once having reasoned his prowess, was just about to step through into Paradise when the leader made a last-ditch effort and relocated Paradise to somewhere at random that even she wouldn't know.  From that point on, people all over the world started to feel the effects of the removal of Paradise, and feeling uneasy without knowing why.  This led to various long-winded conversations between people everywhere and the creation of a log cabin.  Although it was drawn in a fairly realistic style, it was still somewhat amusing.  The general weirdness of the premise and lack of any central main character might have something to do with its obscurity.  If there's anybody out there who has any idea of what I'm describing, please let me know.

Anyways, getting back on topic, I was going through the collection of comic titles, when I came across an item that was familiar to me.  It was something I'd borrowed from the library - Bosnian Flat Dog, which despite its horrific sketchy drawings,, is actually a loose autobiography of a group of cartoonists in a land of Kafkaesque proportions.  A major plot point consists of following trails of ripped out diary pages about having the mummyfied body of Marshal Tito stuffed in a refrigerator and an underground ice cream network.  (It's weirder than it sounds) 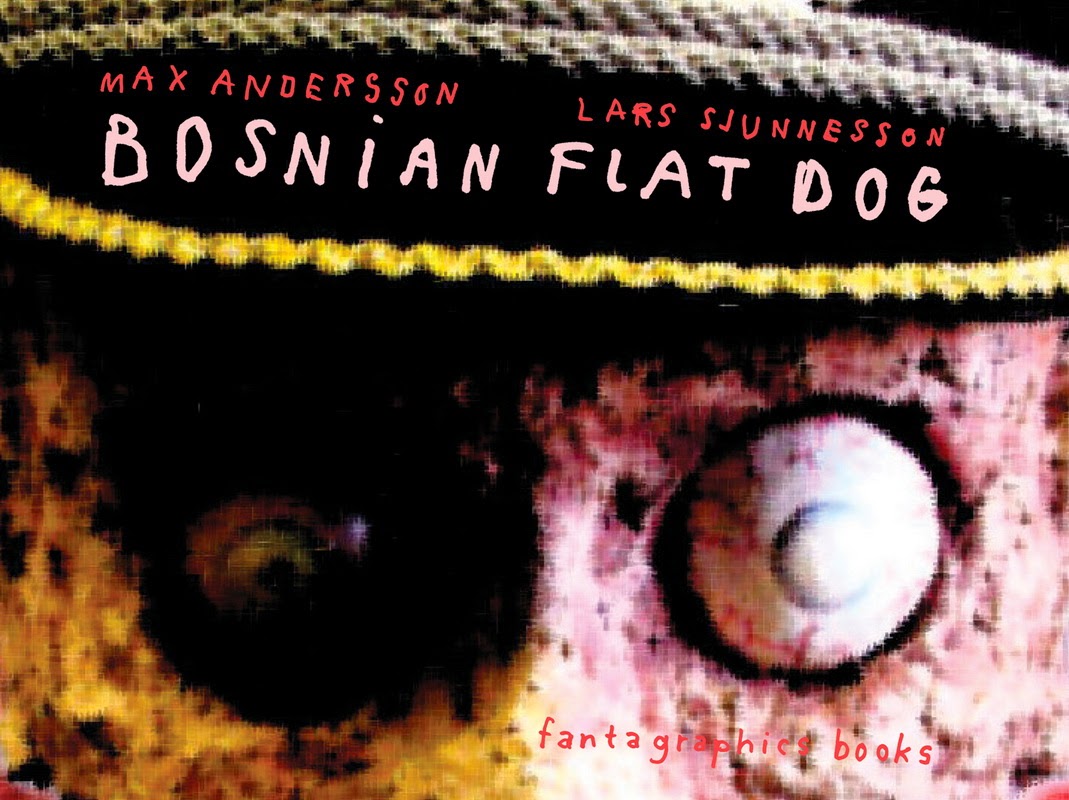 At the time, I didn't think much of the cover, figuring it was typical of the nightmarish world they were living in.  But when I looked up the title, the reference page gave the larger image, which showed what I'd been missing: 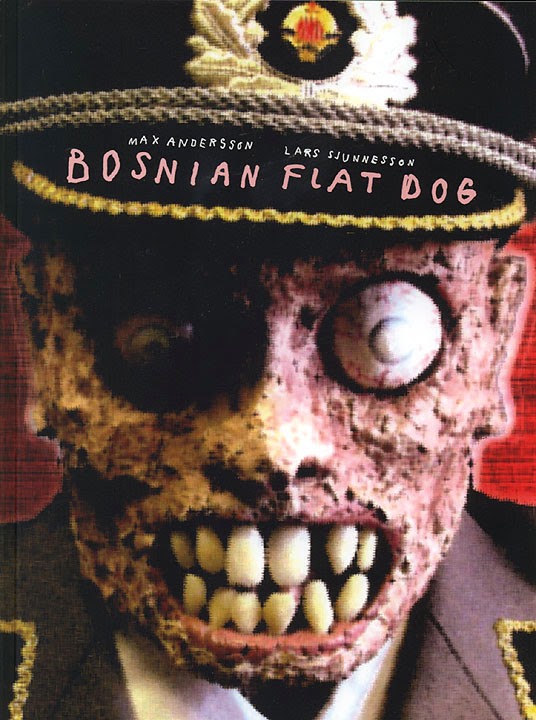 It got me thinking about other covers that were cropped for the sake of convenience.  The most infamous example I can think of is CMX's conservative editing of Tenjho Tenge, a fairly fanservicy Manga, dealing with violence and breasts, This was somewhat surprising, considering how the company would later try to aim for fanservice with more risique S-hero titles.  (I suppose if the creators and commercially licensed characters are American, you can get away with pandering to your fetishistic fanbase, rather than branch out to potential new audiences)  In addition to releasing their early volumes in stiff uneasy-to-turn papers, it pretty much poisoned the well for the company's reputation.  But apparently, it's not the only instance of slightly modifying the cover to make it more mainstream.

Back when Frank Miller wasn't as crazy as he is now, and wasn't pining for the world of 1940's gangsters, he was expressing admiration for the world of manly Manga, where muscle-bound men would prevail against formidable opponents while weeping openly.  He showed this by drawing the covers for the first twelve issues of First Comics edition of Lone Wolf & Cub, which were later reprinted out of order for the Dark Horse collections. 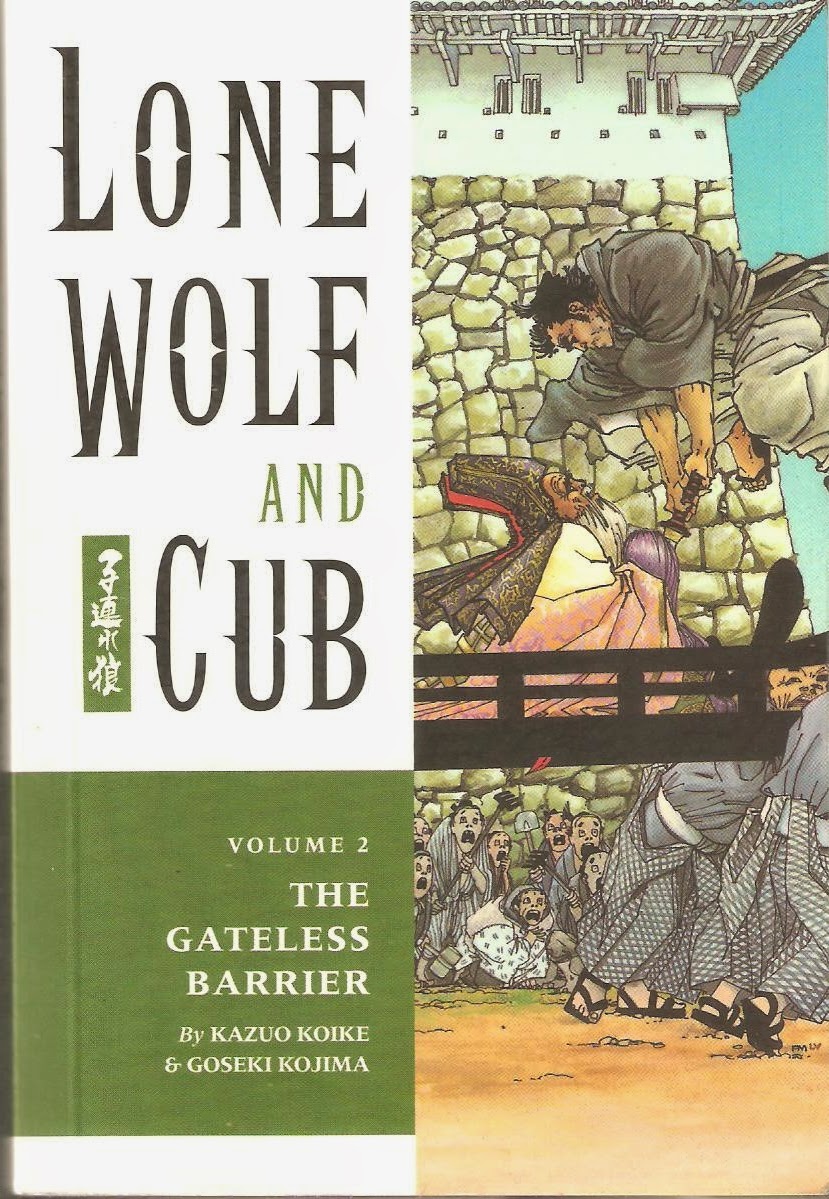 What was left out of the cover for "The Gateless Barrier" where the assassin-for-hire manages to train himself mentally to be able to slay a living Buddha is the shocked expression of the lone man in the crowd.  That little extra detail made the dramatic moment more amusing than it should've, which is probably why he was cut out. 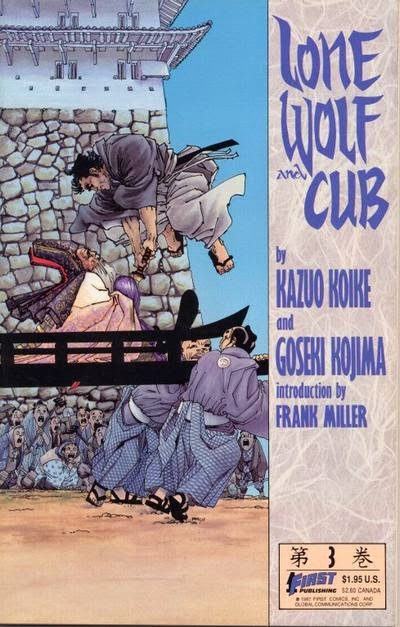 This extends to reprintings of children's books as well.  One of my favorite examples, The Church Mice series has been through various reprintings with various publishers, and different covers.

This reviewer may be more lenient with the reprint, being happy just to have the recent classic available, but I'm far harsher, particularly with the removal of some images from the first printing, and the treatment of dumbing down the original text.

For anyone curious about the missing images, as well as how the front and back covers looked, a comprehensive display can be found here:

In some cases, it may be a cultural thing, depending on what is considered more important.  The English version of Annie Sullivan and the Trials of Helen Keller had the girl and her teacher in a tree, putting the characters foremost onto the cover up front. 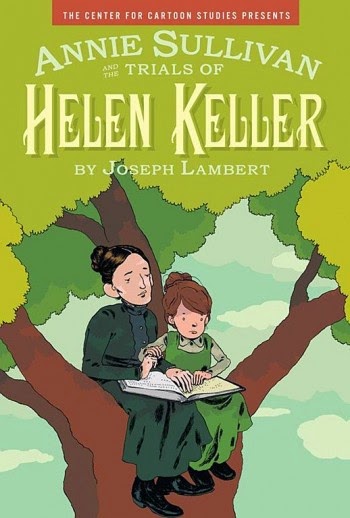 But the French edition of the same comic gave a much wider scope of their surroundings. 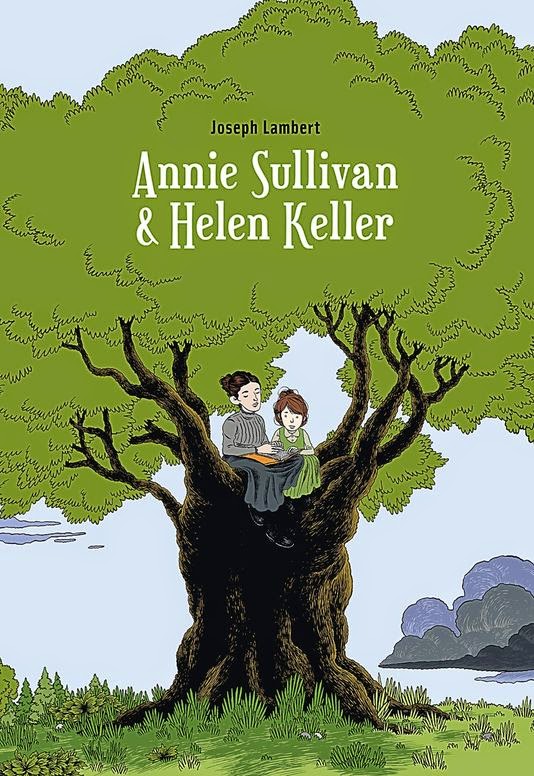 Before we get all high and mighty about such things, the French market doesn't always get the right end of the shiny stick. 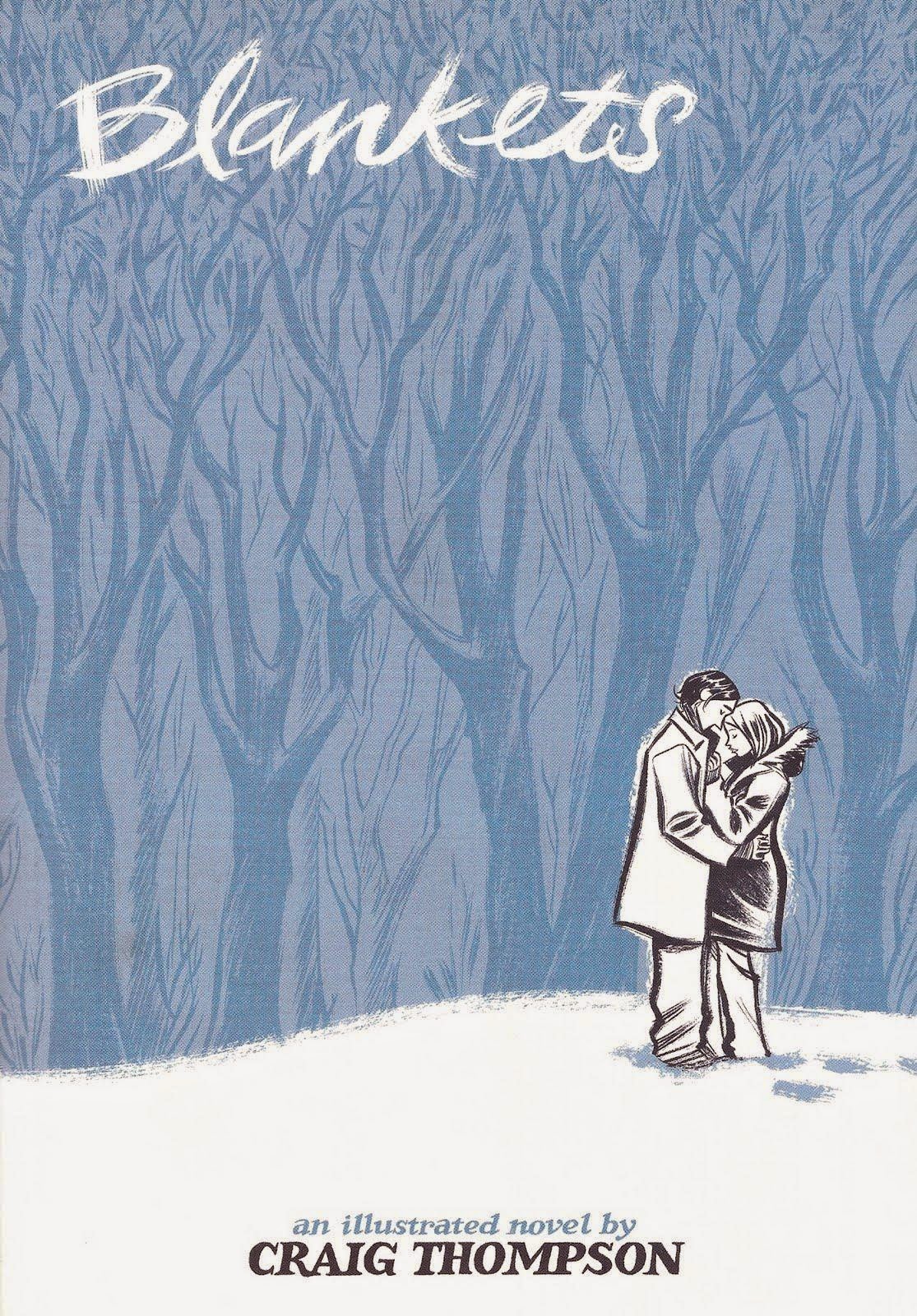 Casterman's reprinting of English titles has them changed to conform to a consistent line of comic covers that have the characters cast against a blank background.  It makes them thematically similar, but also somewhat dulls the overall exterior appearance. 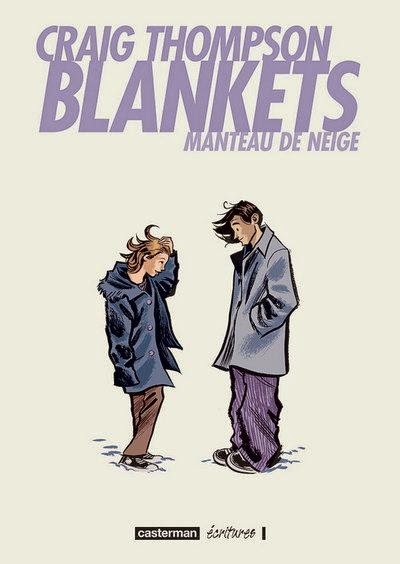 Some Mangas even go the similar route as well.  Kaoru Mori's Otoyomegatari (A Bride's Stories) was faithfully reprinted (in hardcover with cover flaps) by Yen Press to the delightment of her fans. 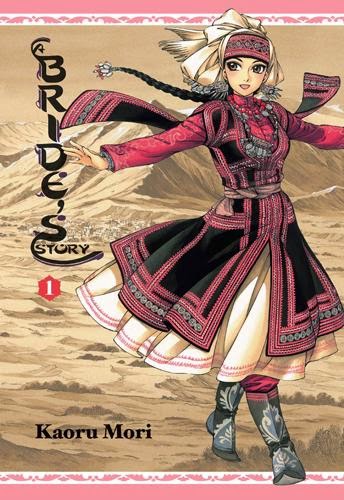 Whereas, the French edition went by completely whitewashing the lushly drawn background details, as well as the accompanying back cover art. 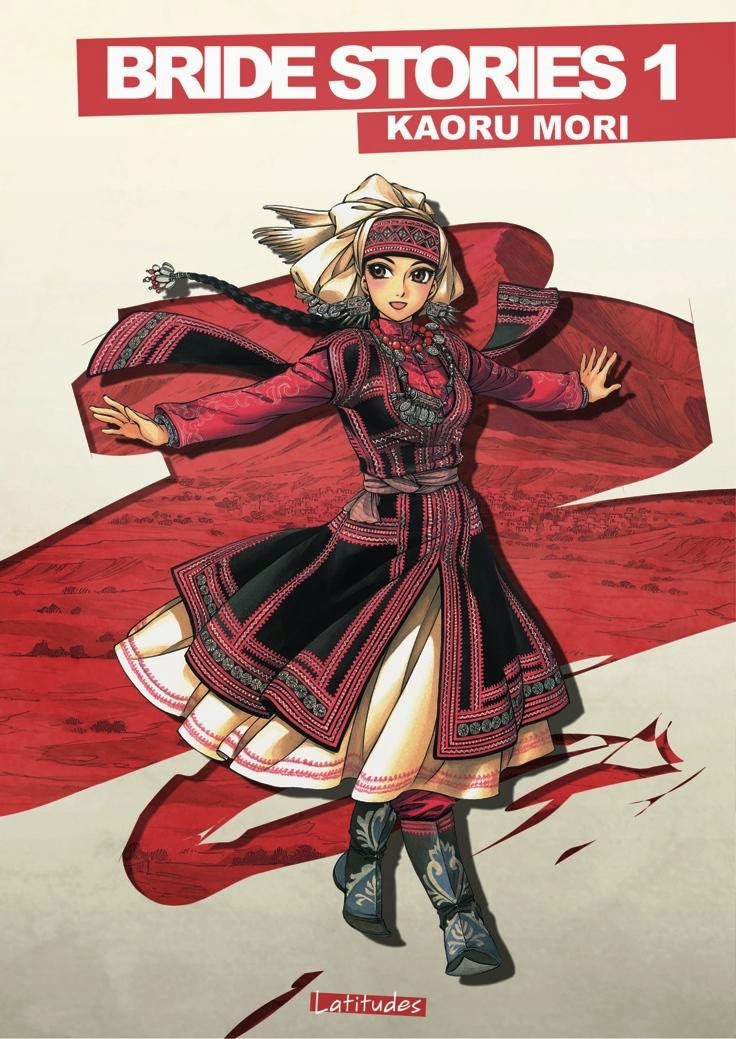 Considering the amount of outcry Manga fans over here get when details of their favorite titles get mangled or slightly manipulated with, you'd think there'd be similar outcry on the other side of the ocean.  Either there isn't that much publicity or overanalysis compared to over here, or there hasn't been much publicity involved, or maybe they have slightly different priorities, being happy just to have a title available.  Does anybody have any idea what constitutes a scandalous change over there?
Posted by DeBT at 11:40 AM