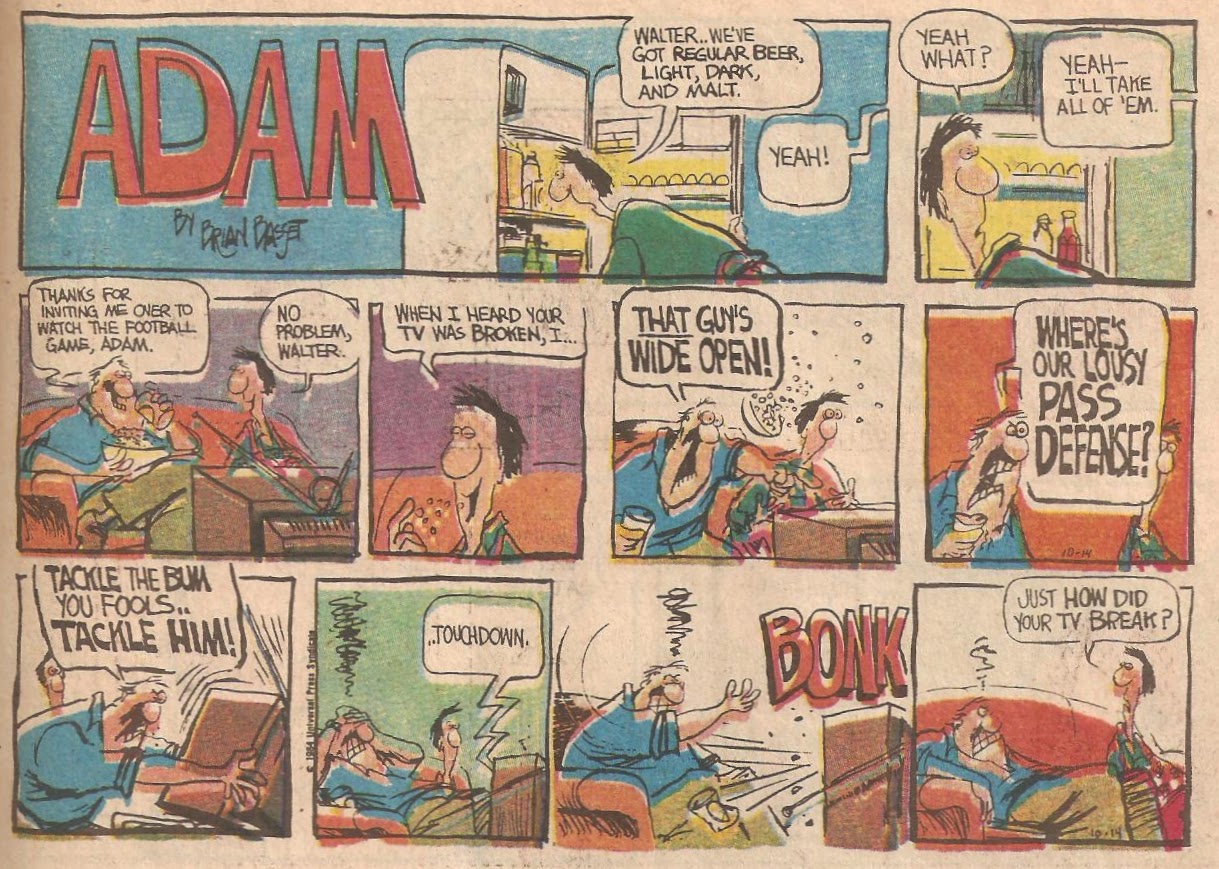 To counter Adam's reluctance in being a stay-at-home dad, there was Walter who was quite outspoken in his opinions and practically wore his expressions on his sleeve.  There was no attempt at subtlety with this guy.
Unlike the Wacky Neighbor who would crash the place or offer sage advice, Walter's main function seemed to be an intentional antagonist, constantly pushing Adam's buttons, and trying to cast doubt on his masculinity. 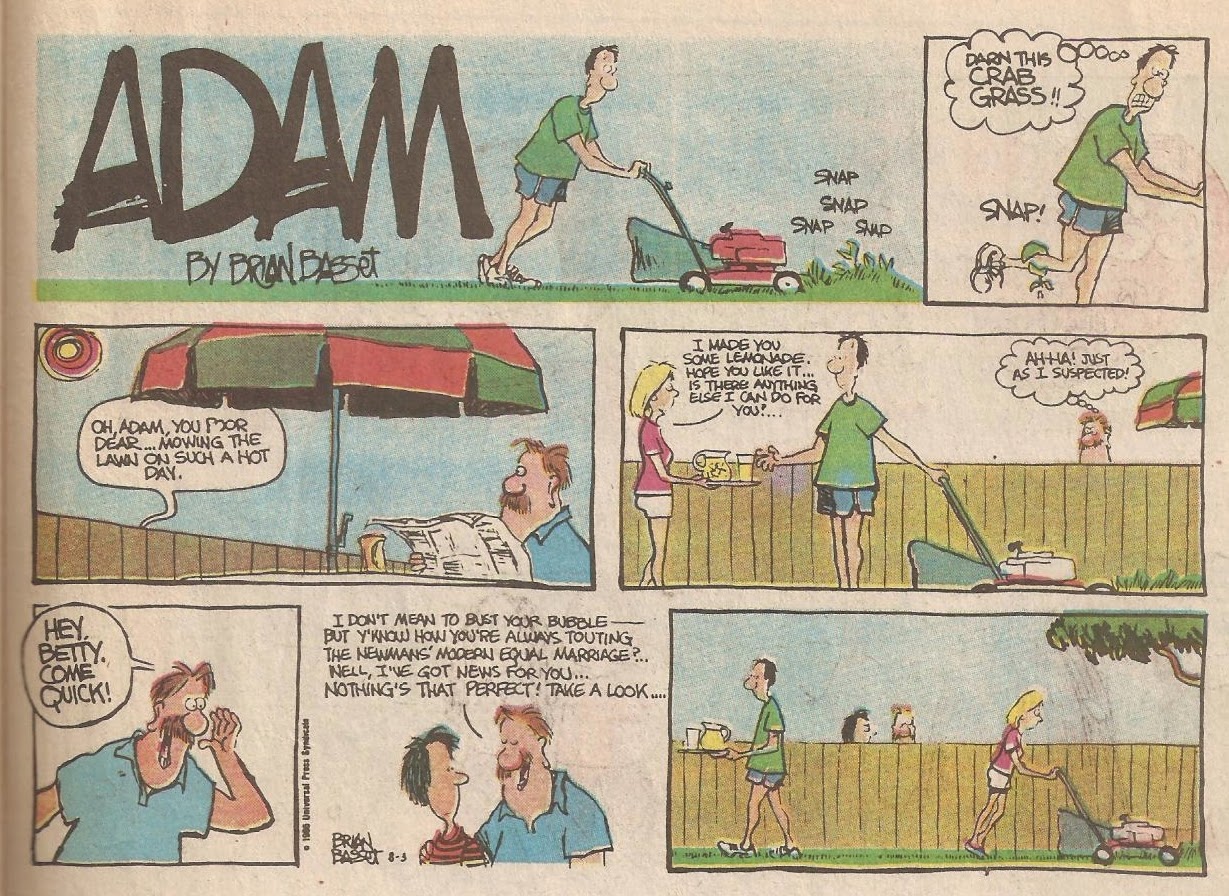 At most, his jibes could be considered a half-hearted attempt to preserve his insecurity and self-confidence. Indeed, when left to his own devices, Walter appears to be completely incapable of being able to do basic survival such as cooking or shopping. 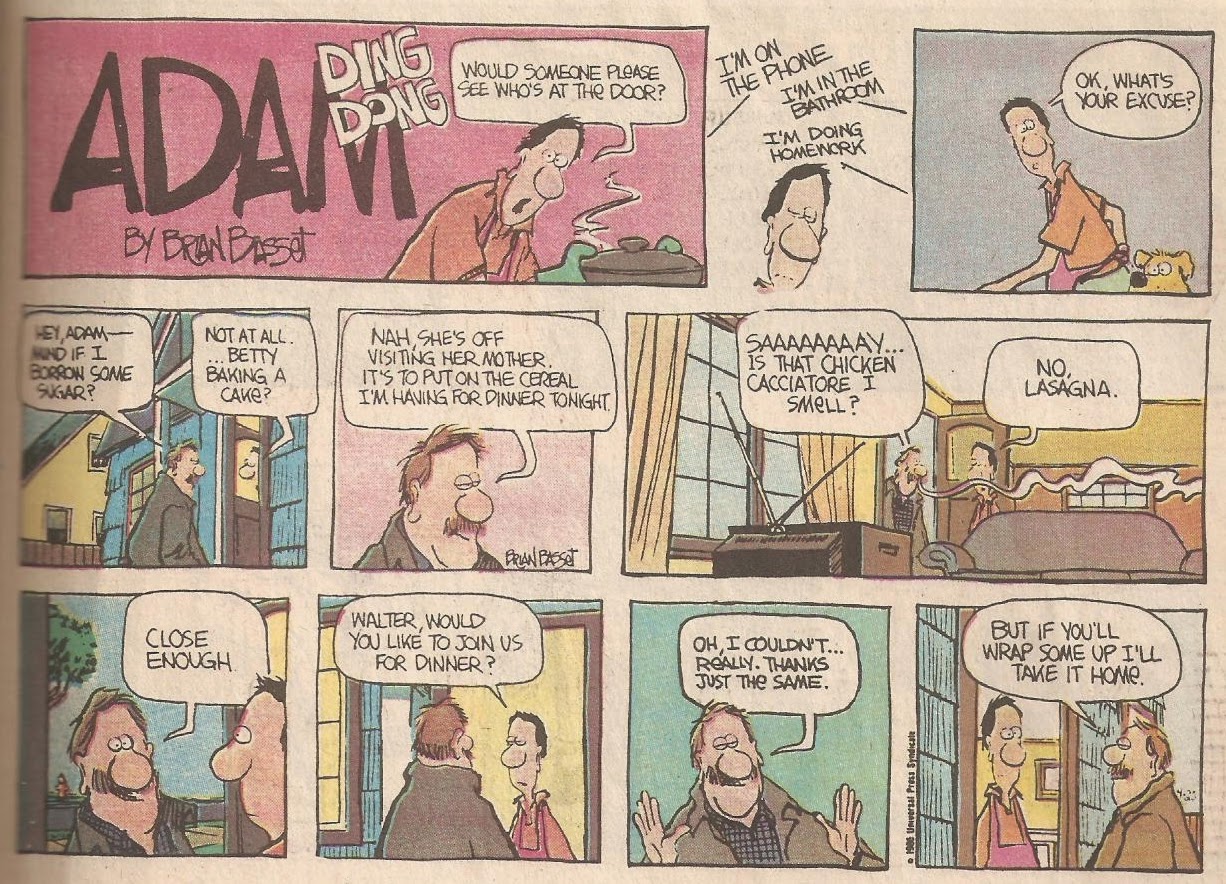 Despite trying to get along with his misogynist friend with his good-natured humour, Adam always managed to get him back somehow. 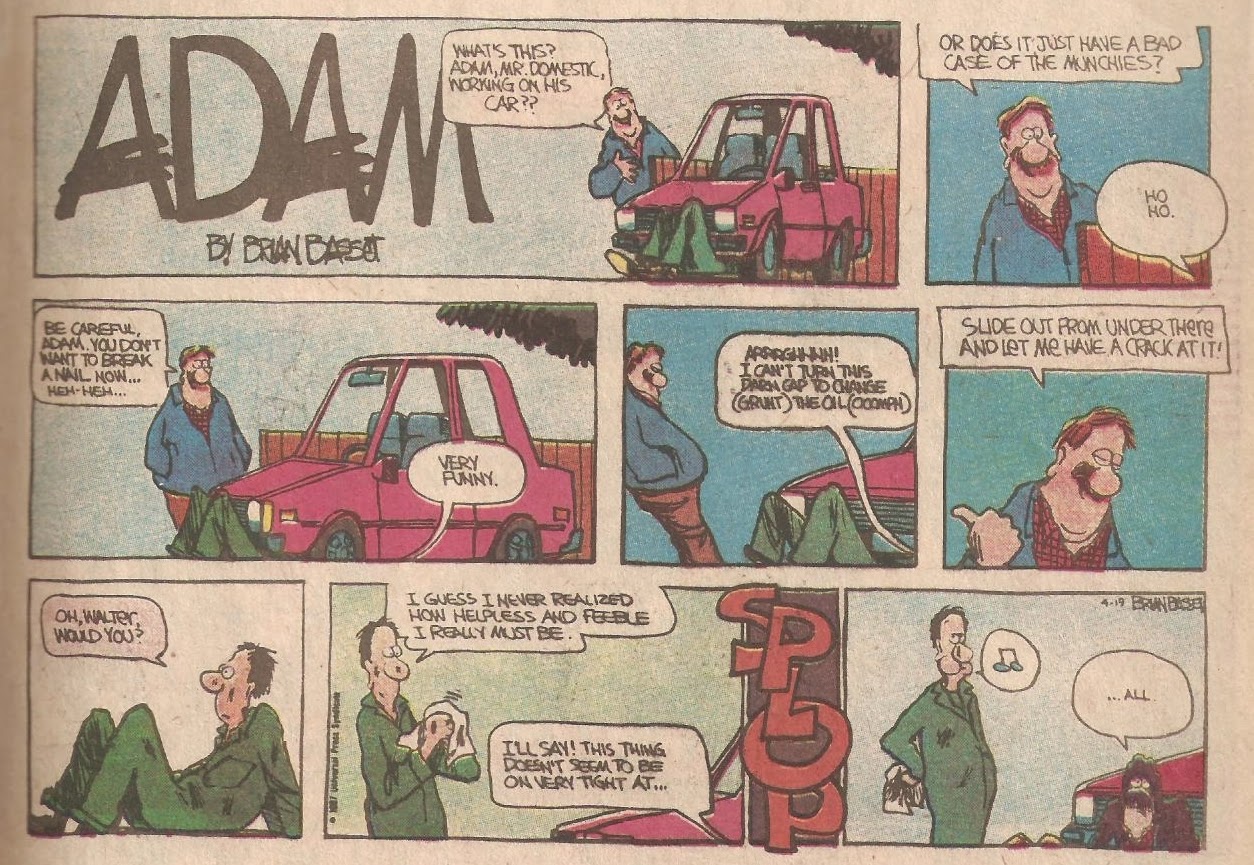 Somehow, even though Walter kept kidding Adam around with no end in sight and Adam giving deserved comebacks, the two of them still managed to get together (along with a bevy of other rarely-seen male friends) to participate in typical manly activities. 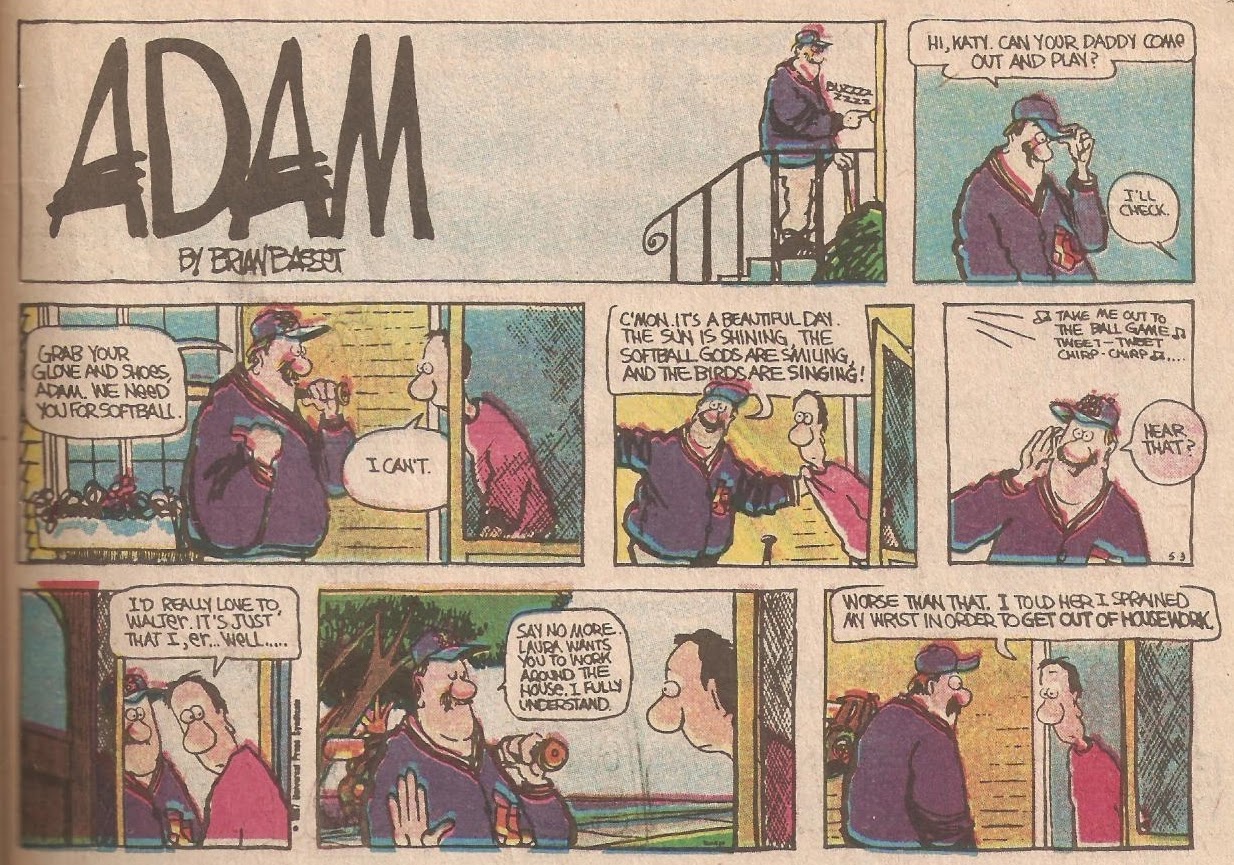 Fittingly enough, this last Sunday appearance (that I can find) perfectly encompasses everything that makes up Adam and Walter's relationship. 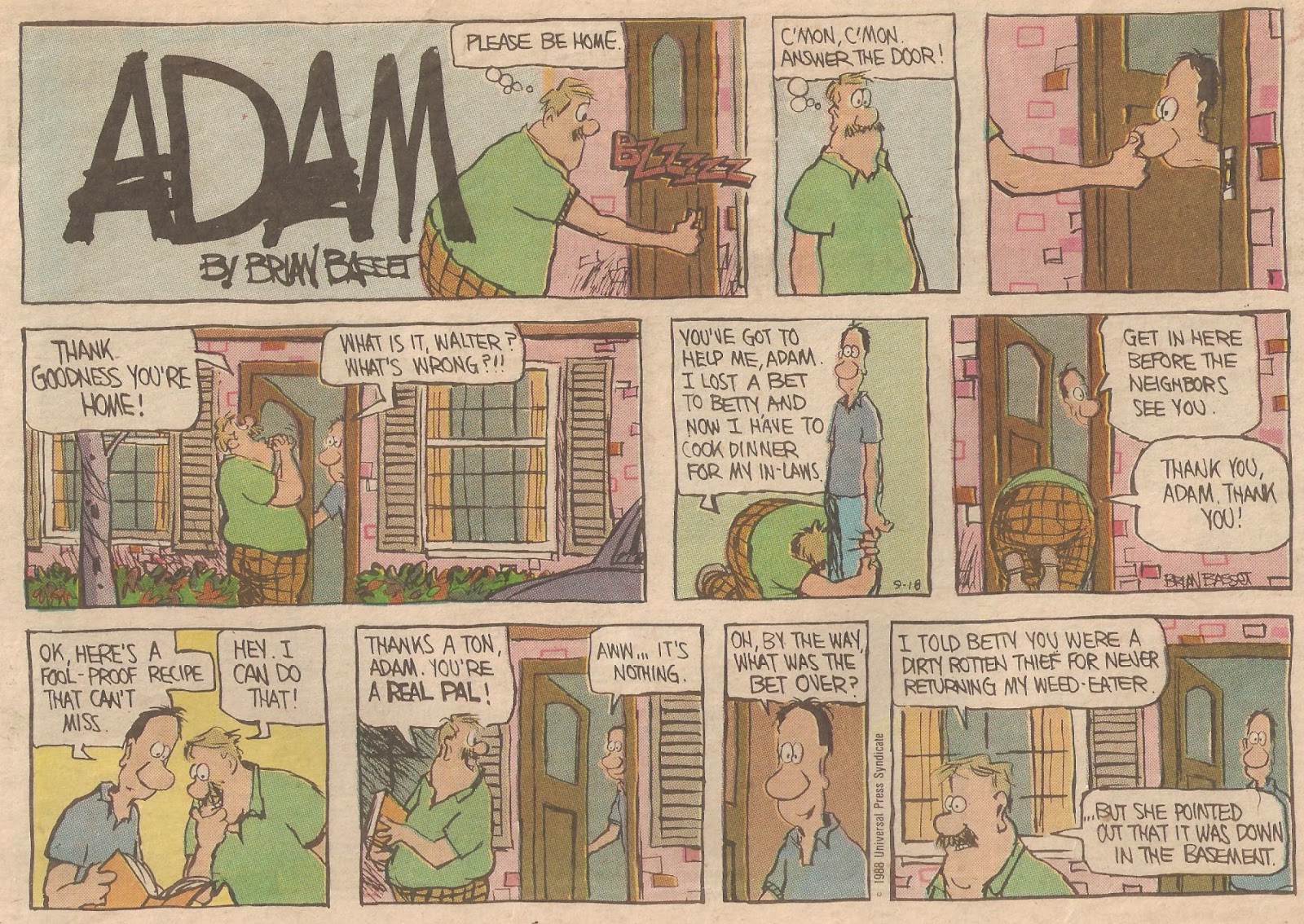