An admirable themed article on Robot6 devotes various recommendations to webcomics that deserves wider recognition.  One of these recent articles gave a glowing with faint praise to a fun adaption of The Wizard of Oz, The Black Brick Road.  While most interpretations of the Emerald city have either been to celebrate it's childish American Fable worldview for a general audience, while remaining faithful to Frank L. Baum's text, or to dwell on adult themes with dark overtones while paying only the barest superficial similarities to the original, this one straddles the line in between.  (Oz Squad being a possible exception) There's still the sense of being lost in a hostile alien fantasy world, with some minor significant changes; Dorthy has amnesia from her crash, Toto is a cat with Heterochromia Iridum,  (Go ahead, look it up), and the Scarecrow has no fear of fire, since there are scarier things out there that he's incapable of scaring off capably.  However, where the review falls flat for me is the denounciation of the video game inserts that "feels tonally out of place with the rest of the webcomic."

It's a sure sign that someone who doesn't see the appeal of silly meaningless games that consists of doing repetitive tasks wouldn't be able to see the attraction of enjoying a slight divergent into a realm that isn't technically a comic, even when they have comic overtones.  As someone who's used to playing games on the computer (as well as reading comics off them), I wasn't as bothered with the sudden shift as the reviewer was.

Rather, it seemed to play on the concept of the "infinite canvas" that Scott McCloud often invoked about
of ReInventing Comics, and much like how the Old Guard is highly resistant to embrace anything new, pretty much any foray into unexplored territory is bound to attract derision.  In fact, there are indy games such as A Duck has an Adventure and Icarus Needs that used the innovative concept of an infinite canvas to create a game along those lines. 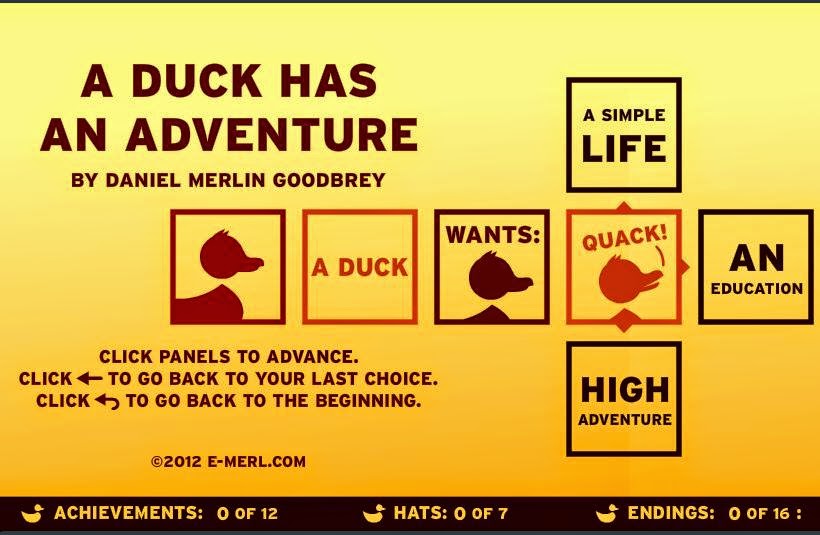 You can click around not just the arrows, exploring the strange new world you're in, but also click on the glowing pumpkins, the various scraps of paper lying around, and even the hypodermic needle water(?) fountain.  The only annoying part is having to copy and paste the links in the sidebar below, rather than actually have them appear on the webpage.  But it's a small dividend for such a huge return.  The first noteworthy link goes to a point-and-click adventure where you roam the island that amnesiac Dorthy Gale is stranded on, surrounded by nightmarish candy dolls and all.  By experimenting around, you can find out and eventually stumble upon a shed that's a key figure for the next strip.  The second game is putting various objects in their proper place, while finding various Easter Eggs sprinkled around the room.  Sure, actually "playing" the game isn't a necessary requirement to understanding the story, but it makes the overall immersion that much more enjoyable. 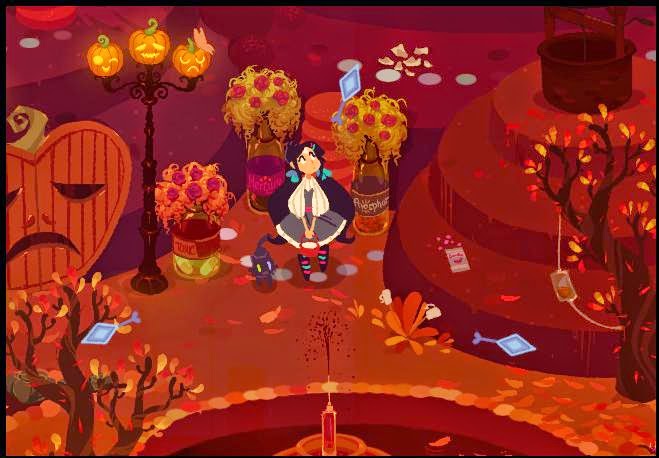 Possibly what the reviewer objected to was being forced to excel at a silly meaningless mini-game in order to proceed, the first one of which was admittedly, not that very well designed.  At least you could bypass that game entirely, compared to the series of Flash animation by Kirbopher, the world of TTA (TV Tome Adventures) that was consisted of DragonBall-inspired fights on a Megaman Battle Network grid.  You'd think that kind of combination wouldn't work, but it manages to work amazingly well.  In between the rounds of action, there are multiple stages of dialogue that can be either pondered over or skipped entirely by clicking the green "play" button on the lower right side of the screen.  Only episodes 025 and 028 would take slightly longer than usual, since they require a kind of memorization and split-second timing in order to see the fights that take place. 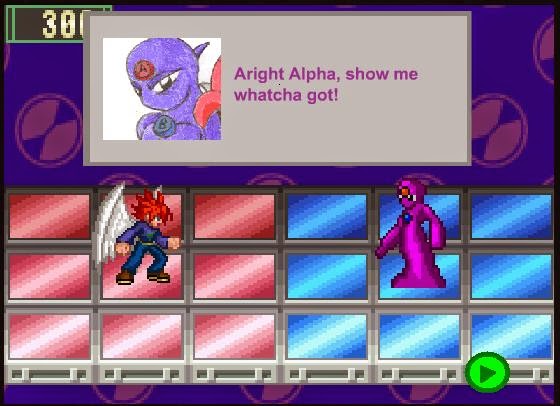 Though, like any battle Manga, things don't really start to get interesting until the tournament arc.  (Episodes 14-29, the highlight of the run, spoiled only by a lackluster conclusion and a weak second season)

Interactive comics make the reader feel more involved, and they're more controllable than those animated motion comics with sickening shaky moving panels that tried to make reading the book a visceral and exciting thing to experience.  The problem is, the panels that these comics came from were not regulated to a strict rigid screen, leaving quick panning shots without being able to comprehend what was being shown, and displaying events at a breakneck speed that didn't allow you time to contemplate what's just happened.  The alternative and more reasonable method is to display the action for a while, pausing at key events, allowing the audience to choose their own pace.  Being subjected to the same reading speed as everybody else is along the same lines as Treating Everyone Equally.  Upon first thought, it's a noble cause, but there's a severe drawback to it - not everybody responds to the same level as everybody else, and some need to be accommodated to their special needs.  The ending for the SNES Adams Family is a perfect example.  There are only five screens of dialogue between Mortica and Gomez, taking about 15 seconds each for the reader to read their dialogue.

But this concept of equality is taken to absurd lengths in the last two frames consisting of their classic exchange, which lasts another fifteen seconds, and is longer than what would be considered comfortable.

The Utopian world of City of Reality has several intriguing and unusual Flash comics of the choose-your-adventure variety that would be extremely difficult to replicate in book form.  The outcome of what happens next can be different depending on when you're coming in. 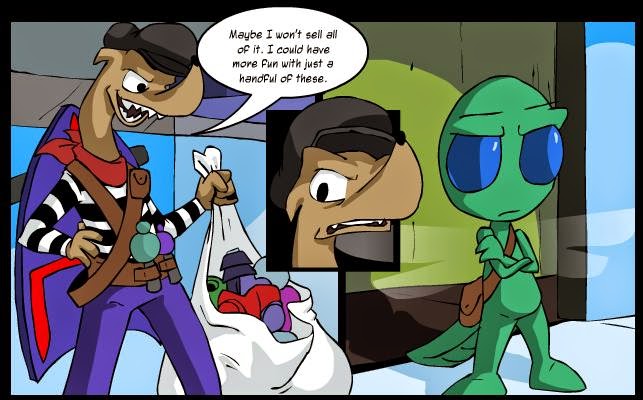 A later ambitious storyarc had multiple episodes that consisted of a single panel that after clicking the first arrow, the remainder could be seen either by clicking "next", or using the arrow keys, much like various Manga scanlation sites.  (You know where those are)  The ease of access and ability to put the audience in the driver's seat is what compels these people to keep coming back. 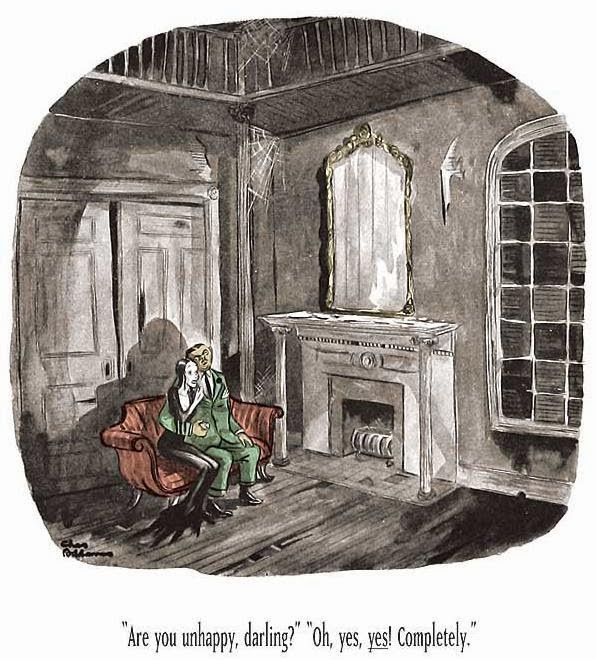