Ever since I re-introduced Orbit on my blog, I was hoping that it would renew interest in the once-forgotten children's newspaper comic.  Sadly, the Orbit Project that I so proudly proclaimed, seems to have gone offline without any further ado.  For a long time, I agonized over the fact that I didn't get the chance to save the rare clippings when I had the chance, confident that they would be posteriorized for a long time.

That was until I checked my email search engine, and found that copies had actually been forwarded to me before the project started.  Oops. 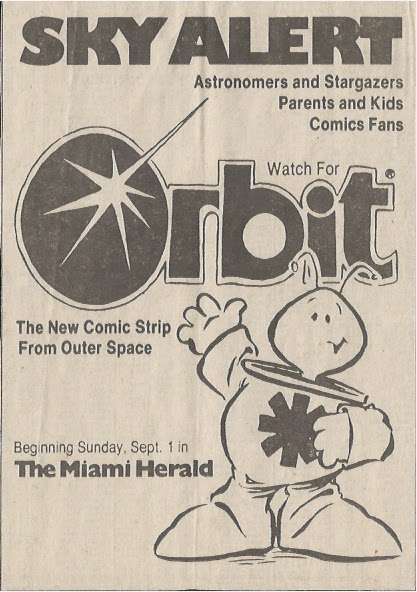 Granted, the following doesn't include the online newspaper copies from the online archives, but it's still better than nothing, and you get the following in chronological order.  I've posted several of these comics before, but they may make more sense in conjunction with the daily strips. 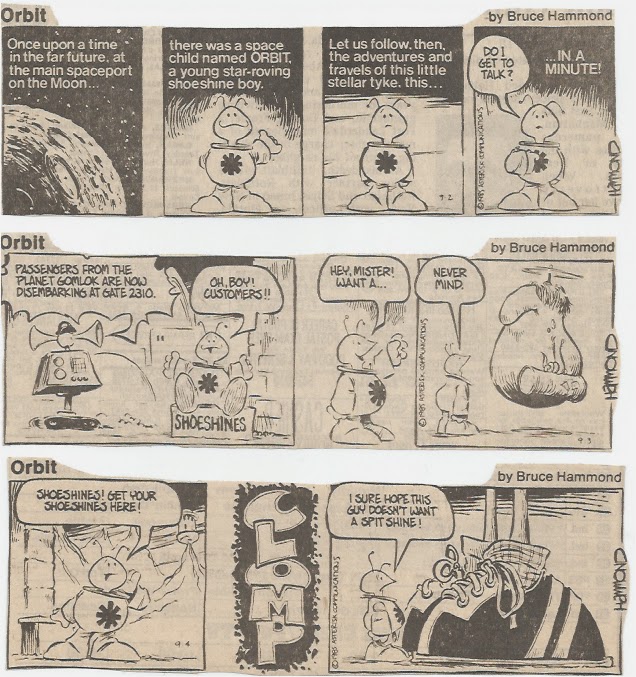 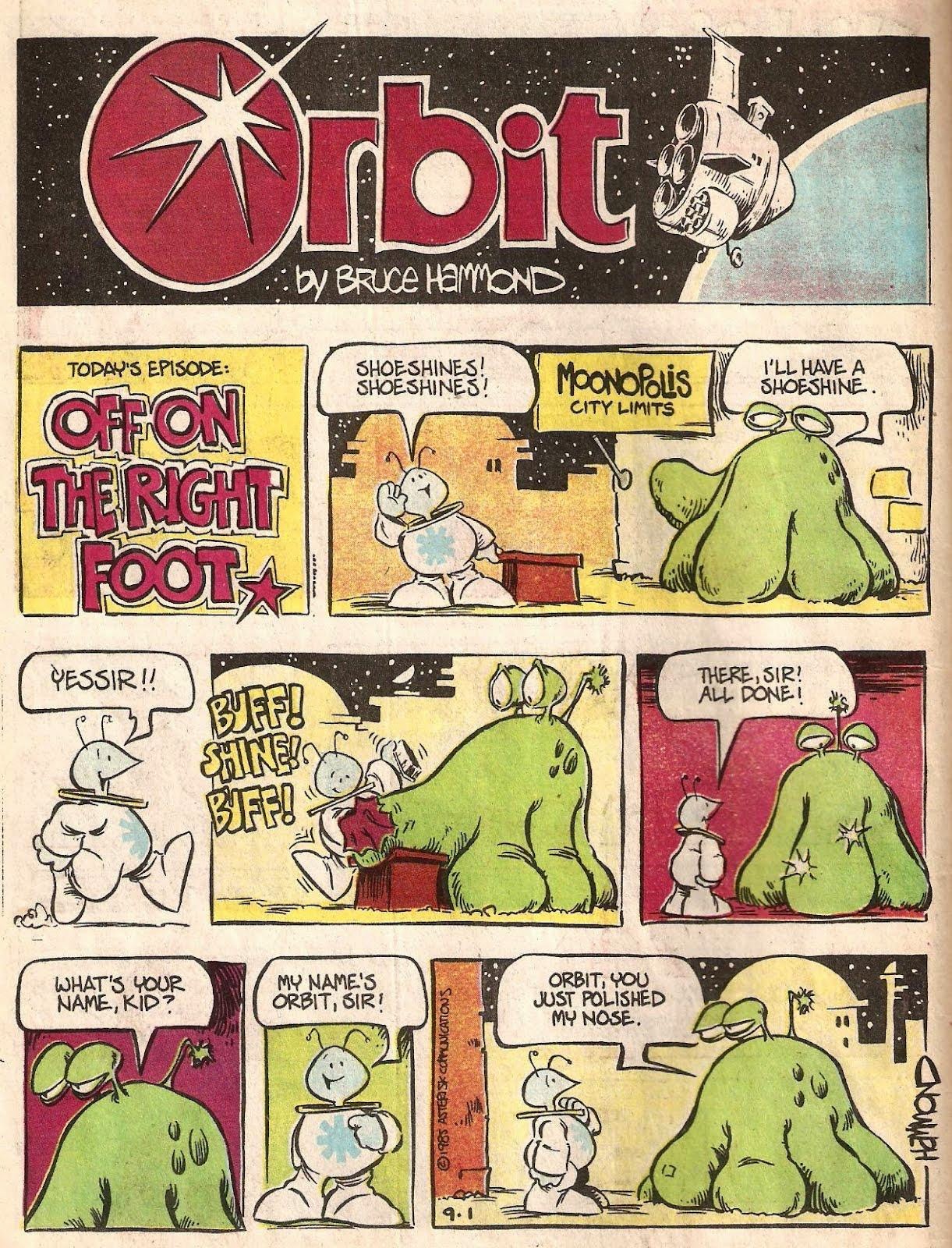 Orbit's shoeshine business was a running theme that occasionally popped up in the strip, and was strongest at the beginning when he was regulated to the post of a... shoeshine boy. 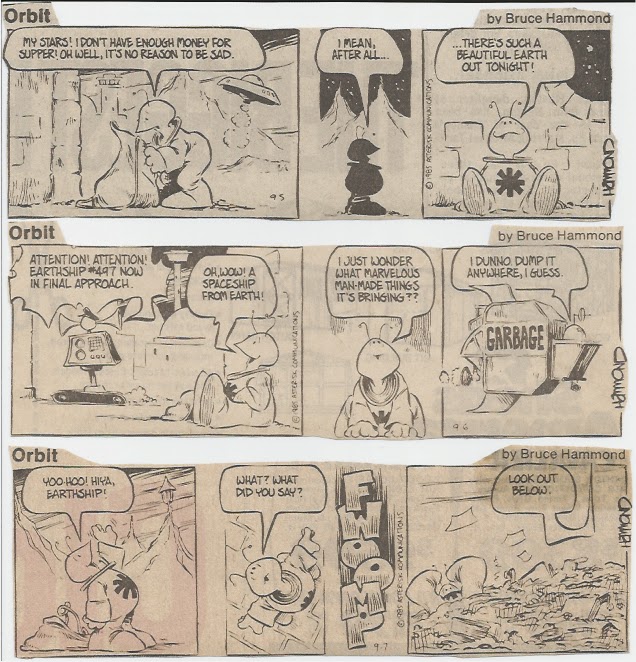 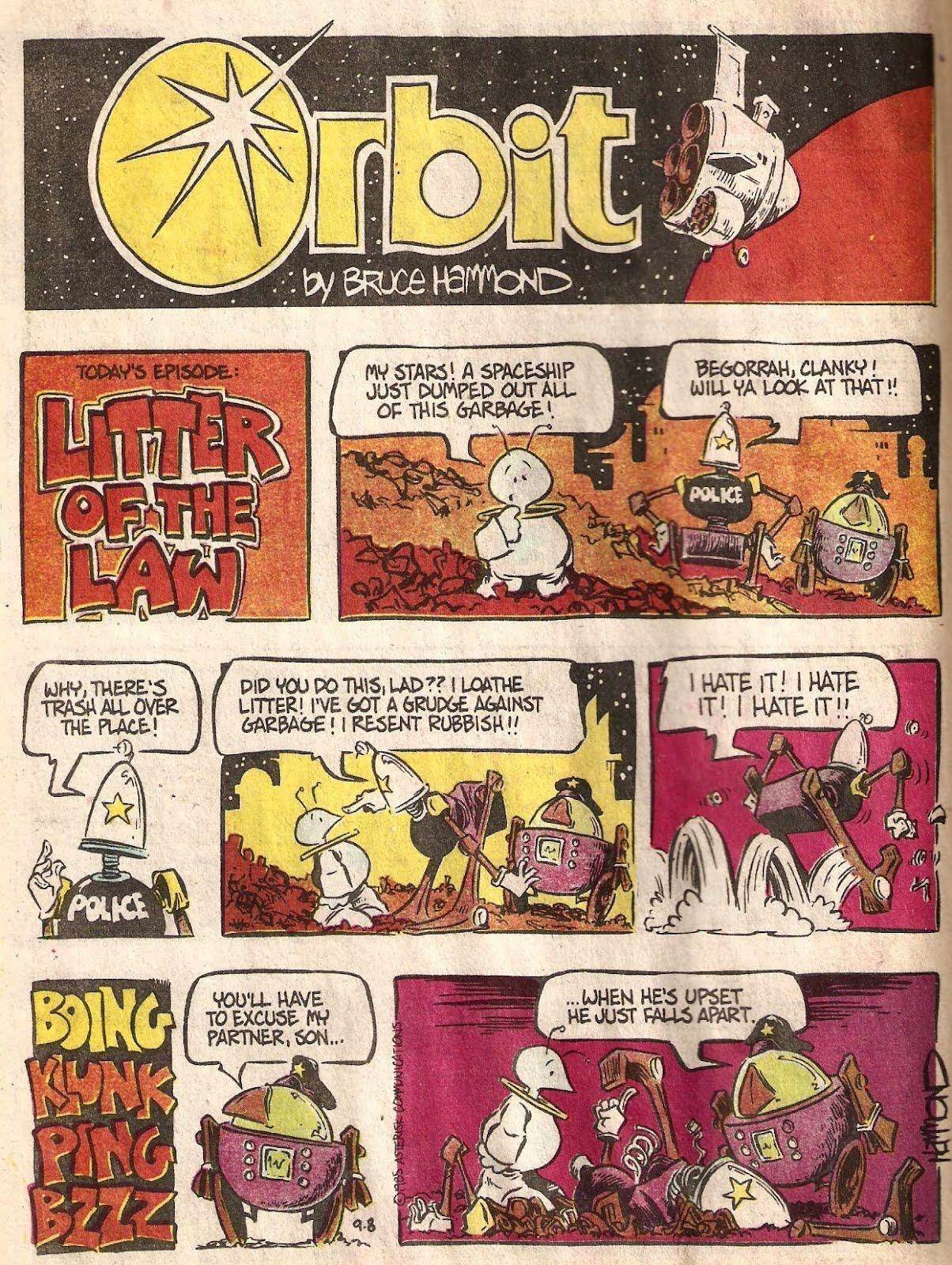 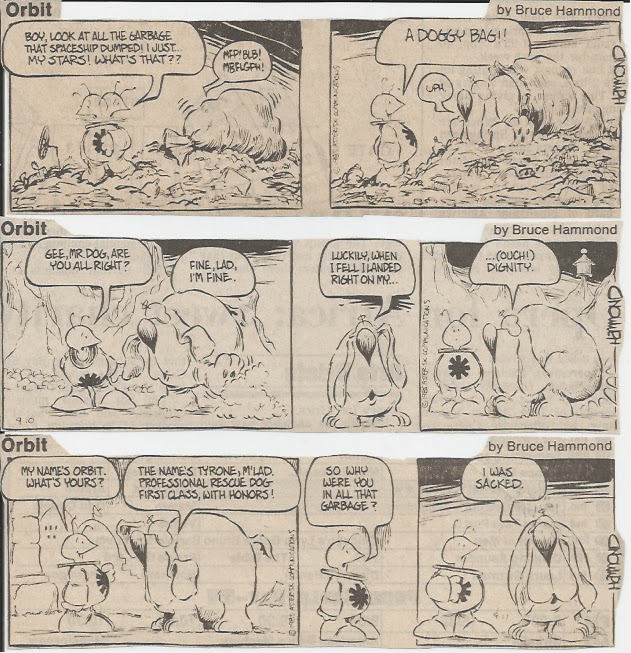 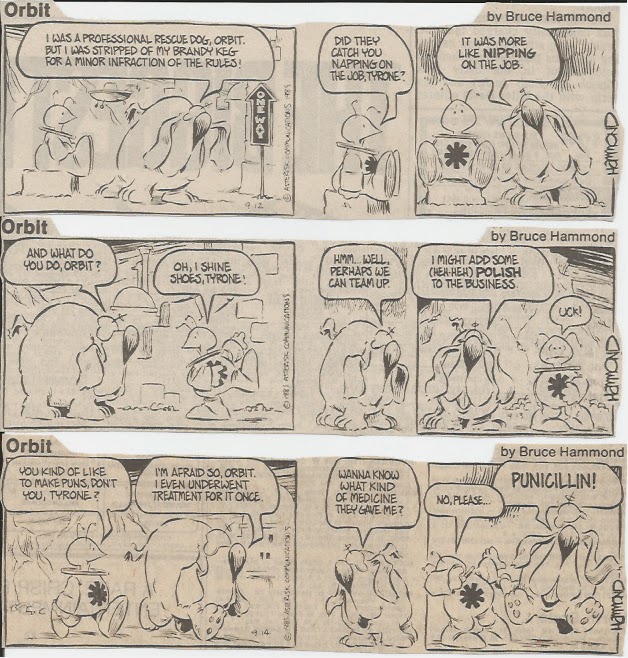 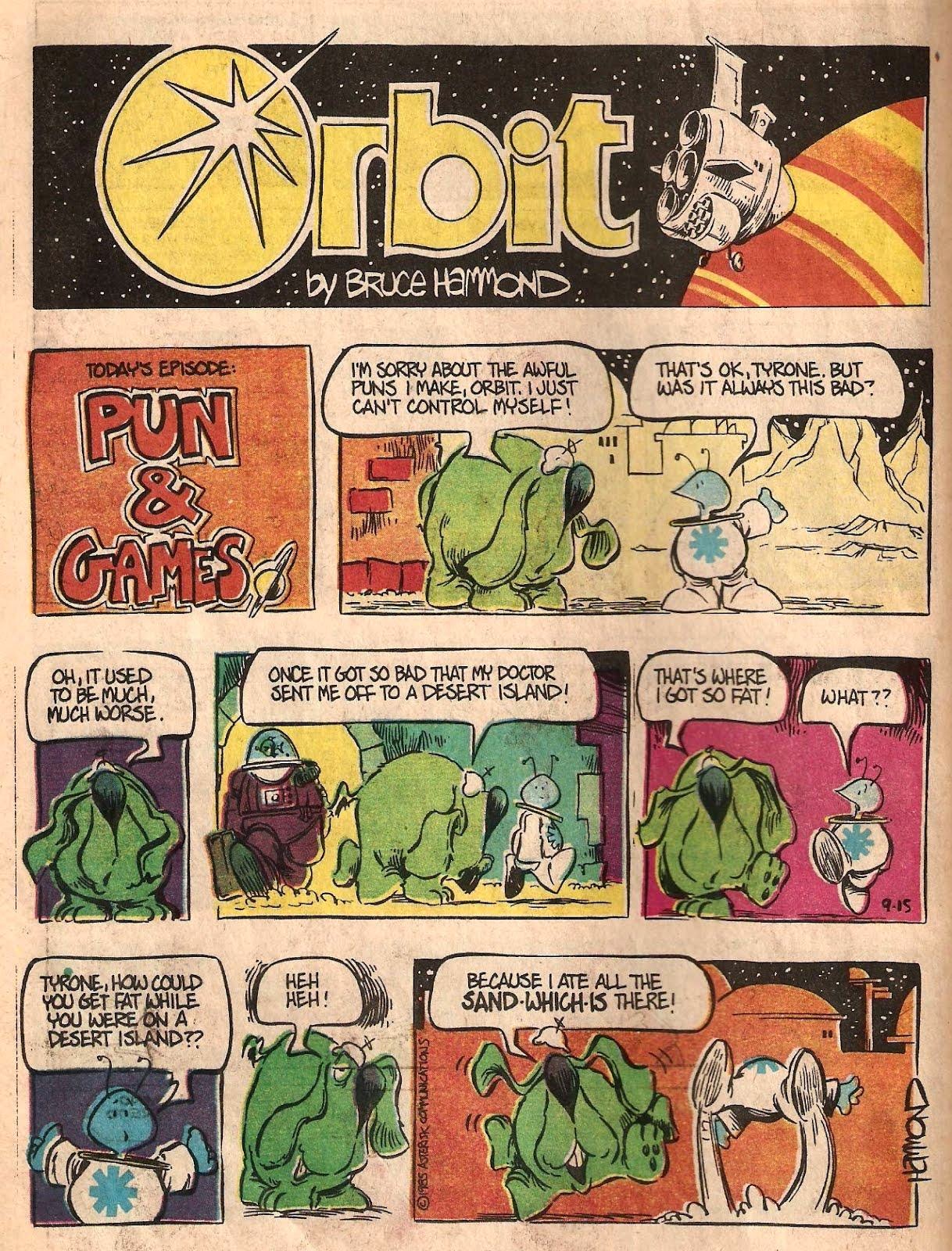 Bear with it.  This is the last of bad puns for a while. 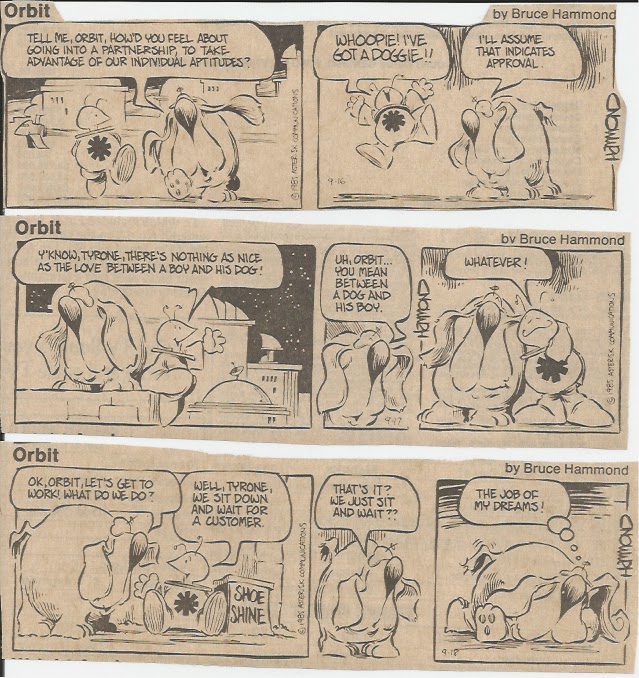 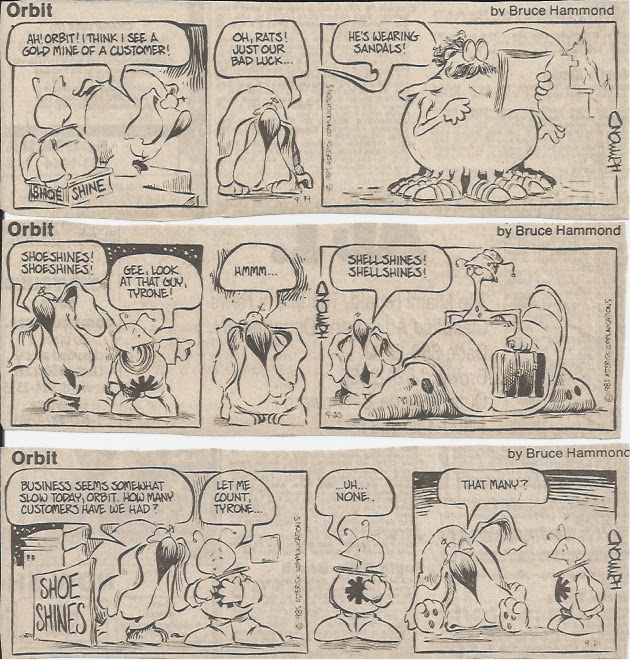 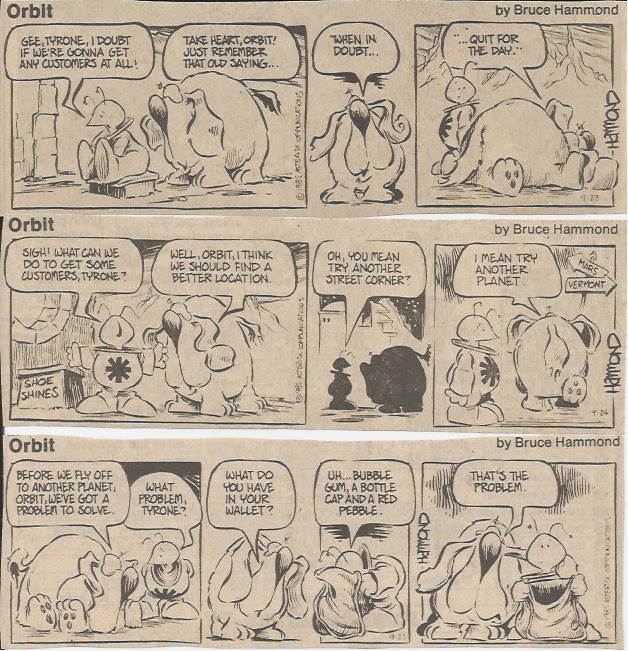 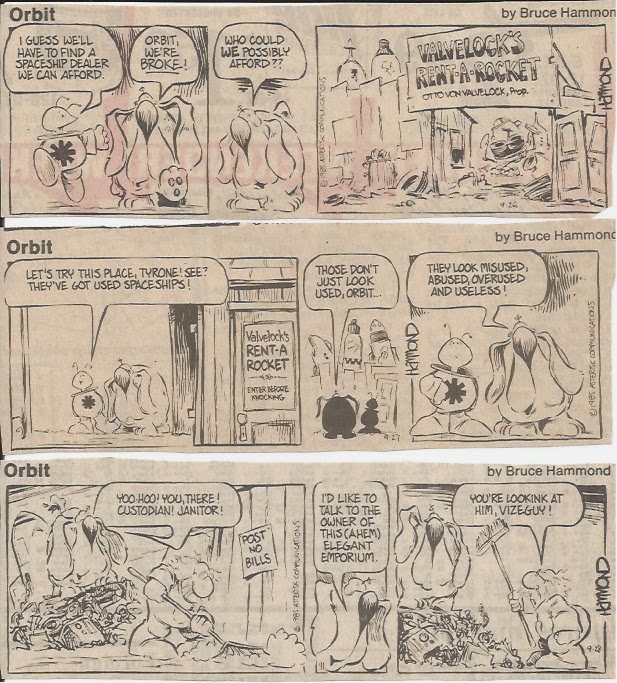 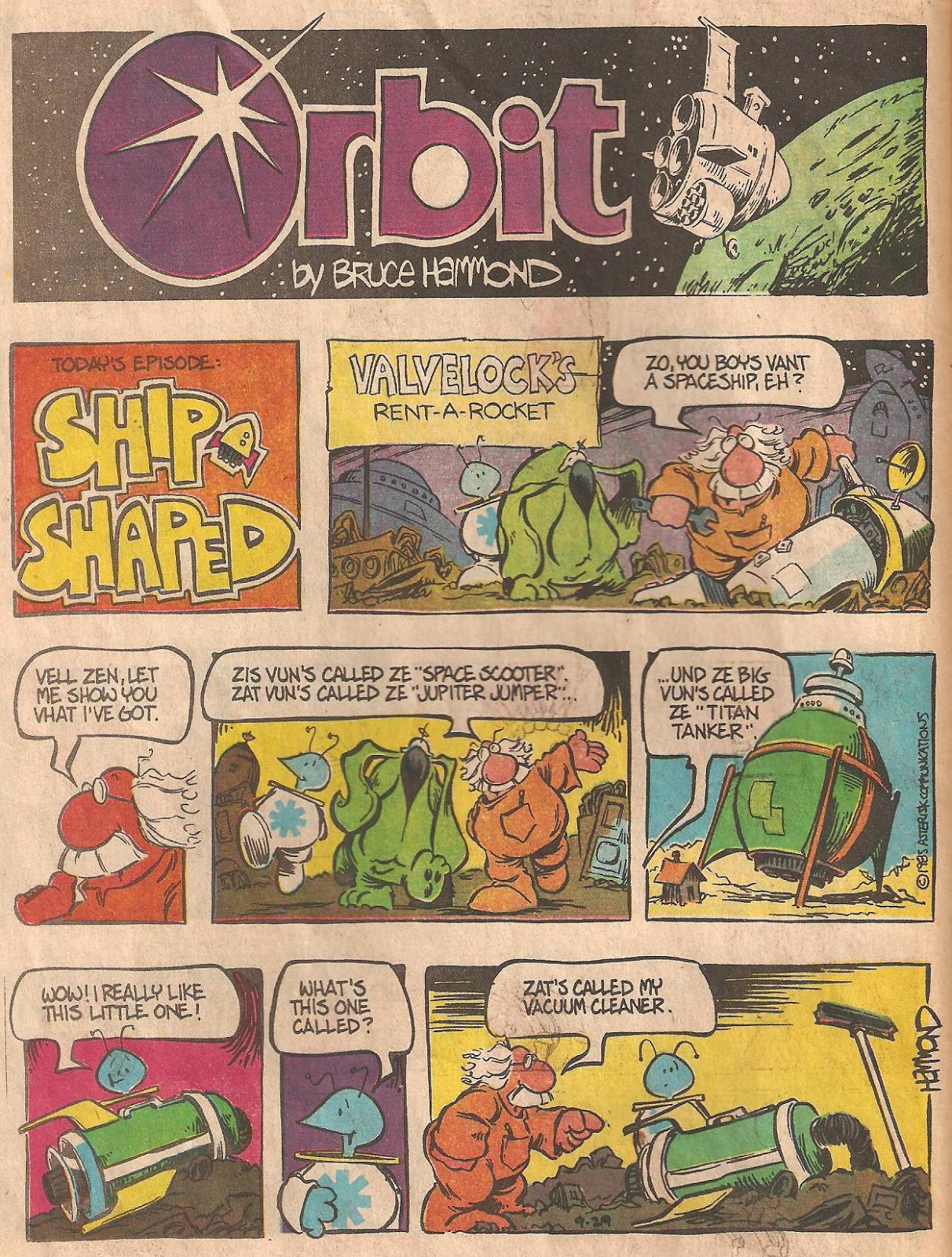 Pay attention to the reuse of a certain panel in this Sunday comic for a daily strip later. 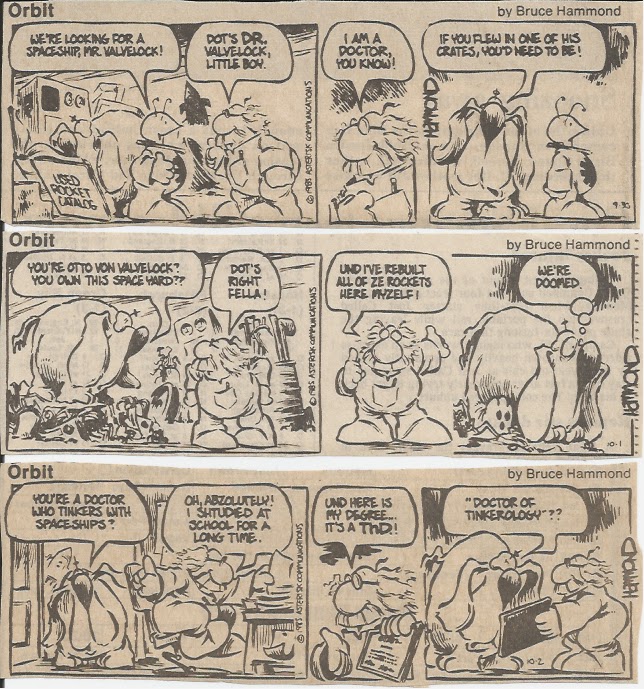 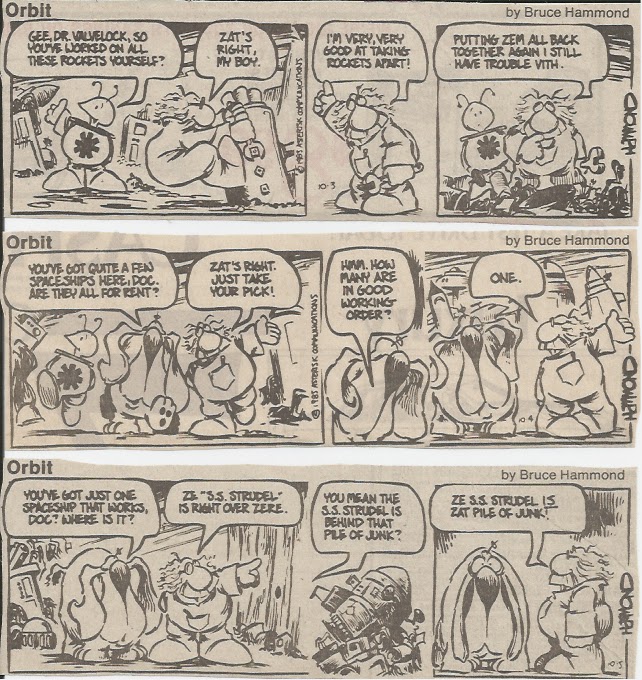 Have you found the duplicate panel yet? 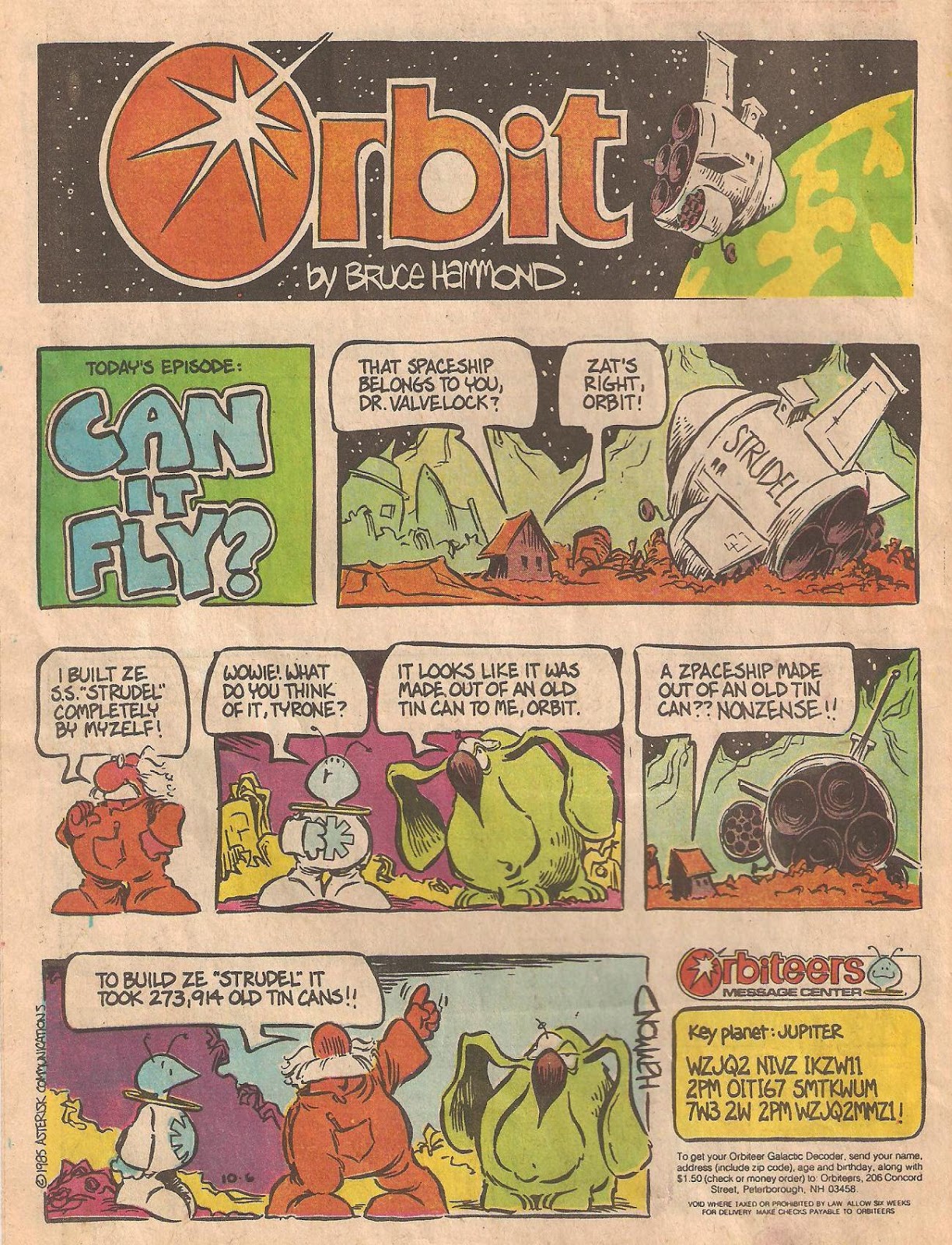 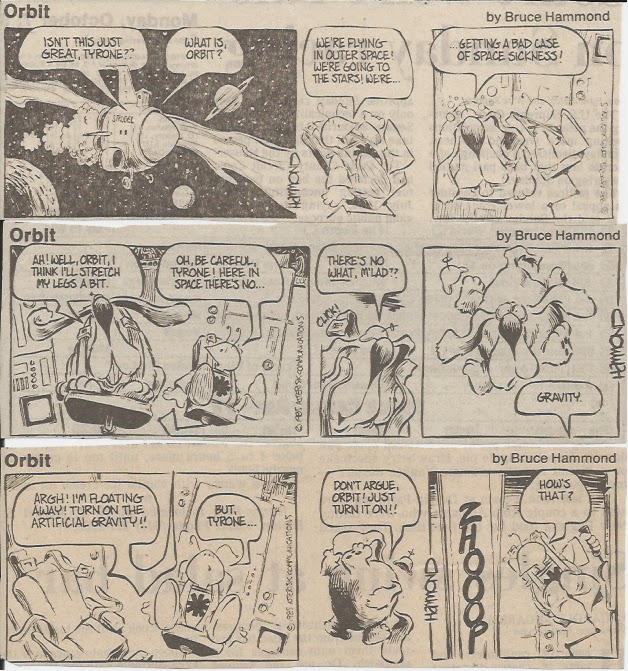 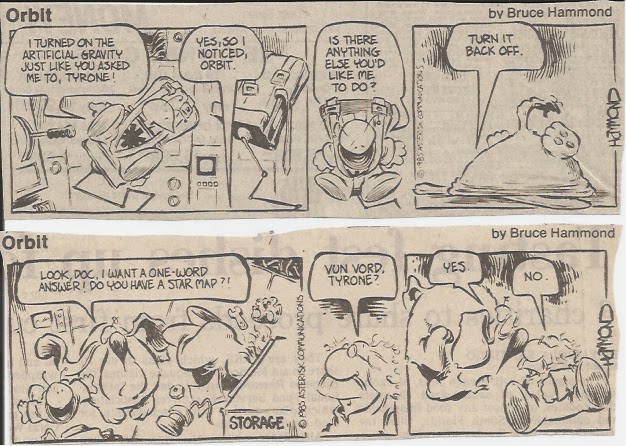 And that's where my collection runs out.

EDIT - a commentor pointed out that the link is still available on WebArchive, but most of the pictures are broken.  Fortunately, the blog images they were posted to still work.  Rather than go to the trouble of going to another mostly empty page, I'll save you the trouble & show the missing pictures.  But before that, here's some fan art of the founder, Jason F. Talbert. 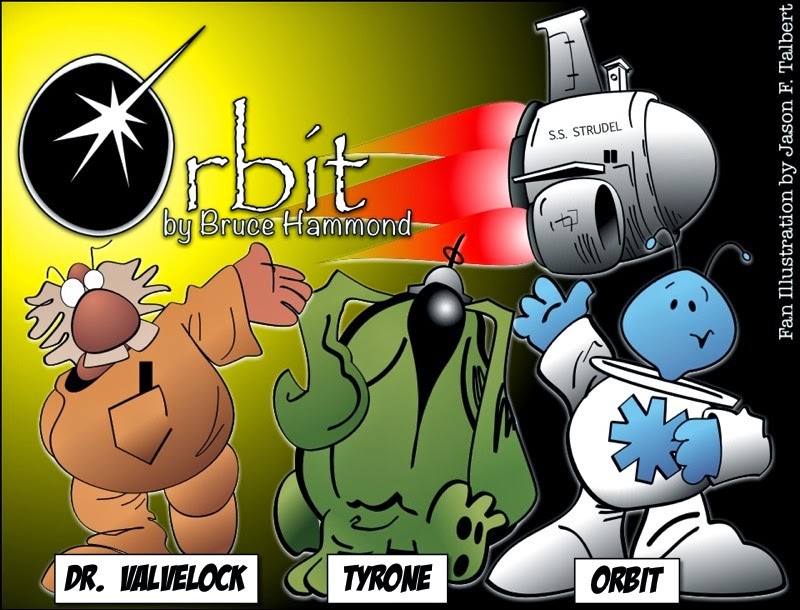 There was also an ad for submissions for a drawing contest for children.  Most of these would take up space in the Sundays, rather than advance the story. 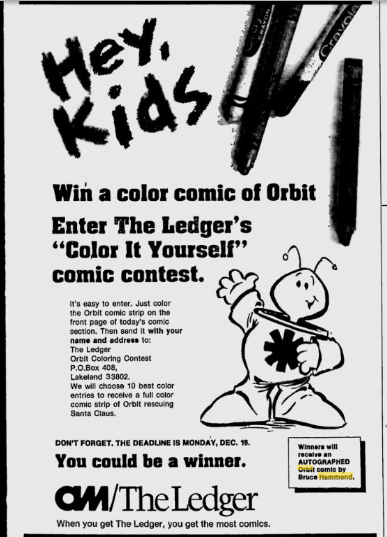 And now for the remainder missing comics: