Since the dawn of time, mankind has sought out ways to increase their leisure time by working hard trying to figure out how to make life easier for them.  Such innovations are usually met with the skeptical air of people who don't like being introduced to new ideas, no matter how much it could make things more bearable.  Unless you're looking to reinvent the wheel or find new elements invisible to the human eye, chances are most homespun inventions are going to be of the modest sort.

And then there's using simple time-saving methods.  Adam's attempts at trying to
usually ended in failure. 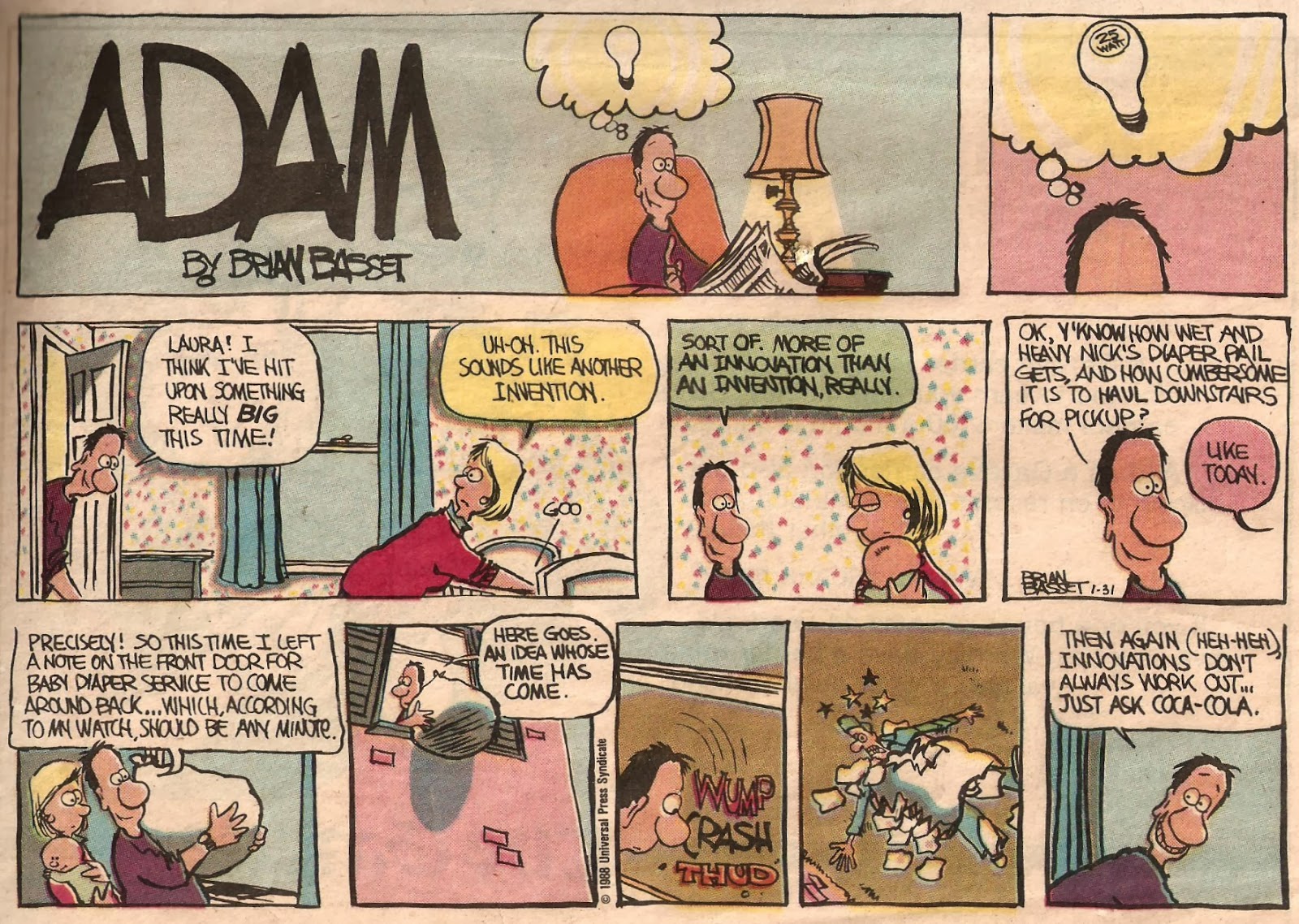 I attempted making a Rube Goldberg-like invention mostly inspired by the children's book A Big Ball of String where the boy installed a series of pulleys and levers around his room so that the slightest tug would result in opening the window, snagging his coat, closing the door or turning on the light.  I devised an elaborate system using a combination of jump rope, an exercycle and various chairs located around the room.  With patience, this confusing combination allowed me to turn off the light in the room.  The euphoria of success of the moment was spoiled by a fundamental flaw in the creation: "How do you turn the light back on?"  I'd been so focused on going to the trouble of figuring out how to turn off the lights that it never occurred to me that someone might want the other option.  The only sensible way to do that was to manually flick the switch by getting close to the wall socket where all the rope was in the way.  Imagine a mess of tangled wires behind a TV or computer out in the open and you'd be somewhere close. Sometimes innovation can only carry you so far. 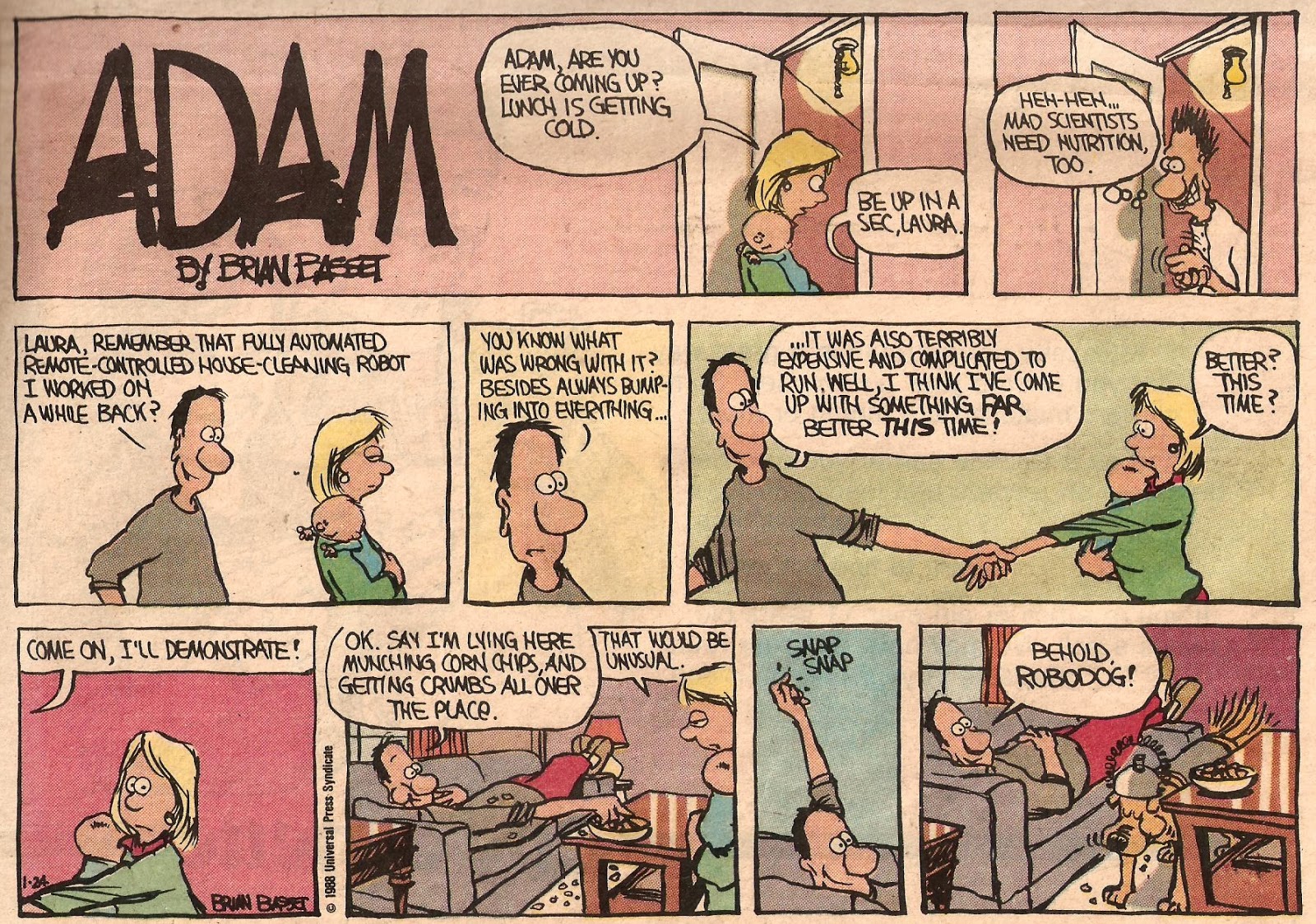