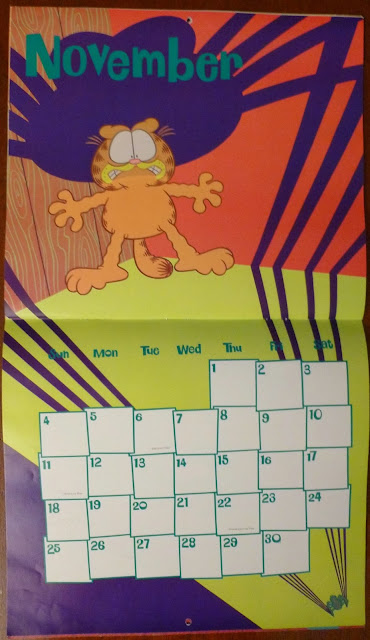 Sorry for the monthly delay.  I would've updated earlier, but I was plagued by a series of power failures brought upon some high-speed wind currents that sporadically appeared across the province today.  If it weren't for the lack of heating and the gradually dimming sunlight, we could've passed the time by attempting to take a mini-vacation this way: 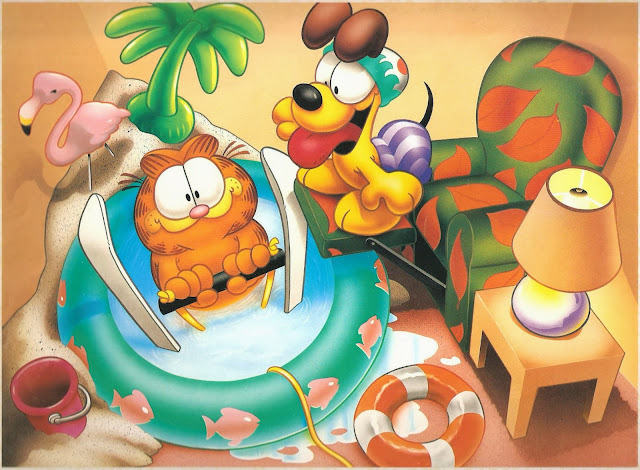 If the weather is too bad to go outside, bring the outside inside.  It never rains in your living room, right?  It is recommended you hold a party of this nature right before you're planning to redecorate anyways.

The lack of blog posts last month can also be summed up in this diary entry:
On the one hand, I'm busier than I've ever been, but on the other, I also feel like I'm not working to my full potential that I could be.  Whether those covert projects will see any results in the future remains to be seen, but I'll keep you appraised when the time comes.

As promised way back in March, here's what I consider the funniest Garfield calendar comic.  Considering the competition, it's not much of a contest. 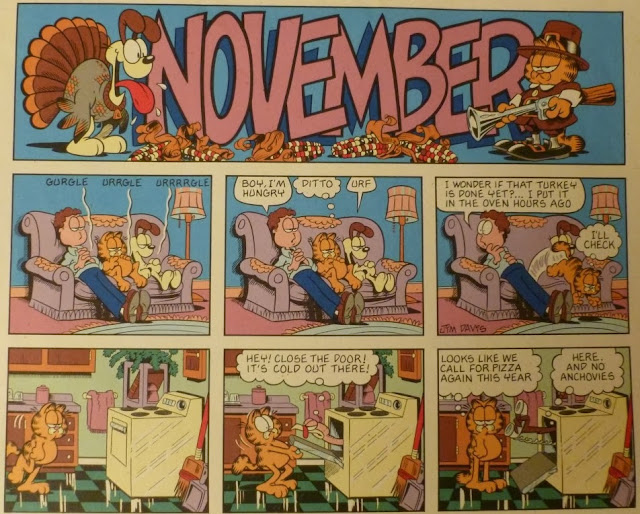 Apart from the rare bonus of two jokes in the last panel, this is also the only comic that even mentions the theme of Thanksgiving.  Apart from the Thanksgiving special, there are no daily strips that mention the holiday.  There's various comics about Garfield devouring waylaid turkeys, but nowhere close to November for them to count.