Next to speedlines, decompressed storytelling and tentacles, one of the most popular techniques borrowed (stolen) from Manga is the act of Superdeformation, which is to render a typically full-figured character into a shorter stockier (and cuter) version of that character.  When Manga was stealing customers from the comic shops (or more accurately, giving a neglected audience something that actually appealed to their tastes), some companies retaliated by putting out Chibi versions of their customers on some variant covers.  This practice didn't last long, because the interior art was drastically different from the exterior, further alienating these people from trying something that would constantly squander their interests by failing to live up to their promises. 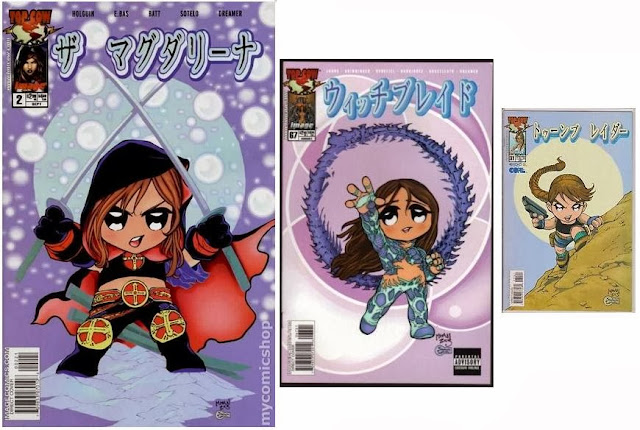 This practice is simply reducing these iconic characters down to their most basic elements.  It's not unlike being able to recognize someone by seeing their silhouettes or pixels.  There was an attempt at doing Chibi versions of the Disney Princesses entitled Little Princesses, which wouldn't be entirely out of place from Disney's desire to reach a wider female presence, but so far, it hasn't amounted to much. 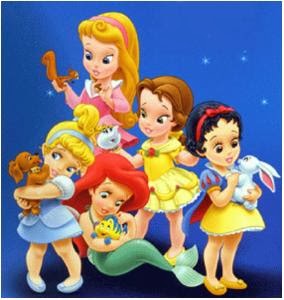 However, in the question of comic characters on the rapidly shrinking Newspaper page, the result of shrinking already small cartoons would seem almost redundant.  But only up to a point.  In most cases, when someone is drawn smaller and cuter, its more likely to show them as they appeared in their youth. 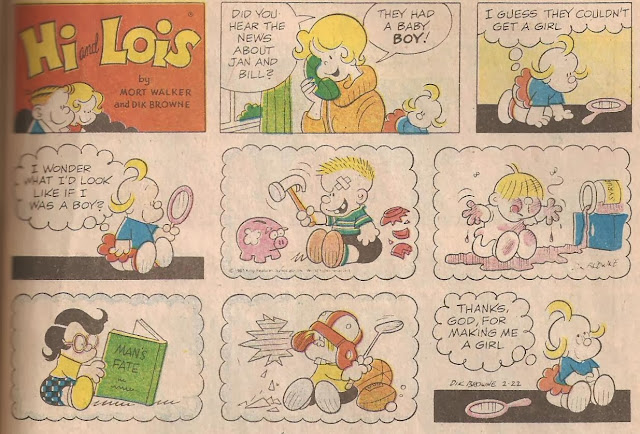 At first, I had no idea who these side characters were supposed to be, until I found out that Hi & Lois occasionally crossed over with Beetle Bailey.  After that, the rest was easy. 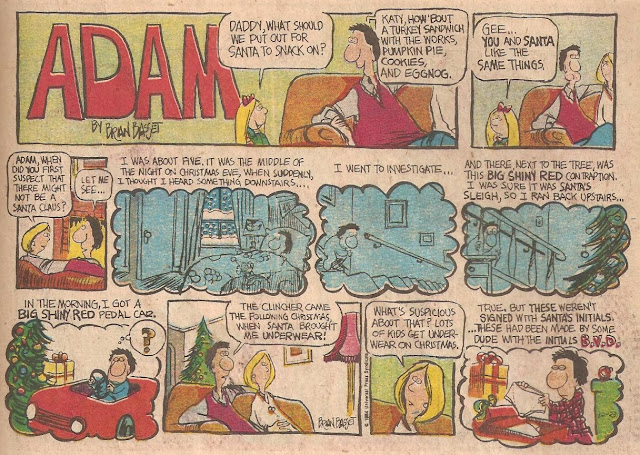 Its a handy visual shortcut to tell who the little kid is, even though they couldn't have possibly looked like that when they were young.  (Adam's schnozz is still notoriously large here)  Even accounting for puberty which messes up with your chromosomes something awful, the result is usually something that looks less like the metamorphosis from caterpillar to butterfly and more of a work in progress resulting in a final outcome that'll be either aesthetically pleasing to the eye or a visual trainwreck, depending on how much you care about your looks and health.

The miniaturization could also result from the adults thinking about how they appear now, instead of how they actually looked back then.  For instance, Hagar is sporting a rather impressive beard for someone attending grade school.  (Not to mention wearing a smaller version of his daily clothes)  Its very much how James Stevenson's Grandpa's youth (That Terrible Halloween Night) always sported a mustache as a kid. 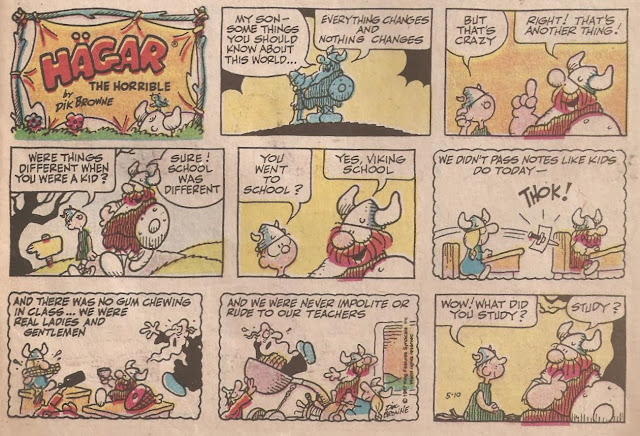 That's why I'm impressed with artists who manage to convincingly portray their characters as appearing different throughout the ages, and not just from a change in clothes alone.  You can count on one hand characters who DON'T look like their older and younger selves on one hand.  There's a series of articles by Telophase about Manga characters growing up, though Kanna from 20th Century Boys comes to mind.  Interestingly enough, in another Hagar comic, his inner child runs amok, and looks closer to what a typical red-headed kid would've been before the wine food and fun got to his waist. 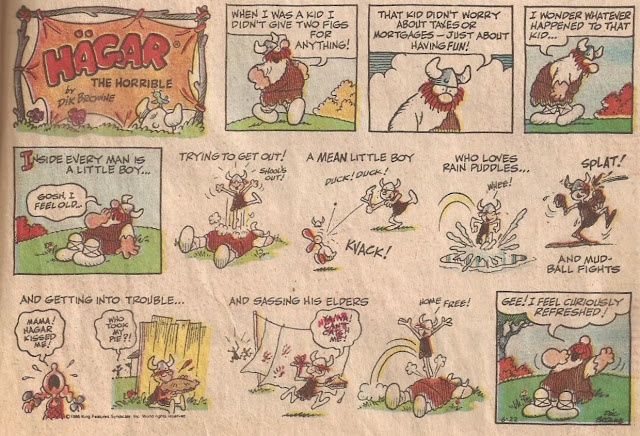