Socking it to October 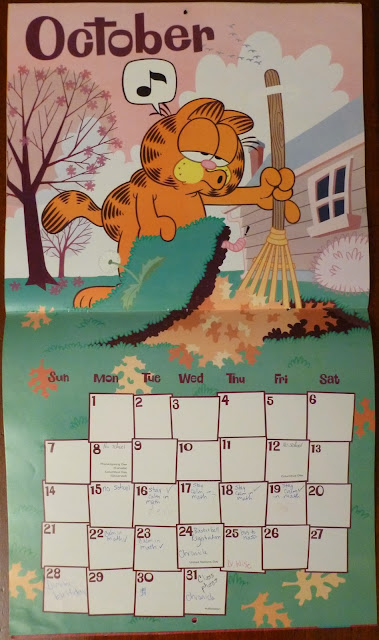 I mentioned before that Garfield isn't particularly heldfast to certain statuary holidays commonly found in other family friendly strips, such as going back to school, which can easily explain his worldwide appeal.  But that still doesn't prevent him from indulging in the occasional celebration of holidays involving food near the end of the year.  I'm sure you know which two I mean.
Strangely enough, even though there's been a Thanksgiving special, there hasn't been much of a presence of preparing food beforehand.  Prior experience with attempt to do so around the fat cat inevitably winds up in failure, so it's easy to see why that option isn't chosen much.

On the other side of the spectrum is Garfield's philosophizing, which was much more frequent in the early days of the strip than when he just snarks at pretty much anything Jon does. 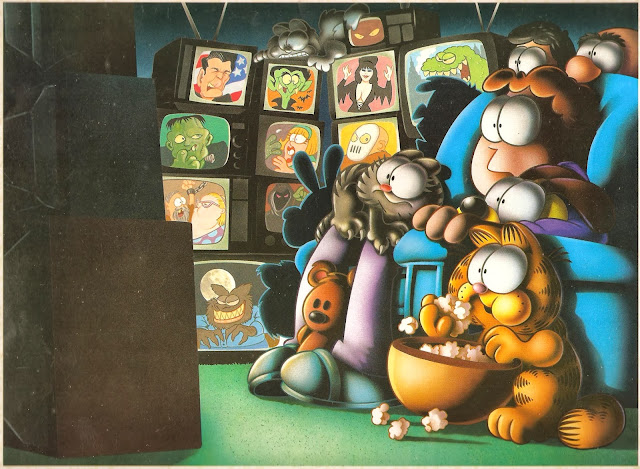 Why is it all the good TV shows seem to run at the same time?  Unless you can afford a dozen VCRs, just invite several friends over with their televisions and catch all the action.  There's no fighting over which show to watch either.
Posted by DeBT at 11:21 AM