One of the advantages of living in a time of multiple reprints of old properties is having access to all kinds of extra-large collections that were sporadic and largely unfinished.  I would've practically killed for the chance to have as much comic reading material that's available nowadays.

But that still doesn't stop some silly mistakes from cropping up.  I'm not talking about certain comics removed for their problematic themes, but rather curious omissions that shouldn't have happened in the first place.  One such example I can think of is early comic collections where some panels (or even pages) were misplaced or put in the wrong place, which would cause confusion to those who weren't already familiar with them.  The other is in collections of classic Children's Books which have the whole contents of the stories, but don't have the extra artwork that were on the inside covers. 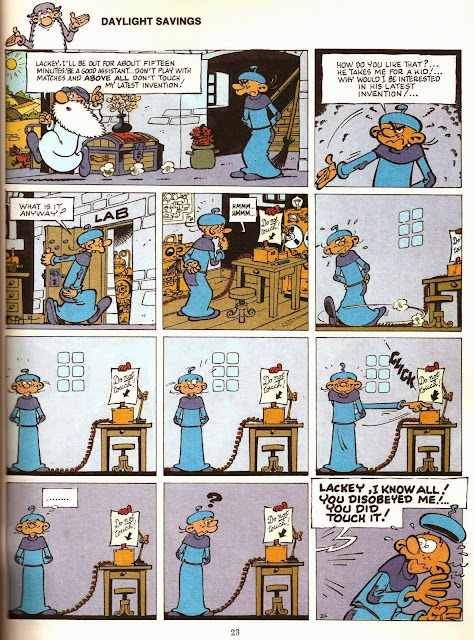 But that's not what I'm focusing on here.  I'm talking about reprints that for some reason or other is completely different from how they first appeared.  In some cases, this can be down to artistic license. Some comics have their dialogue reworked after publication to be clearer if necessary. Near's facial expressions in Death Note were closer to L's in the serial format until they were redrawn to have a more serious look.  Some For Better or for Worse strips were changed in the collections compared to the newspaper originals.

And then there are reprints that somehow manage to lose some of the humour that was there in the first place. 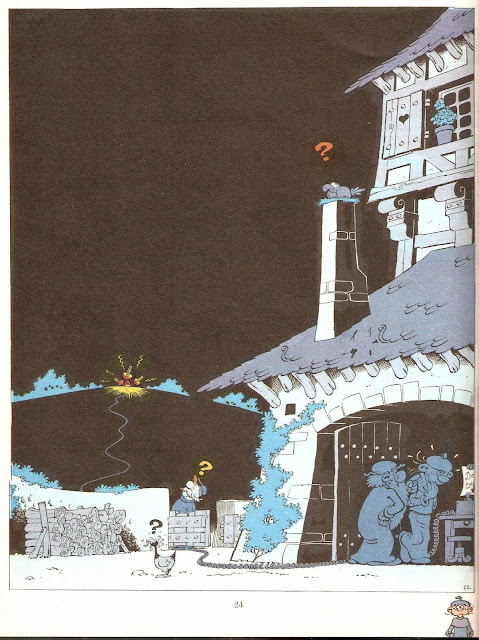 Moving on, there was an Adam that had the setup for a famous commercial...

...which lost some of its strength when reprinted in the black and white collection: 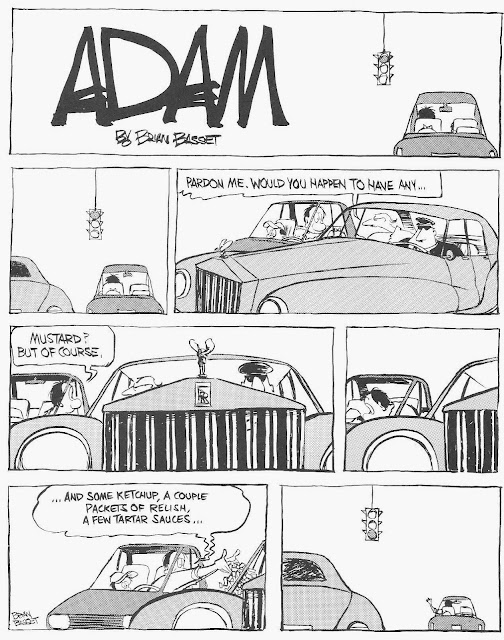 You have the benefit of seeing the throwaway panels that weren't available, but the impact is lessened by how casually Adam mentions his packets.  You don't get the sense of urgency Adam gets from getting the chance to unload his stock of condiments onto his unwilling victim and driving away at the green light before hearing a response.

Another funny thing about reprints is that the title logo may change for some long-running comics.  This is understandable due to the evolution of an artist's style, and some updating may be required to give some indication of the passage of time.  Where it fails is when these two opposing elements clash.  Early on, Herman had some extra dialogue added to the throwaway panels: 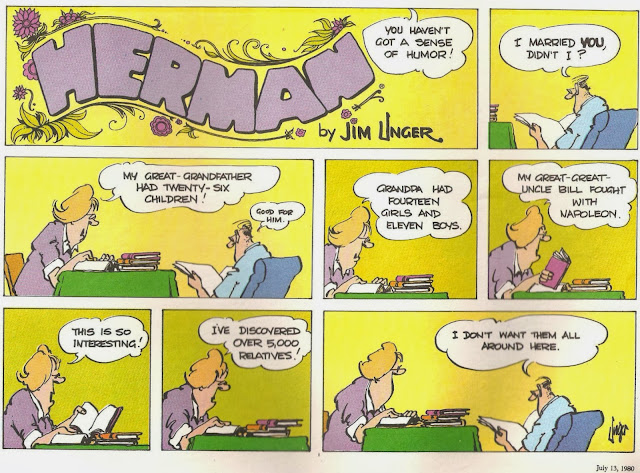 But when the very same early comic was reprinted online, we got a punchline without the setup. Even the central word 'you' is bolded for emphasis, but the meaning is lost.  Furthermore, the balloons are redrawn to become closer to the other Sunday comics, which make them look rather static compared to the variably curved balloons of the original. 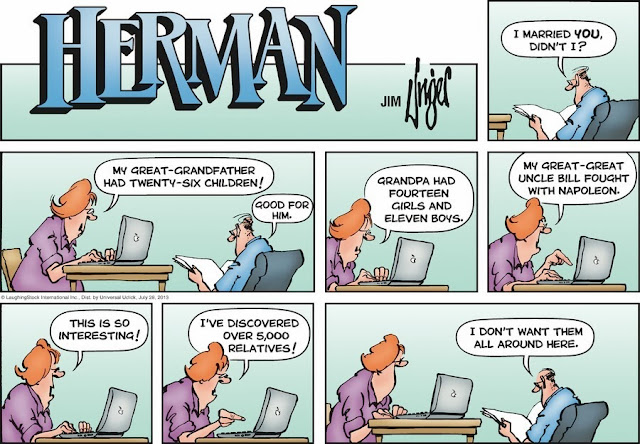 As for the first comics shown here, they were from Leonardo, the misadventures of the 15th-Century inventor and his oft-maligned Disciple with variations of Genius in the titles, such as Budding Genius, Call of the Genius, An air of Genius, and Genius' Gift.  It wasn't until the 20th Anniversary album that the actual punchline for the comic posted in the second album was finally revealed: 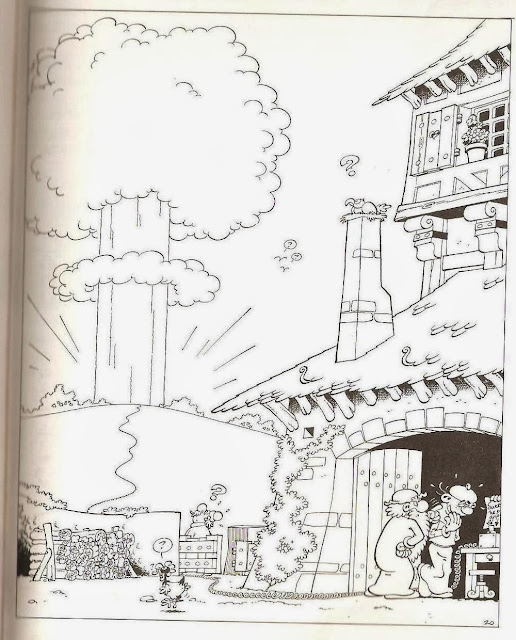 Now do you get it?  One can only imagine the amount of frustration readers had trying to figure out why the sky was going black.  In a sense, it could be considered an extreme version of information blackout.  "If we block out the sun, they can't possibly see the radioactive dust", or something along those lines.
Posted by DeBT at 12:14 PM