For the remainder of the month leading up to Halloween, here's a little something I did on my own - an English version of Histories Alarmantes (Scary Stories) by Jamsin and Cossu.  (I didn't bother to redo the title and sound effects)

This isn't exactly a scanlation, but rather a collaboration by taking the translated panels that were originally reprinted in Dark Horse's Cheval Noir line.  But for some reason, their comics were scattered all across their issues.  The order the following stories showed up in were in issues #37, #25, #2, #45, #35, #38 and #42 respectively.  A lot of the inherent spookyness was lost when shown in simple Black and White, which you'd think would be the opposite in this case. 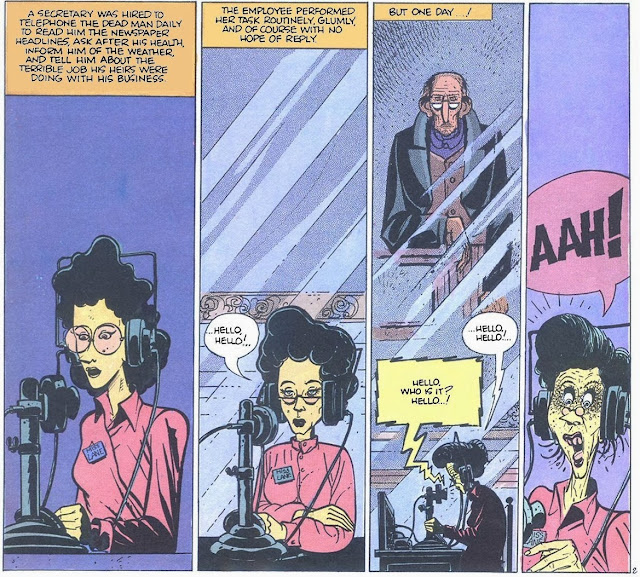 I also missed seeing the extra drawing underneath the title, which was only shown for three stories, The Auction, The Art Opening and Soup Line.  They were similar to the throwaway panels of Sunday comics, and did a good job of summarizing the theme and mood of the stories, which ranged in length from three to eight pages. 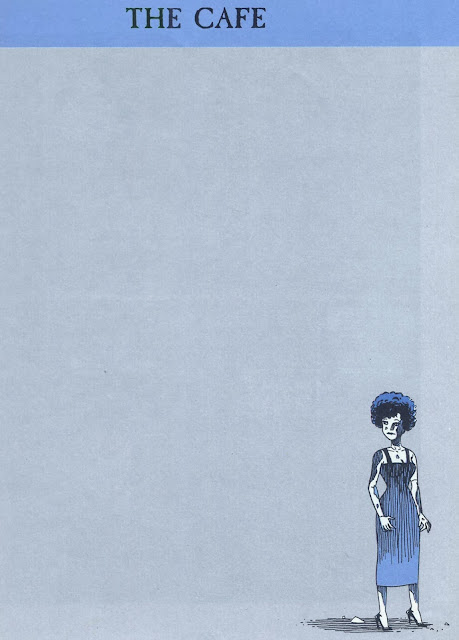 When this book was still available at my library, I could only look at the pictures, and get the general sense behind the stories, which were very unlike the typical moralistic comics from Tales of the Crypt, which were overwrought with narrative, clunky exposition and overdramatic speeches (Good Lord!  *Choke*), these stories weren't exactly scary per se, but inherently disturbing.  There was always the underlying feeling that there was something somehow wrong with what was going on, but being powerless to prevent it in any way. 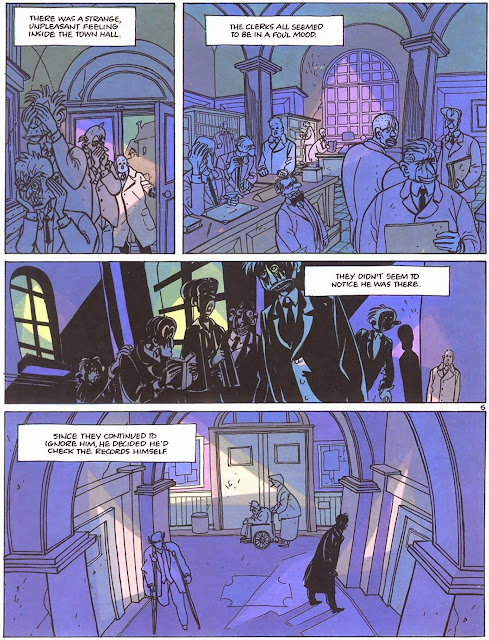 Even though the interior and exterior disturbed me (especially the cover), for some reason, I kept looking inside, and now I can share that same sense of unease.  I have no idea what Dark Horse's policy behind showing select comics from anthology collections is (Manga trading is already a delicate topic), which is why this will be available for a limited time only and be gone by next month's update. 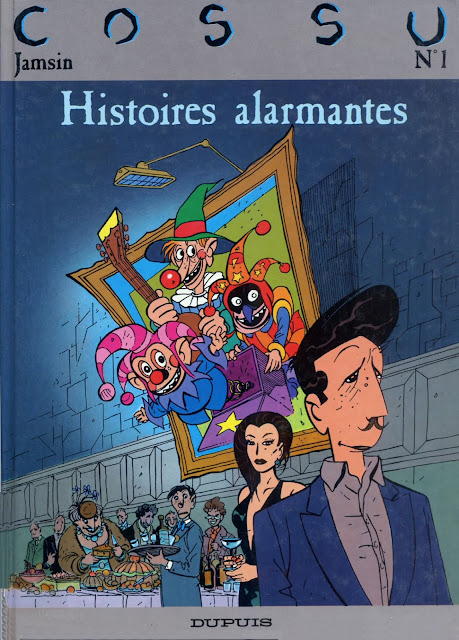