The Joy of Going Back to School

It's just occurred to me with the sudden drop in temperature and windchill factor that it's the middle of September already, and I haven't had the chance to show any comics about that dreaded event known as Going back to School.  But that delay shouldn't be considered a deterrent, since College / Universities tend to start later (Yaaaaay!), but have increased workload in the short time frame (Booooo!).  So this can be a tribute to older students as well. 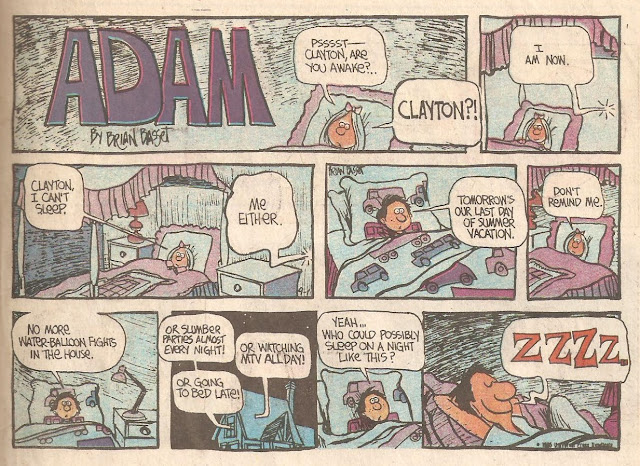 While some people would be relieved to get back to a routine, the general reaction from students is mainly filled with a sense of existential dread.  Others actually look forward to going back to a regular routine of getting up in the morning, get off their lazy unmotivated duffs and actually DO something.  But the general perception is that parents are relieved to have their offspring shuffled off somewhere after having to deal with their presence for the whole summer.  These are the people who would consider homeschooling a living nightmare.

This mentality of parents taking pleasure of having responsibility of their children delegated to government figures is played up in the classic Staples commercial of the father gleefully picking out back-to-school supplies as his children watch on in a mournful waking slumber of going back to a dreary experience.

In the (sadly) still relevant book How Children Fail (it was published in 1964), John Holt mentions that many children see school as a jail.  Considering that their lives are basically controlled by authorities who tell them what to do, when to do it, and what to think, it's little wonder that they have little desire to return.
These schools are unintentionally designed to squish out the desire to learn out of children.  This reality does not extend to Adam's excitement of making his life easier, much to the displeasure of the rest of his family. 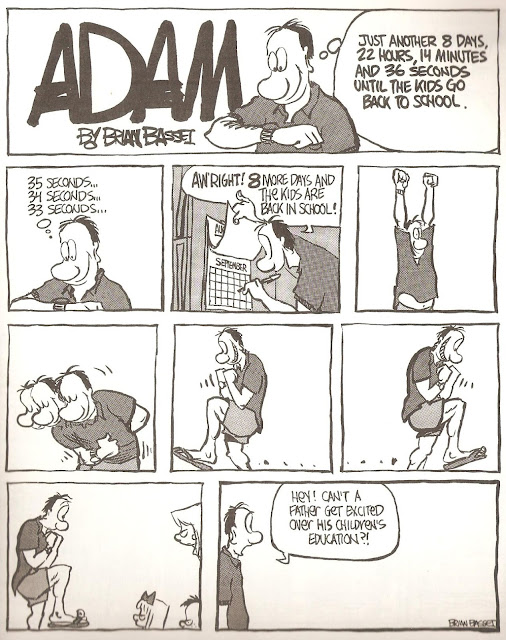 Adam's reaction to the news of his children getting out of the house is so intense that his enjoyment extends to defying the laws of physics and dancing like Fred Astaire in a Ritz Cracker commercial.

However, it's not all gloom and doom.  Whenever schooltime rolls around and it looks like the endgoal is too far removed from your sight, just keep this little thought in your head: 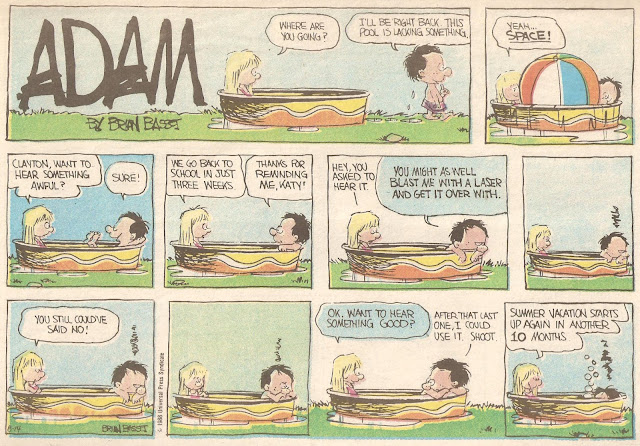