While looking up various items to spur my interest for potential blog topics, I came across an old GoComics editorial about Adam's art shift between how he looked back then, and how he looks now:

However, I take offence to their comment that Rob Harrell does a better job of aping Adam than Brian Bassett ever did.  I find Bassett's early artwork to be more fluid and animated compared to the more stiff art of his successor.  A sample of entries on CIDU should be all the proof you need.  If you don't want to check them out, I don't blame you - the comic, while never uproariously funny, had more instances of actual back/forth dialogue rather than just seguing into a lame joke.  (Okay, lamer, but the early strips were somewhat believable) 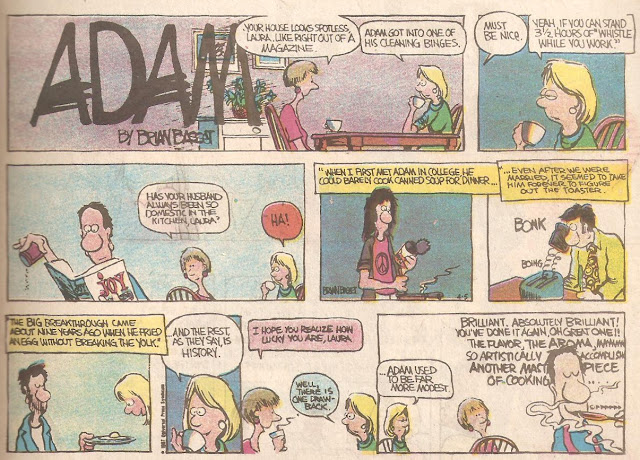 Actually, I was hoping for a more in-depth analysis of Adam's hair, since much like so many cartoon dads, he started out as having a copious amount on his head, until the features of his large schnozz and receding hairline dominated to define the man we know today.  Surprisingly, even though the trait of a husband with male-patterned baldness seems common enough, it doesn't have a TVtropes entry.  (Of course, now that I've brought the subject up, give them time...) 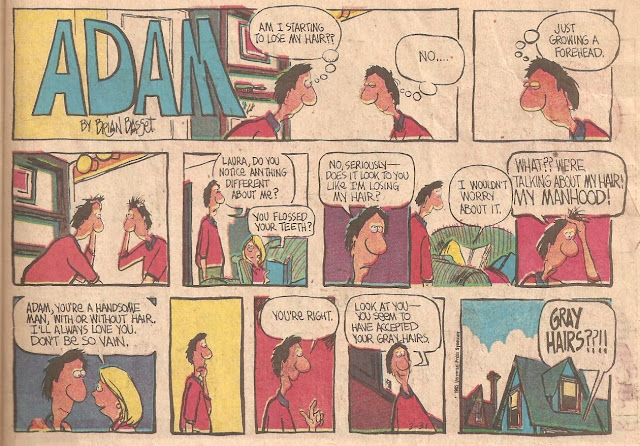 It's not entirely certain when Adam started to show signs of middle age, but I suspect that it could very well be significantly related to the cartoonist himself not getting any younger. Though chances are it could've unintentionally started earlier. 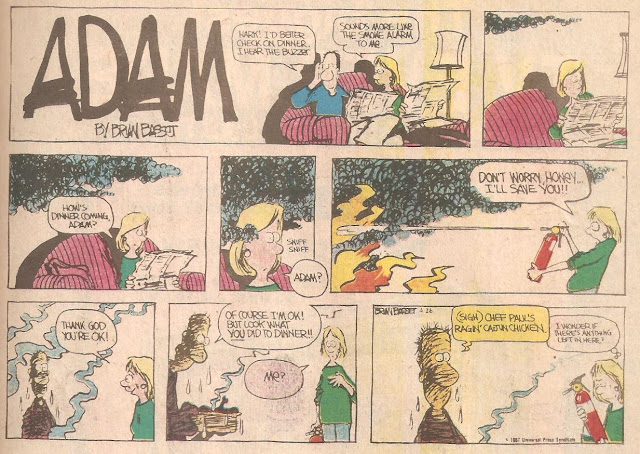