The site Comics I Don't Understand regularly posts the latest newspaper funnies that defy public perception,
and just basically don't make much sense.  By sharing these strange comics with others online and thanks to audience participation, these hoary jokes are given a wide range of interpretations, many that are funnier than the comic itself, and some eventually zeroing on the target.  Such a webpage would've been extremely helpful for me when growing up, since oftentimes, there were comics that practically baffled me upon first reading. Later when I learned how to read, the majority of them made some sense, even though the 60's sitcom humour might've not always been to my liking.  Then there were occasional comics that even years later I still have no better understanding of now than I did then.

Here's an easy one that took me awhile to get, and I'm sure most people wouldn't be able to get the joke upon first sight either.  One major complaint usually made on CIDU is that the artwork can be too subtle for the joke to be properly conveyed, which can be partially blamed on the ever-shrinking comics page. 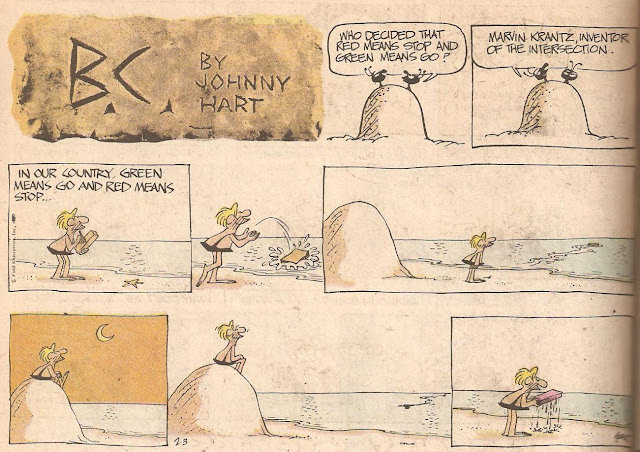 At first, I thought there was a printing error, since there wasn't any visible text in Peter's pen pal's reply as is typical with all of his past correspondences.  Do you get it?  No?  Pay closer attention to the colour of the stone letter at the beginning and the end.  A regular knee-slapper, this one is.  However, this is a children's puzzle compared to this next cryptographic oddity: 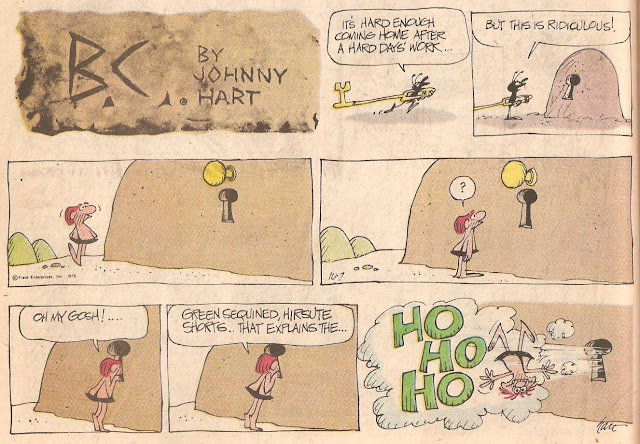 Even accounting for the obvious identity of the man living in the keyhole cave, this just brings up further questions: WHY is he hiding there; WHY is he wearing that stuff, and HOW could Johnny Hart think anybody would find this funny??? 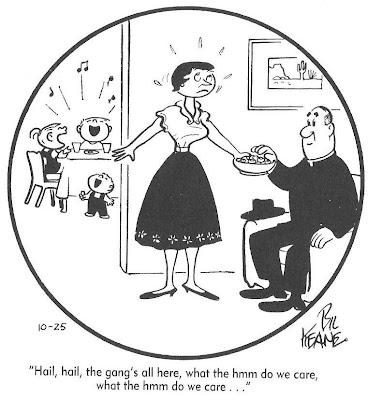 This isn't solely limited to the comics in my collection.  Even the early comics of The Family Circus had comics that made you take another look.  Upon seeing some of the early comics of The Family Circus, it seems that Bil Keane wasn't above stealing from himself whenever convenient.  Not being particularly religious and rather ignorant about campfire songs, the self-censorship by these kids and the mother's irked facial expression was cause for puzzlement. 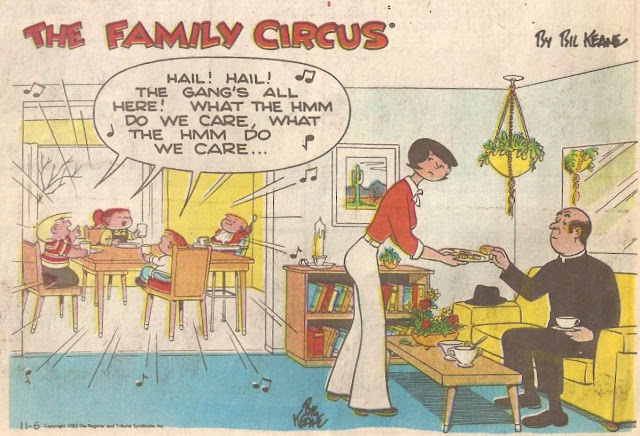 Thanks to the reprintings of the early strips, I found that there was a similar moment pointed out on Joshreads, where the children were crying, and the parents were doing everything they could to focus on their dressing up and ignoring their outbursts. 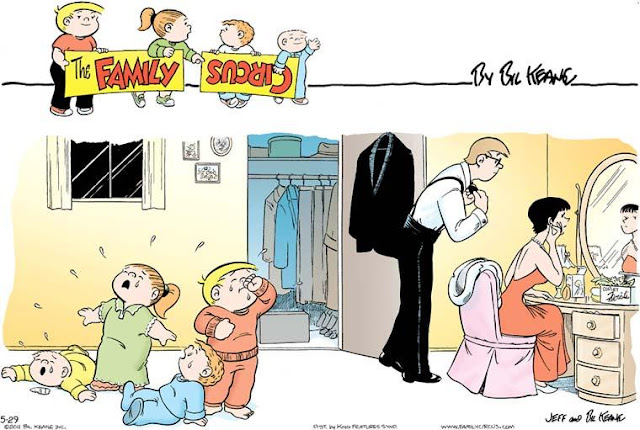 Surely this kind of attitude might've been somewhat understandable back in the 50's when the Family Circus were mainly made up of bothersome brats instead of precocious saccharine moments, but why bother updating it for a new era when such an attitude wouldn't make much sense? 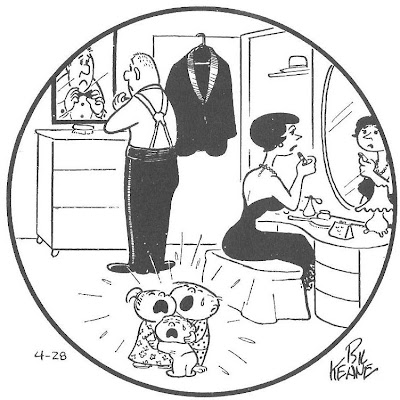 Then there's this perplexing unexplained moment in one of the books: 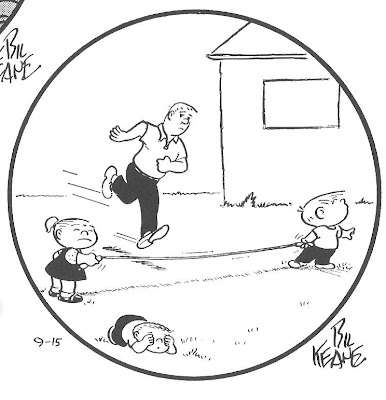 What exactly is the father doing here?  Is he engaging in some kind of low-tech high jumping technique?  A Jump rope game gone horribly arwy?  Why do the kids look so nervous?  These are the kind of things that require further in-depth explanations, and now that the cartoonist's no longer with us, we may never get a satisfactory answer. 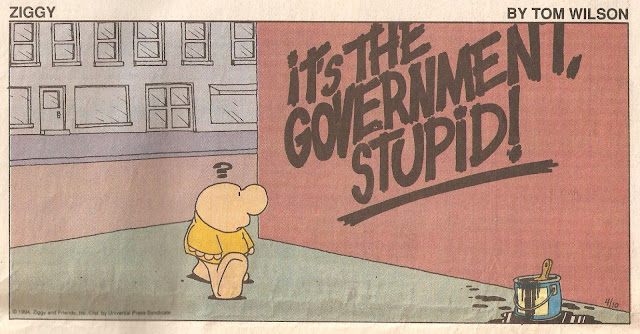 Pretty much everybody likes to find hidden meanings in the latest hot comics being released nowadays.  I'm more interested in what people thought when they saw comics for the first time without any prior knowledge and were basically struggling to interpret what they were seeing without any previous insight.
Posted by DeBT at 8:42 PM