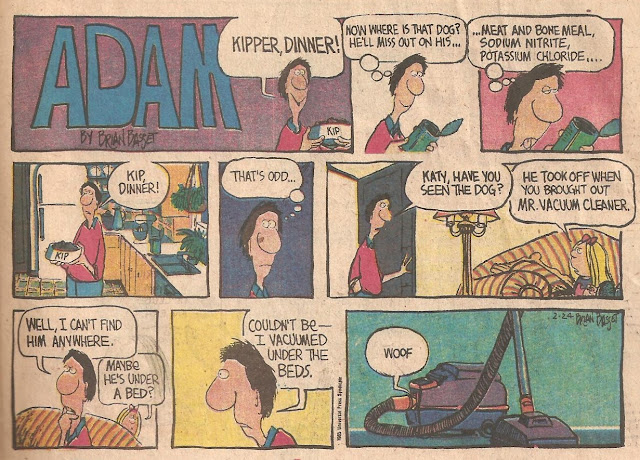 Having a household pet is pretty much considered a staple for families in newspaper comics.  So it's not exactly following much of a tradition that Adam had a pet of their own who's been sadly neglected of late. 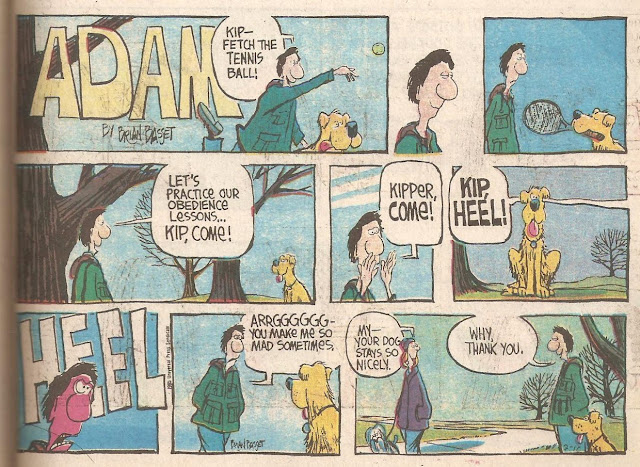 ...Or maybe it's not that sad after all.  While most other dogs tended to display some form of talent or affection, Kipper was in that rare realm where he was as much use as a leaky beanbag.  He took up a lot of room while continuing to leak product all over the place.  Considering his limited uses, it's a wonder why he was there in the first place, other than to give Adam that Nuclear family sensibility. 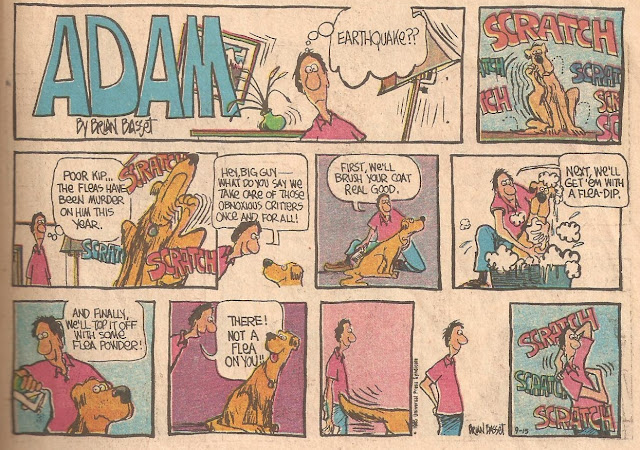 Eventually, his regularity in the strip became fewer and fewer, and he was eventually regulated to making cursory appearances in the throwaway panels.
Kipper was also one of the rare instances where we weren't privy to the hidden knowledge of household animals.  The other being Quincy the Iguana from Fox Trot (who was more of a sounding board for Jason's flights of fancy or whatever insanity inspired him at the moment)  In fact, this Sunday comic is the ONLY instance where Kipper showed any modicum of thought. 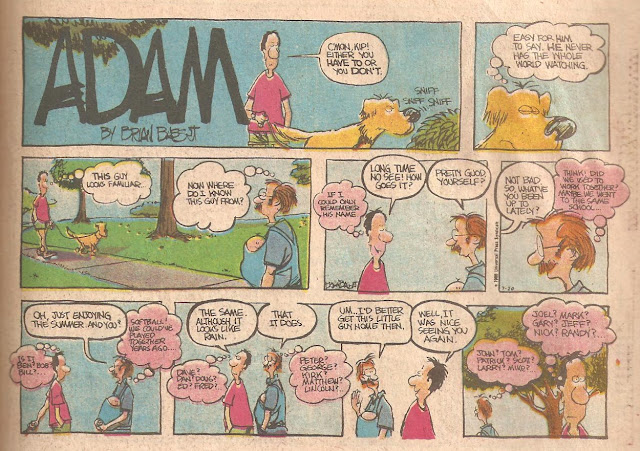 So what prompted his eventual removal?  His redundancy revealed itself around the time that baby Nick appeared on the scene.  There were two Sundays of him interacting with Kipper, but presumably, Brian Basset figured having two essentially mute characters was too much of a challenge, and from that point on, Kipper became little more than a fading memory.
The last time he was rightfully acknowledged in the 90's was during a storyarc involving some escaped gerbils, when Adam asked what that noise they were hearing in their bedroom at night was, and wondered if it was the dog.  His wife sleepily responded in passing that the dog died years ago, and before both dozed back to sleep, screamed that there were Gerbils in the walls.  Not quite the same level of Lovecraft's Rats in the Walls, but it seems somewhat disingenuous to have a minor supporting character dismissed in such an offhand way.