The July Shall be First 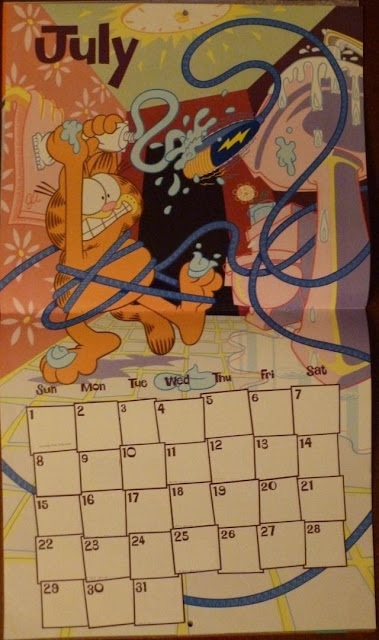 It's the halfway point of the year, which also happens to coincide with Canada Day (formerly known as Dominion Day), and what better way to celebrate the birth of my country than with some Garfield Calendar comics? 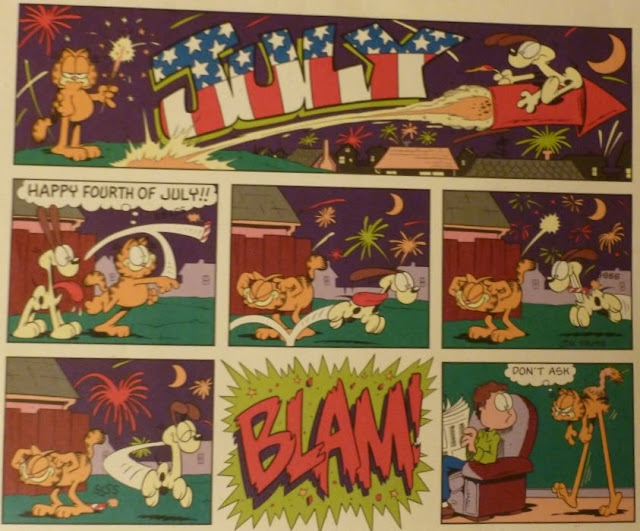 Okay, so that's only patriotic to Americans, but that's what you get when you deal with a multi-corporation icon that only panders to one country without supplying regional alternatives.  Back before the internet ruined everything by supplying lengthy material online, we had our versions of Newsweek and Time magazine, which apart from not being that much different from each other, still had different articles relevant to the great white north, and different covers as well.

There's not much to say about the remainder of the month images, save that this is the only party that doesn't have "party" in its title name, and has an alternative version of Odie's girlfriend.  From the look of things, the couple in the background seem to be getting some of that Flashdance fever rather than complain about the sudden traffic jam. 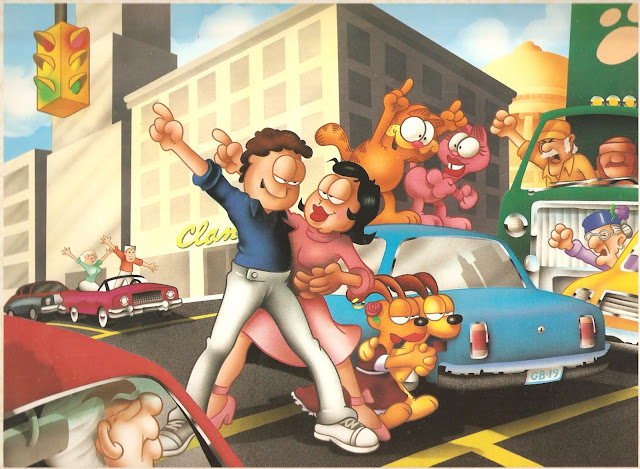 Pack lots of people in your car and drive till you hear a song on the radio.  No matter where you are, hop out and dance to the music.  Then, scramble back into the car and drive till the next song comes on.  This is not a good party for an interstate highway.