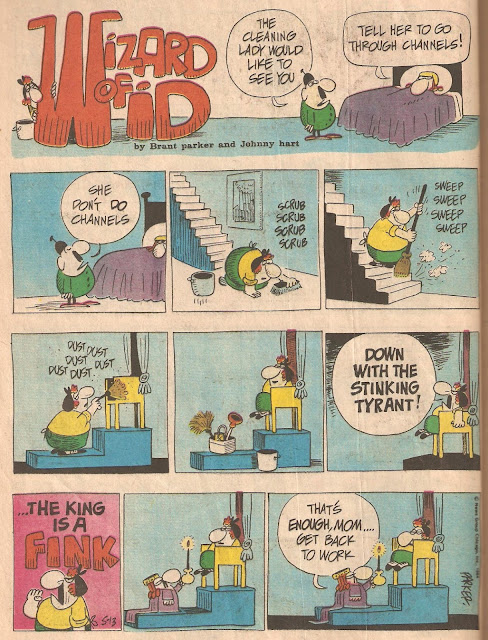 Here's another mini-feature that I figured I'd like to focus on - characters in comic strips that for one reason or another, have been neglected or forgotten to the ravages of time.  Since today is Mother's Day, it seems fitting to start off with the King of Id's mother.

The King's relationship with his family members is shaky at best, what with him either locking up or exiling all his relatives to avoid being overthrown.  Only a handful of them are ever seen more than once, or referenced, and then forgotten later.  Only the King's mother, forced into a life of servitude has managed to remain a reoccurring character.  Though she mostly appears during the middle of May.  There must be some significance to that date or something.
For the uninitiated, Joe E. Brown is a large-mouthed comedian in the 30's and 40's who had a broad smile, and could be considered a contender for fitting three billiard balls in his mouth.  (When you're referencing obscure actors from the Depression era, that's a bad sign of being behind the times)  Her earliest appearance I can find has her as an offscreen presence that wouldn't be out of place to the other family members being locked in a tower. 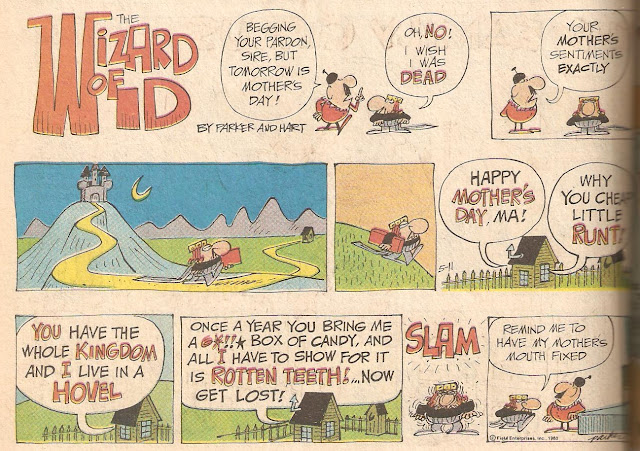 As such, she's the only person who can talk back to the king without fearing the repercussions.  (Though she's still expected to wash the windows and change the sheets) 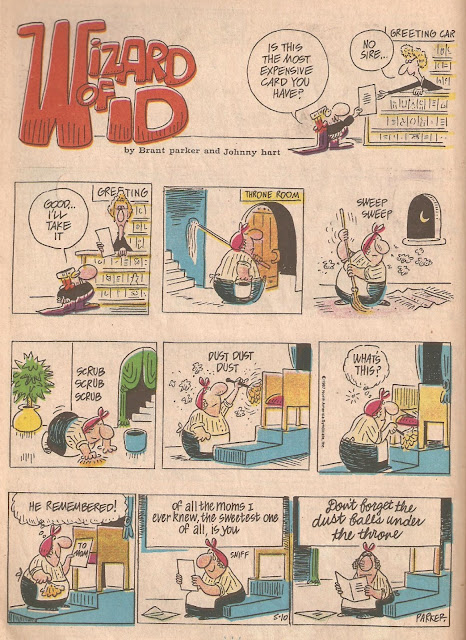