Well-reputed and caricatured film reviewer Roger Ebert just died.  Tragically his death came just after news of his cancer going into remission, after the previous surgery bout left him looking like a smiling version of Stephen Hawking.  Even after this recent facial disfigurement, he still continued to do reviews, only online and stopped making television spots.  Clearly, the man loved movies and made no distinction in his admiration for the medium, even though many of them would drive him crazy with their inane premises and thread-bare plots.

Ebert and Roeper didn't quite have the same amount of chemistry that he'd had with Gene Siskel, built up over the course of many years.  Part of what made their relationship work was how much they'd grown used to the expectations of the other, and that's not something that can be easily replicated with a quick stand-in.  Their Odd Couple courtship and contrarian review outlook made them a joy to watch when they argued over a movie one loved and the other hated, and the rare occasion when both liked the same movie. 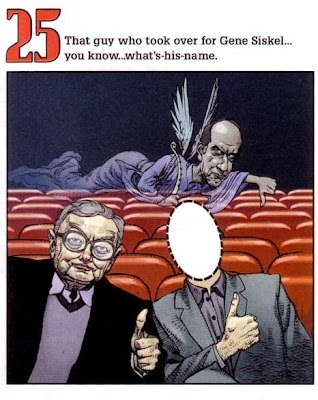 In addition, he was also a firm advocate for Anime back when interest in the medium was still relatively new.  Even so, he could sometimes be quite contrary to public opinion, and sometimes questionable for his personal tastes.  As a commentor put it, "He gave thumbs down to both The Unforgiven and The Silence of the Lambs, both of which went on to win Oscars and become classics. He (...) gives thumbs down on things because they weren’t what he expected. He expected The Outlaw Josie Wales, and when he got The Unforgiven so he gave it a thumbs down."  For instance, he gave Jungle 2 Jungle a better rating than Little Indian Big City, simply because the former starred Tim Allen.  (Frankly, Big Indian probably works better as a comic, given its cartoonish premise)
This wasn't helped with his controversial assertment that videogames could never be art.  Technically speaking, this is true up to a point regarding repetitive pixelated games that don't challenge any preconceived notions.  If we're talking in terms of special effects, home consoles are rapidly approaching the vantage point of computer animation in their cut scenes.  But games are hardly played just for the cinematic features alone.  If they were, they would be nothing more than miniature movies with minimal effort.  One of the dirty secrets that make Video Games so enjoyable is that they're HARD.  Otherwise, we'd be content just to move our player from point A to point B and win.  It's possible that he approached Video Games along the same cliches and rituals that typically plague B-movies.

For the most part, games are enjoyed more for their playability than their stories, though the story certainly help.  To put the analogy further, FIRST we watch the movie, get to know the characters, THEN we're affected by what happens to the characters on the screen.  Along the same notion, FIRST we get used to the controls, THEN once we've explored the world, we identify with the moving central figure and get upset when things go horribly horribly wrong.  There's a reason GAME OVER isn't the new THE END - it means the story's not over yet, and can still be improved on.

But we're basically comparing apples and bananas here.  They play by different rules. Movies are completely different from Video Games in that YOU control the narrative.  More likely, what Ebert meant was that Video Game MOVIES aren't high art.  If he made that statement, he would get less derision for his ignorance.  Heck, Battleship, a movie made out of a board game got made, and it was hardly what could be considered "high art", but closer to good clean dumb fun. 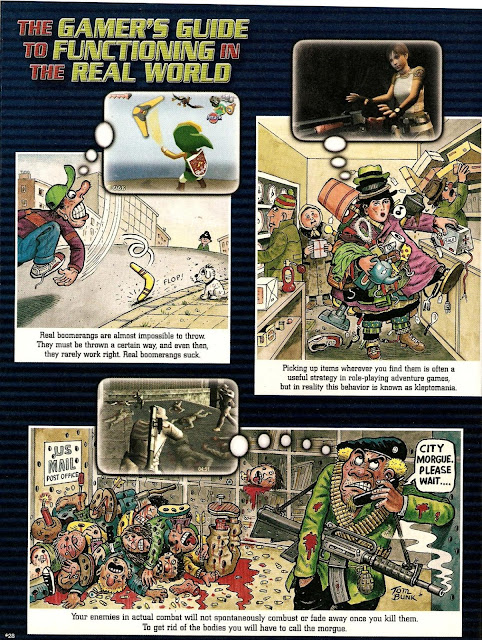 There's already a lucrative writing industry for doing novelization spin-offs of popular videogame franchises such as Halo and Assassin’s Creed.  These are not your garden variety novelizations, but serious adaptions done by award-winning science-fiction authors who are big fans of the games and make it their mission to deliver a product that'll give the same experience of playing said games.  Quite a far jump ahead in terms of quality compared to the Worlds Of Power and Nintendo Adventure books.

The fact of the matter was, Ebert simply wasn't used to Video Games, and was a complete novice in a realm of veterans.  I'm reminded of a story of a foreign girl who came from a restrictive regime, and as a way of easing her introduction to a new country, was treated to a light comedy.  Upon exiting the theater, she was asked for her opinion, and she said that it was the scariest thing she'd ever seen.  What exactly was it about the comedy that traumatized her so much?  It was the scenes filled with disembodied talking heads and severed moving body parts.  She wasn't used to the language of movies, which was why she found it so terrifying.  By that same token, Ebert couldn't see the beneficial value in Video Games.

Where Ebert failed in terms of electronic entertainment, he more than made up for his scathing reviews.
Just as it was gratifying for Ebert to sing high praise of a movie that deserved wider attention, it was funnier when there was a bomb that needed to be taken down some pegs.  It's the critical equivalent of shooting fish at the bottom of a scrapped barrel hole, and Ebert would run the gamut as far as the analogy would allow him.  Many of them are collected in his book "I Hated, Hated, HATED this Movie", the title of which comes from his review of North, which is deserving of its derision.

Some of my favorites are his takes on Forces of Nature, Friends & Lovers, Frogs for Snakes, God Told Me To, Goodbye Lover, Halloween: H20, Hell Night, The Jackal, and what I thought was a made-up title, I Spit on your Grave.

Somewhat fittingly, his former partner, Gene Siskel also died from cancer complications shortly after he said he would take a short break and get back to work quickly so he wouldn't get overshadowed by Ebert.  Two weeks later, Gene Siskel died, leaving the fat reviewer alone to hog the spotlight for years to come.  This will probably spur research over whether excessive movie-watching can lead to cancer.  (In fact, there's already research showing that sitting down too much is the new smoking)
Posted by DeBT at 9:33 PM