When it comes to comic portrayals of predators and prey, it's a common factor for the weak victim (usually mice or birds), to somehow find a way to avoid and torment their larger foes from ever eating them.  However, the Anteater (EatAnter in some circles) from BC is an unusual exception since he has an equal success / failure ratio for eating ants.  This is practically unheard of in the cartoon world.  But in the world of BC where ants are generally interchangeable (save for Jake & Maude and Queen Ida), the potential cast of thousands can be reasonable whittled down by half, and hardly anything would change.

And yet, surprisingly enough, even though the Anteater has more success at getting his meal ticket than any of his contemporaries, he doesn't seem to actually ENJOY eating ants that much.  During these brief self-pitying intervals, his resemblance to the Coyote of Road Runner fame is practically identical and impossible to miss. 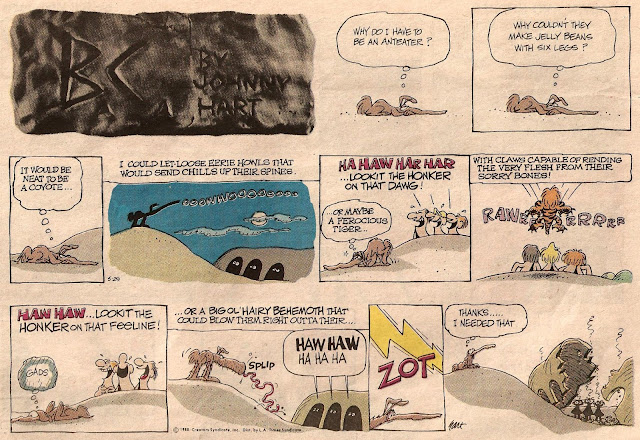 In the early years when BC was at its creative height, a minor subplot was tried out when the Anteater came across an unusual object during one of his normally uneventual walks. 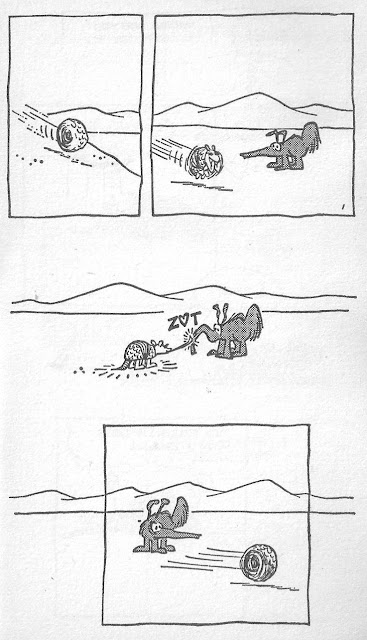 Naturally, this has the intended effect on our intrepid snorting-bugs-up-the-nose sucker. 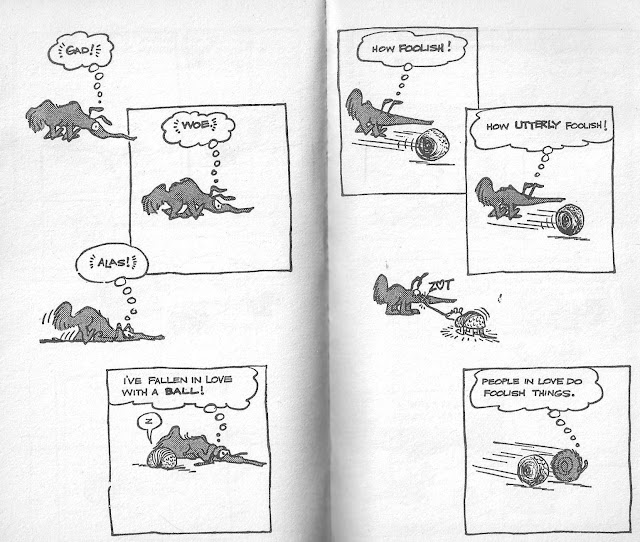 Sadly, despite this common element, there's never any scenes of the pair going off in their shared mutual activity - eating ants.  Rather, the only thing they do is roll around together, and not in the romantic sense. 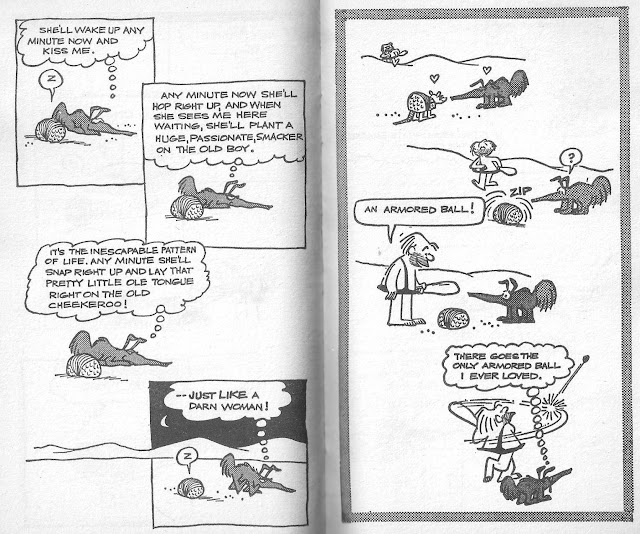 You'd think that an armadillo would be an unsuited partner for an anteater, and would smack of inter-species romance, since the only common factor between the two of them is their long prehensile tongues, but a little research shows that they're part of the same myrmecophagous family so it's not that entirely far-fetched. 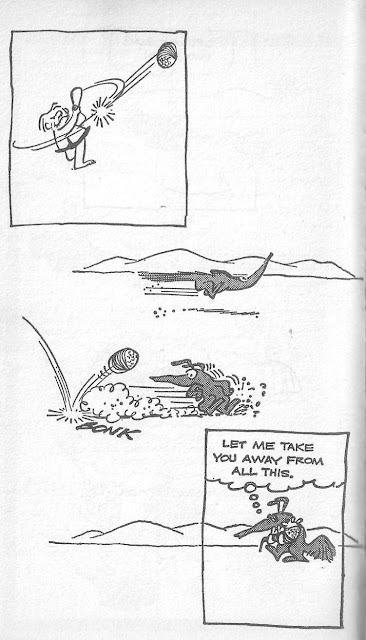 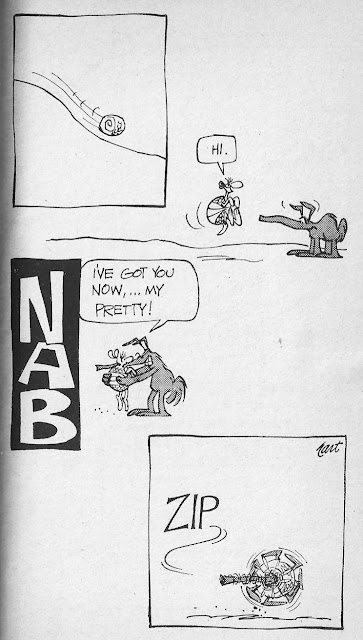 Apart from a few sporadic appearances throughout the years, she remained an obscure and forgotten animal compared to the other more memorable creatures such as the Clams with legs, Gronking dinosaurs and the ever quotable Apteryx, the wingless bird with hairy feathers.  Since not many people would've been aware of her origins upon first sight and long-time readers would've forgotten how the couple met in the first place, her eventual absence became a distant memory, and would puzzle new readers wonder what she was. 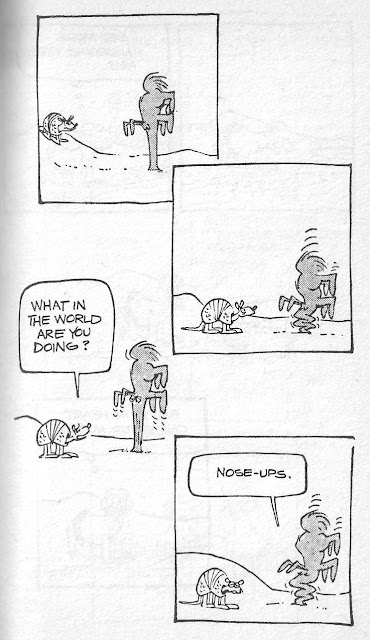 Considering that an aardvark is part of the anteater and armadillo family, there's lost opportunity for a love triangle there.  (Good thing Cerebus wasn't around back then to muddle things up worse)  But BC was really more about the puns and visual jokes than romantic endeavors.  That realm was mostly covered by the Soap Opera-ish episodes of the various affairs between the ants.