Weighing in on February 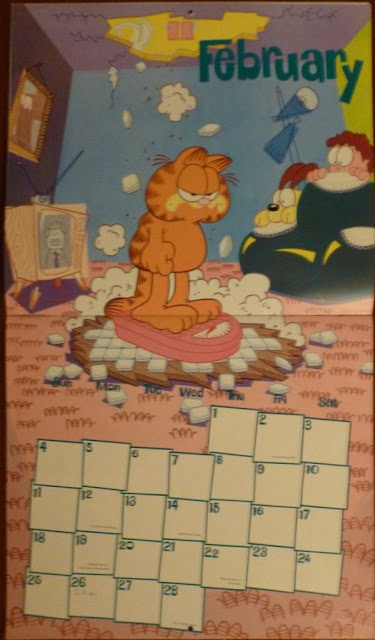 Unlike other franchisable comics that rely on Valentine's Day as a theme, Garfield has no sentimentality for such commercialism, which is somewhat ironic, given the cat's worldwide merchandising.  Before the Jon/Liz pairing, the closest the comic ever got to portraying romantic conventions was with Arlene, and my personal crack pairing, Jon/Irma.  (Admit it - the two have more chemistry together than with anyone else, and Irma is enough of a character herself.  Just think of her as Kimmy 1.0)  Even for the Calendar pages, Arlene hardly makes much of a presence, other than to appear alongside Garfield. 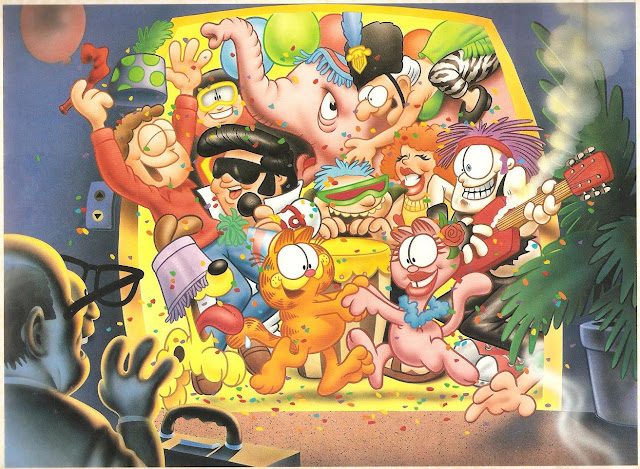 This is for you upwardly mobile party goers.  Confiscate an elevator in a busy hotel where a convention is taking place, decorate it tastefully with balloons and streamers, and encourage friends to bring instruments.  You will make all kinds of new friends and have a great time until security catches you.

This certainly isn't the kind of party that would appeal to claustrophobic people who were intimidated by the infamous closet scene in Night at the Opera, and probably violates the passenger limit as well. 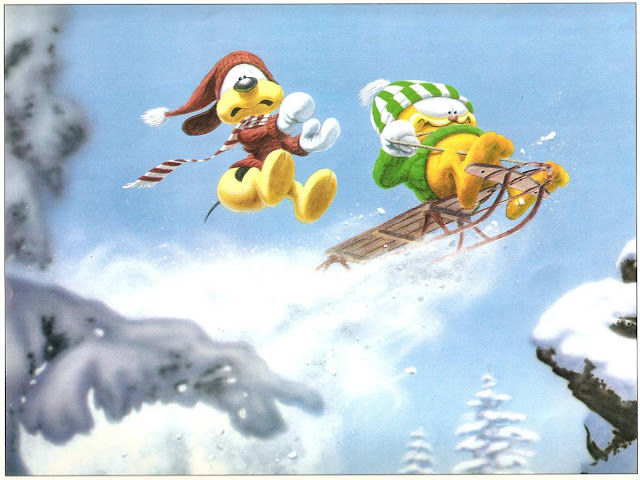 Dear Diary... Today, all my nine lives flashed before me. 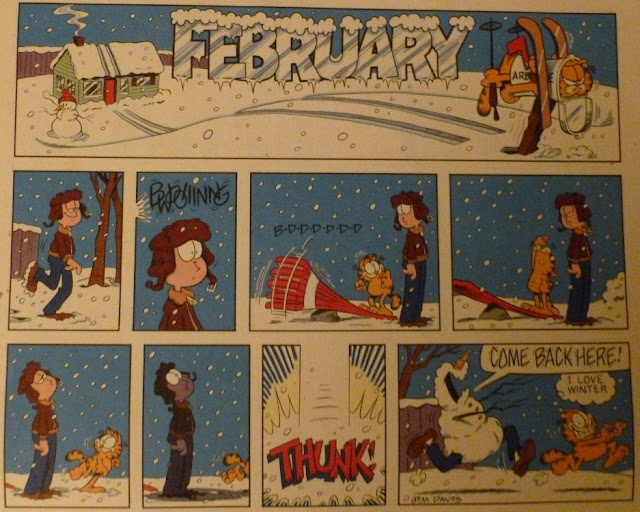 In order to play this trick, Garfield would have had to do the following steps:

And now I've just realized that I've spent more time and effort analyzing the needlessly complicated set-up for a rather elaborate prank that I never really noticed before.  Goes to show who blindly enjoying something for years without thinking about the underlying inherent weirdness there.
Posted by DeBT at 7:09 PM