Chances are you're already familiar with the concept of Garfield Minus Garfield, with Jon mainly talking to himself and his surrounding objects.  Basically, they would have the same effect if Jon Arbuckle just talked to a household plant, with similar results.
However, like all legacy newspaper comics that's existed since the 50's, Peanuts got there first. 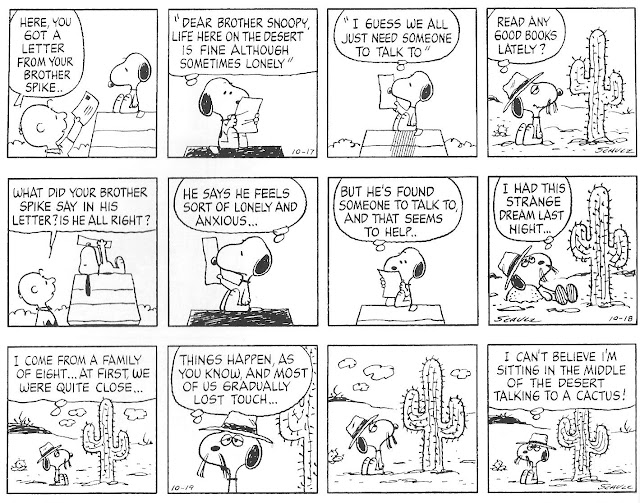 Unlike the majority of other rival cartoon brothers who are either cooler or more talented than the main characters, Spike is the sole exception to that rule.  Also, unlike Jon, Spike at least seems aware of how crazy it is to talk to something that doesn't talk back.  It's the equivalence of Tom Hanks in Cast Away keeping his sanity by having lengthy conversations with a volleyball. 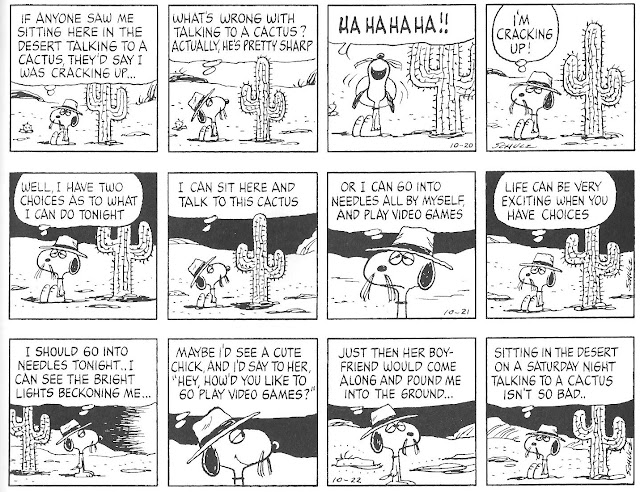 While Snoopy goes off into wild realms of his imagining as the WWI Flying Ace, Joe Cool or the World's Famous Hockey Player, Spike lives out in the desert where apart from being in servitude to the coyotes, his only faithful constant companions are the various cacti littered about the scene. 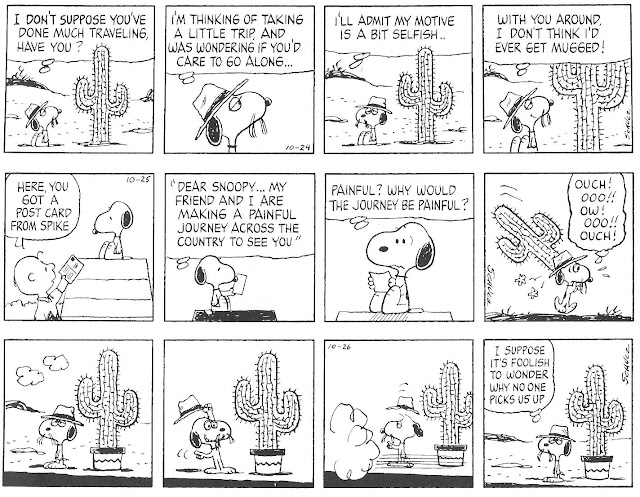 When Spike's not engaging in heated monologues with these silent prickly plants, he indulges into meetings of which he is the sole member.

Whether Garfield Minus Garfield was subconsciously inspired by Spike's internal ramblings is somewhat debatable, but once I saw the similarities, it was hard to miss, and becomes more hilarious than sad in retrospect.