For a long time, one of my dream projects in finding an artist suitable enough to do personal requests to combine two similarly themed characters meeting each other at the same time, and being surprised at what they see.  So imagine my surprise when upon doing a random image search that I found someone else had done something remarkably similar. In addition, Luis' artwork is suitably cartoony enough for my liking and appeals to my taste.  Also, while my idea was for the characters to be standing across from each other (something to make it easier for the artist to differentiate on drawing styles between the two), Luis was able to integrate both characters interacting with each other.  My personal favorite is probably the faceless argument between Rorschach and The Question: It's nice to find out that someone else's had a similar idea to yours and improved upon it.  (Though it can sometimes feel a little discouraging as well)  The whole thing started out from a silly illustration between Hellboy and Etrigan.  Though my initial thought was that it would be a meeting between Etrigan and Firebrand from Gargoyle's Quest.  Two powerful demons that are well-reputed for being incredibly difficult to control and destroy.  I suppose the fact that I'm not heavily invested in S-hero comics might have something to do with it.

As a bonus, here's the two of them in sprite form.

While the most obvious choice for this kind of setup would be something along the lines of Captain Picard of Star Trek: Next Generation meeting Professor X of the X-Men (especially since both were played by the same actor, Patrick Stewart), I opted for slightly more obscure comic figures:

Don Martin's Captain Klutz and Domino Pizza's Noid.  Two ridiculously costumed men who constantly set out to do their missions.  (And fail) 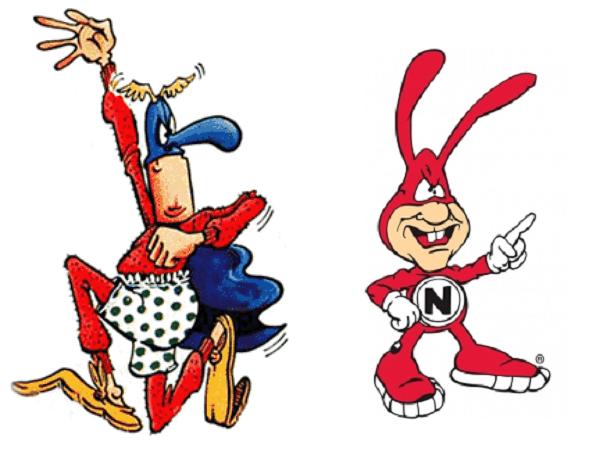 Two short creatures that look nothing like the typical races they're supposed to portray: Alf, a furry alien creature, and Cerebus the Aardvark with an extremely short pig-like nose.  Note the similar tuft of hair! 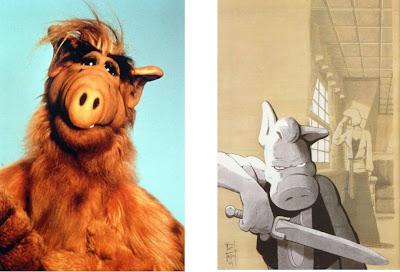 As a bonus, there's a fan drawing of Alf drawn Cerebus-style here.

Some others I wanted to include, but couldn't for lack of finding appropriate images: 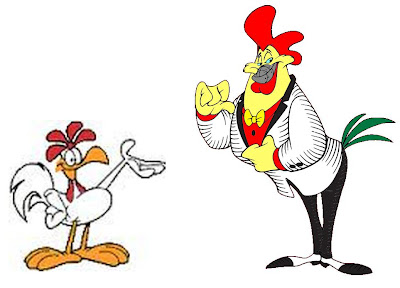 But all that's merely just a warm-up.  What I'd really hope to accomplish is a drawing of Brooke Shields of the infamous Jeans commercial inflated to 50-foot Woman proportions, knocking down buildings in pursuit of screaming young blonde boys in red striped shirts with the caption: 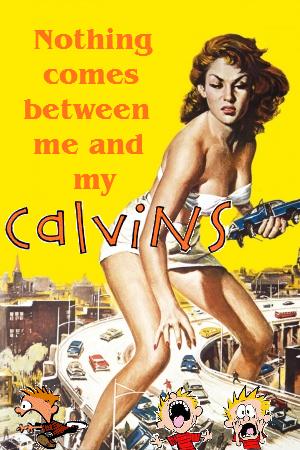