A New Year of Old Garfields 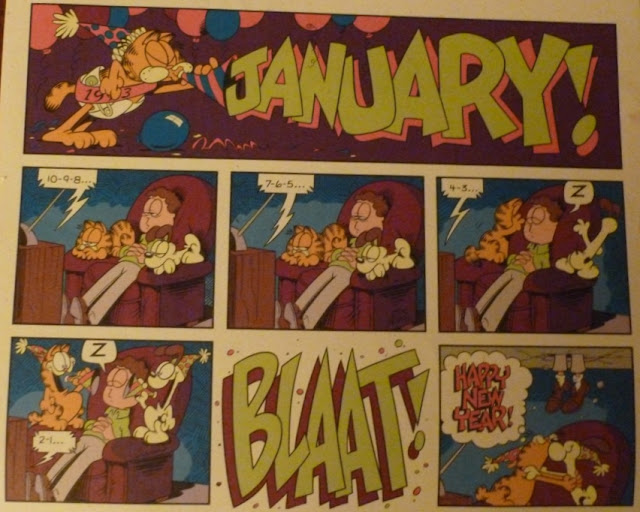 It seems somewhat appropriate that the latest SQoMG strip should have a contribution I made two years ago on the very day that I decided to share my collection of Garfield comics.  Usually I wait several months to give my backlog of old strips a chance before the newer ones are shown first.  Keep in mind that these early strips I contributed are of differing quality, and a lot of them were variations on a theme before I started being more subjective in my comics.  But I chose my strips based on whether or not I could string a certain theme throughout various strips.  That's why there's multiple entries for venetian blinds, and not one for Odie's obsession with dingle balls.  (Looking back, I'm kind of regretting not including the first panel of this strip for this one)  If there is a "last" Garfield strip I plan to contribute, it'll probably be a combination of all of Lyman's appearances into one comprehensive narrative.  Trying to find one with the brief examples is just part of the challenge.

With that explanatory exposition out of the way, I might as well start by pointing out the various Garfields sprinkled throughout today's post.  As promised earlier, this year's calendar theme will focus on the fat cat, and each calendar has a different riding theme.  The 1993 calendar has 12 entirely new Sunday comics that could be considered "lost" Garfield strips that wouldn't be out of place in the newspaper, though truth be told, most of them are not very funny. 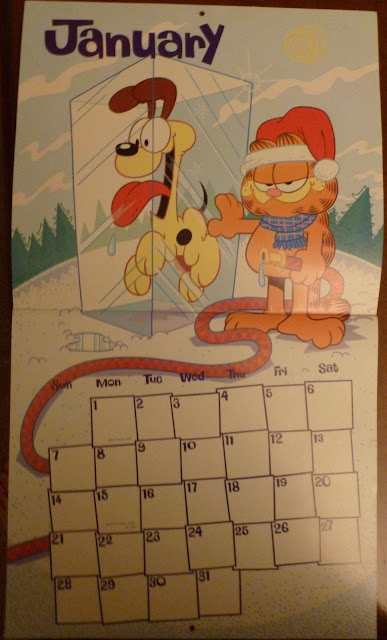 Meanwhile, the 1990 calendar is just basically a full-sized Garfield image taking up both pages, which could explain why these calendars haven't been collected into one handy format.  It's the last two that would be of more interest to those seeking something with more meat to their Garfield content.  The 1988 Calendar was titled Year of the Party, with each month paying tribute to a certain theme, even if they didn't exactly fit with the holidays usually associated with that particular month.  The first one is a certain topic I brought up earlier, people not wanting to admit that summer's over: 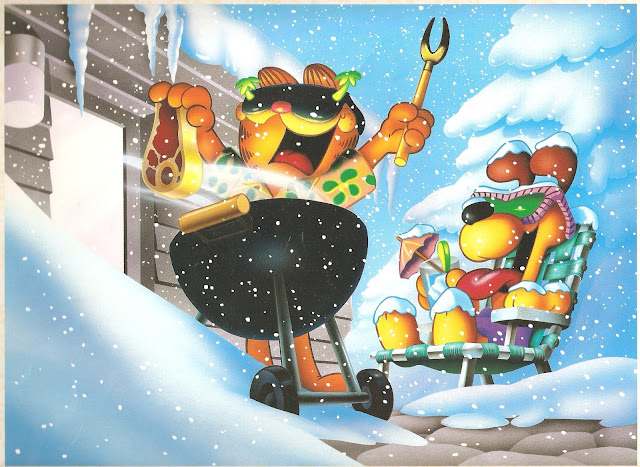 Wait for a calm, sunny day, and put on your best Hawaiian duds.  Drag out the grill and defy winter with a January cookout!  This should really freak your neighbors out.

My scanner wasn't large enough to capture both the image and text, so I'll be writing up the description after each picture.  The 1987 calendar was presented in a Dear Diary... format.  The Dear Diary entries are not exactly chuckle-worthy, but more quieter reflections of poignant moments during Garfield's life that are reflected with paintbrushed artwork.  The diary entries were already in cursive, so having them presented in printed letters may make the written sentences more understandable, though something may be lost in the transition. 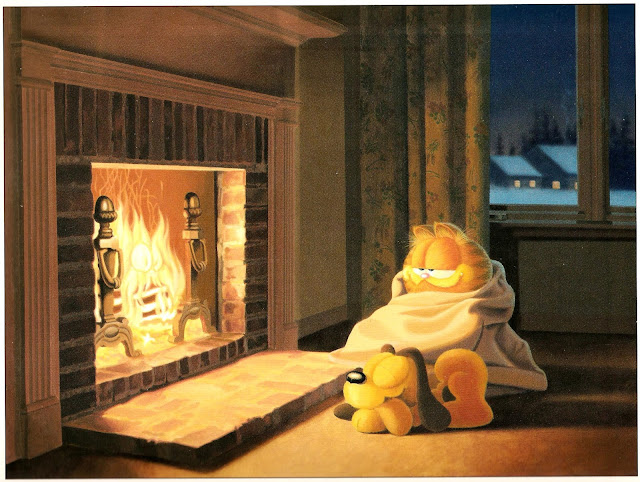 Dear Diary... Tonight, I thought I saw Uncle Ed in the fireplace.
Posted by DeBT at 1:11 PM